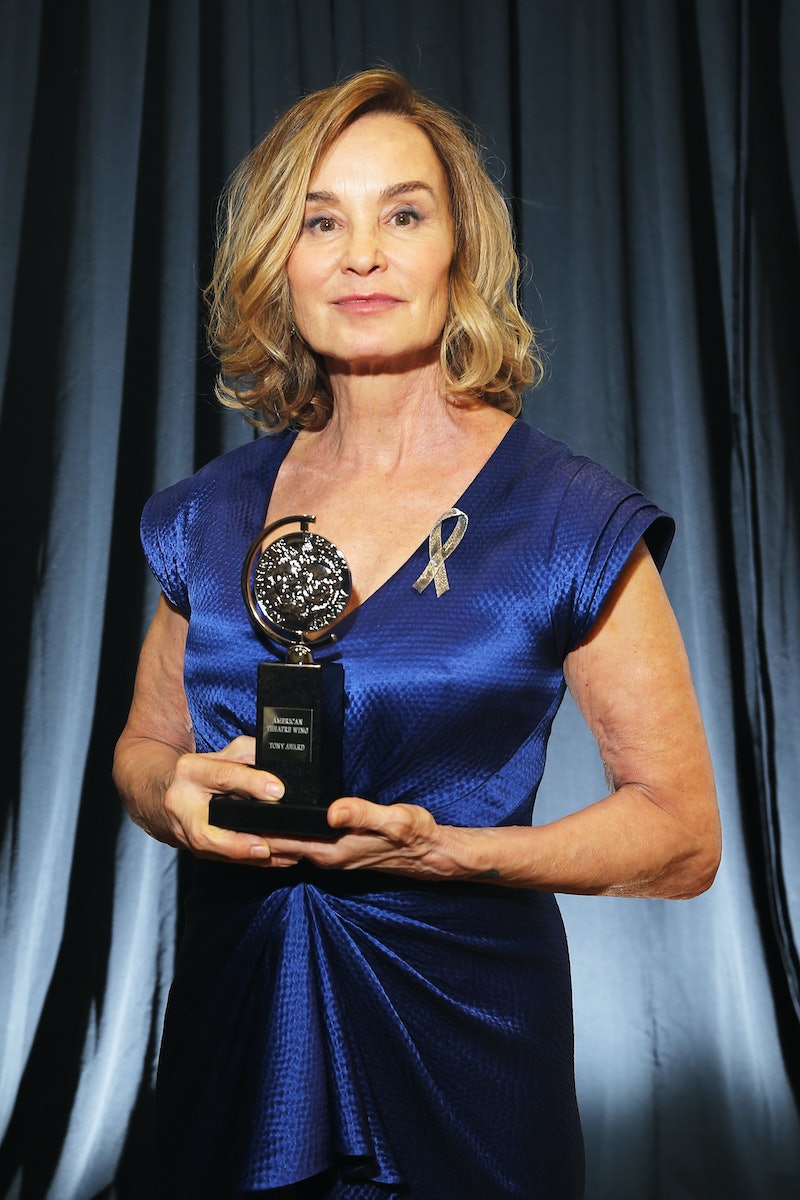 As horrifyingly thrilling as it was to check into American Horror Story: Hotel last season, there's no denying that there was a distinct presence missing from the casting line-up. I'm referring, of course, to the one and only Supreme herself: Jessica Lange. After parting ways from the FX series immediately following Freak Show, fans have been eagerly hoping for the actress's eventual return with each passing season. Hotel may have been a bust, but is it possible that Jessica Lange will be in American Horror Story Season 6? I mean, the series is already shrouded in mystery this year due to its unknown theme, so not add a major comeback into the mix by one of the show's most beloved actors? But as amazing as all of that sounds, I'm afraid our hopes are doomed to be squashed yet again.

Initially, Lange seemed open to the idea of coming back in some capacity if the role was right, telling The Wrap that "If Ryan [Murphy] came to me and said, ‘Would you want to do a small character for a couple episodes?’ I would absolutely say yes if I liked it." Obviously, this sent fans (myself included) into full-on hysterics, hoping beyond hope that this signified an upcoming return. However, the actress later revealed on The Charlie Rose Show that in no uncertain terms would she be heading back to the AHS universe.

"I had four years with that, four seasons, and each year was a marvelous character," she told Rose (around the 6:55 mark). "Everything changed from one year to another which made it very interesting to me. But no, I think sometimes you come to the end of something and it has had its natural [end]."

I want to believe this is all some huge Jon Snow-esque tactic to throw us off track for when she suddenly appears in the middle of Season 6, but I can't deny that the odds of that happening look pretty slim, especially since her main incentive was so that she could work with Murphy again — something that is already guaranteed to happen now that she's signed on to star in his upcoming FX series Feud , where she'll star as Joan Crawford opposite of Susan Sarandon's Bette Davis.

Granted, that in itself is great news since it means Lange is definitely coming back to the small screen in what's sure to be another unforgettable performance. And considering that The Hollywood Reporter states that production on the series won't begin until fall 2016 (to debut sometime in 2017), I suppose it's possible Lange could make a brief cameo on AHS Season 6 in either an old or new role. (Remember, Murphy has said countless times that all seasons of the show are connected in some way.) However, even I — an avid Lange supporter — have to admit that the prospect looks highly unlikely. So I guess you can look at this as a mixture of both good and bad news. Yes, Jessica Lange is returning to FX, it just won't be in the American Horror Story realm.

More like this
'Who Killed Sara?' Won’t Return For Season 4
By Brad Witter
Twitter Has Very Mixed Feelings About The New 'American Idol' Winner
By Jake Viswanath
'Obi-Wan Kenobi' Takes Place After This Key Star Wars Movie
By Arya Roshanian
Jack's Facial Hair Moments On 'This Is Us,' Ranked
By Grace Wehniainen
Get Even More From Bustle — Sign Up For The Newsletter