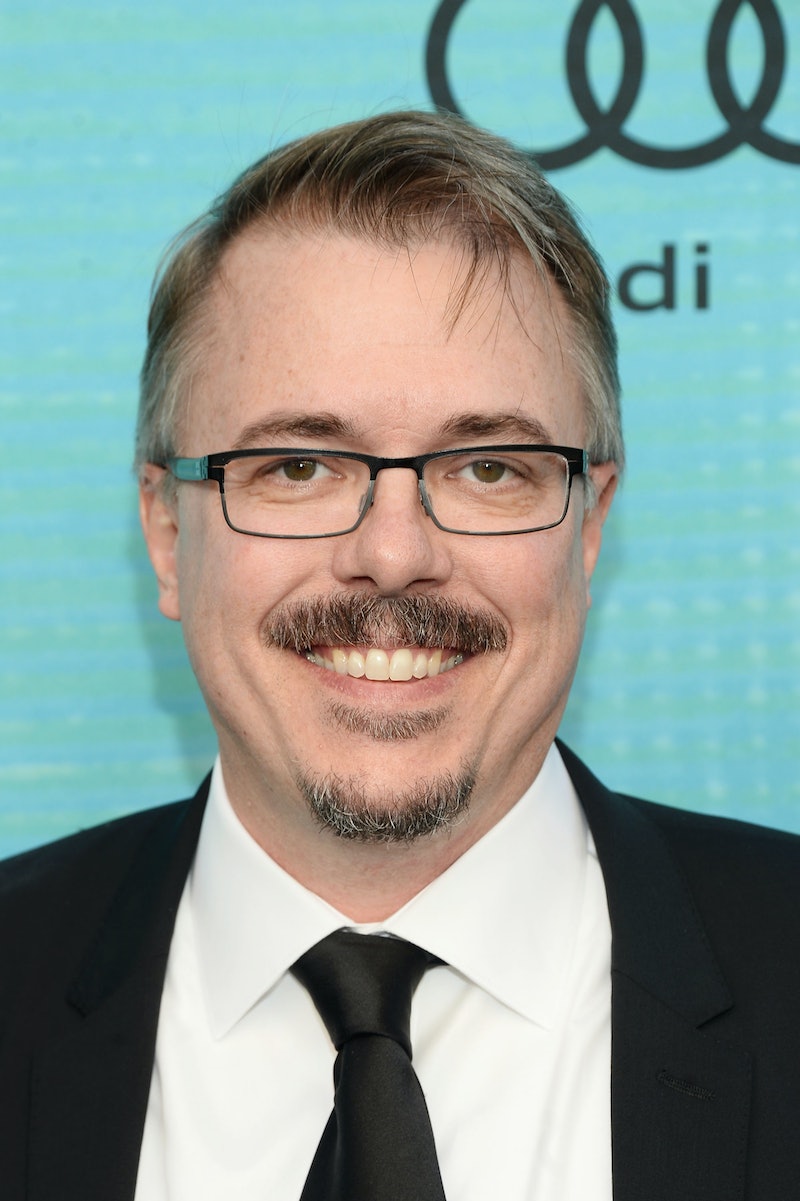 National treasure and creator of Breaking Bad, Vince Gilligan, is back at it again. That is, back at filling our TV screens with more atmospheric, addicting dramas: According to The Hollywood Reporter, Gilligan has officially signed on to both write and produce an HBO limited series about real life cult leader, Jim Jones, who is best remembered as the man who led a mass-murder suicide in 1978 in Jonestown, Guyana. Joining Gilligan will be producer Michelle MacLaren, aka the woman responsible for the direction of 11 Breaking Bad episodes, and actress Octavia Spencer, who has previously optioned the source material though she, allegedly, will not appear in the series.

Titled Raven, the show will revolve around the aforementioned infamous cult leader Jones and the mass-murder suicide he and his cult conducted in '78. Additionally, it will be adapted from journalist Tom Reiterman's book, Raven: The Untold Story of Jim Jones and His People. If you're not familiar, the Jonestown suicide made headlines in 1978, when over 900 of its members died from ingesting cyanide poisoning. Jonestown remains the largest mass suicide modern history.

Raven will explore the history of the cult from its beginning to its devastating end in Jonestown. Though the adaptation will look closely at Jim Jones, it will also turn its lens on his follows, and investigate how so many of them put their faith and trust in Jones.

Since Breaking Bad wrapped up in September of 2013, nothing has been able to take its spot. Sure, we have Better Call Saul, which is outstanding in its own right for many reasons, but fans of Breaking Bad have been anxiously awaiting another dark and twisted Gilligan-led show that focuses on something entirely new. Something that breaks (sorry) the mold like Breaking Bad. Enter: Raven: The show about a man who makes Walter White look meager in comparison. Given the fact that it's all based on a true story, it's even more shudder-inducing — at least all the terrible things Walter White did were made up.

Speaking of Walter White, how incredible would it be to see Bryan Cranston as Jones? At the very least, maybe Aaron Paul can have a small role? After playing Eddie Lane, member of an apocalyptic cult called the Meyerist Movement on Hulu's The Path, he'd be totally ready to take on this gig. Let's not rule it out, people.

More like this
Where Is Oscar Torres In 'Only Murders In The Building' Season 2?
By El Hunt
Yinka Bokinni Recalls Terrifying Truth At Heart Of 'How To Hire A Hitman'
By Frances Stewart
“The Door Is Always Open” For Another 'Breaking Bad' Spin-Off, Says AMC Boss
By El Hunt
The “Beatrice Six” Were Awarded $28 Million After Their Wrongful Convictions
By Brad Witter
Get Even More From Bustle — Sign Up For The Newsletter