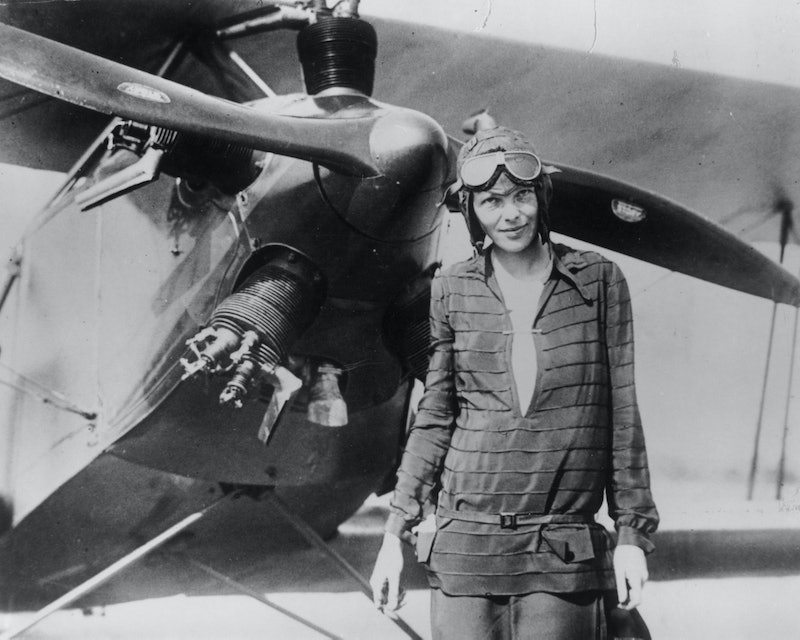 Throughout history, the accomplishments of women have frequently been erased to make room for immortalizing the feats of men — and sometimes even men taking credit for the work of pioneering women. But just because women aren't always in history books doesn't mean we haven't made history. In fact, there are many women in history who defied gender norms, and, in doing so, accomplished amazing things. The stories of these women are woven into the fabric of history, and no amount of mansplaining can un-break the barriers they broke.

Of course, it goes without saying (but I will) that there are far too many women in history who dared to defy traditional gender tropes than I could possibly include in the narrow confines of this article. This is why I urge you, wholeheartedly, to get your own hands on history ... or, rather, herstory. Perhaps one day the text books our children are taught will be more inclusive — not to mention accurate — in their depiction of the roles women have played in history but, until then, we simply have to lay our hands on the truth and claim it for ourselves.

We start here, with the following 13 trailblazers. In a world which has at times proved fatal for a woman who dares to challenge convention, these women did so any way.

During her time as a pirate captain in the 1800s, Ching Shih commanded an armada called the "Red Flag Fleet" consisting of a rumored 1800 ships and 80 thousand men. She is considered one of the most prosperous pirates in history.

Born into slavery during a time when perceived insubordination could have resulted in an African-American woman getting killed, Ida B. Wells became a civil rights activist, suffragist, and journalist after she refused to give up her first-class seat on a train to Nashville. She sued the railroad and won but, when the case was overturned by the Supreme Court, she began to write about racial injustices and spent the duration of her life as an activist.

Have you ever stared at your computer screen and wondered who ever thought up this stuff, and how? Well, the answer to the first part at least we can sort of pin down: Ada Lovelace. A gifted mathematician, she is widely considered to be the person responsible for writing instructions for the first computer program in the mid-1800s.

Although born the daughter of a Shoshone chief, Sacagawea was captured at the age of 12 by an enemy tribe and sold to a French-Canadian trapper. However, in November of 1804, she became the only woman on the much fabled Lewis and Clark voyage into the American West. A skilled interpreter and cunning mind, she is often given credit for the success of their expedition.

Let the record show that Eleanor of Aquitaine was a force of nature. In her tremendous life, Eleanor became the queen of France, the queen of England, and a leader in the crusades. She was also credited with establishing the rituals of chivalry and inventing the fireplace. By most accounts, she is considered one of the most influential and powerful figures (man or woman) of the Middle Ages.

Not only was Jeannette Pickering Rankin the first woman to be elected to the U.S. Congress — she was appointed to the U.S. House of Representatives in 1917 — but she was elected to her position several years before women in the country had even secured the right to vote! She was an outspoken feminist, suffragist, and overall badass.

When you think about the person who wrote the first full-length novel, you probably don't think of a woman. That's because history has conditioned us to give most of the "firsts" up to the men in textbooks. However, Murasaki Shikibu is in fact thought to be the author of the world's oldest novel, The Tale of Genji.

We all know the story of Paul Revere, right? Well, have you heard of Sybil Luddington? Don't feel bad if your answer is no. Most of us haven't, and it's a damn shame. Luddington, who was only a teenager at the time, rode on horseback across Connecticut to warn soldiers of an imminent attack on Danbury. History has her crucial ride pegged at roughly twice the distance of Revere's.

If you think we need more women in the STEM field now, just imagine how dire the need was back in the '40s and '50s. Yet that's precisely the time period when brilliant scientist Barbara McClintock rose to prominence for her discovery of mobile genetic elements of "jumping genes" — an achievement for which she won the Nobel Prize in 1983.

To be fair, there are so many legends of Molly Pitcher that it can't be said with all certainty what this hero's actual name is. However, all sources identify her actions the same — during the American Revolutionary War's Battle of Monmouth, her husband collapsed in battle. Having been nearby carrying pitchers of water, she grabbed the cannon and took over its operation until her husband could right himself.

Few females in history are as well-known by name alone as Joan of Arc. During the Hundred Years' War, this tenacious peasant girl led the French army to momentous victory before being captured and burned at the stake at the age of 19.

When Liluokalani's younger brother, William Pitt, passed away in 1877, Lili'uokalani was named heir apparent to her older brother, David Kalakaus,' throne. She would subsequently become Hawaii's first queen and the state's final sovereign ruler before being annexed b the U.S. in 1898.

One of my personal favorites, Amelia Earhart was a woman who decided on a whim to learn to fly after watching an airshow — and who would later become the first female pilot to fly across the Pacific Ocean in 1937. Although she mysteriously disappeared that year while trying to circumnavigate the globe, her legacy of fearlessness lives on.