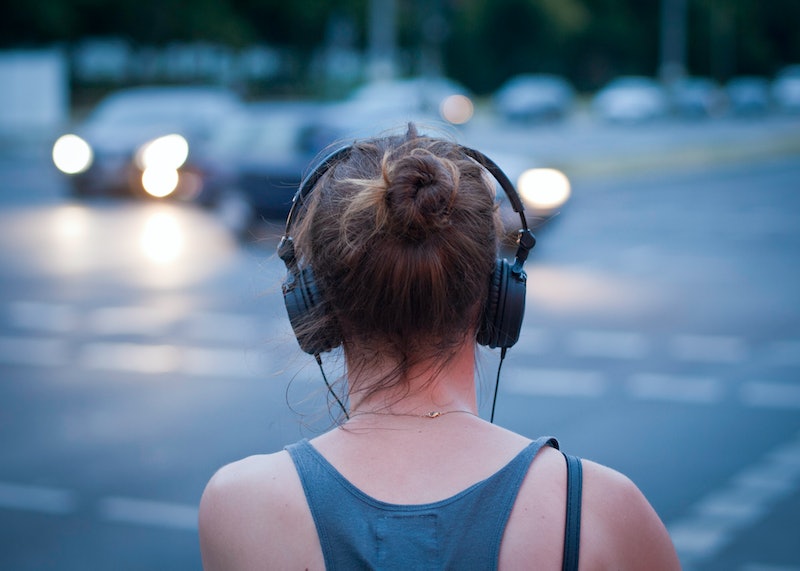 It's not hard to come across big, splashy instances of the ubiquity of gender norms; the disproportionate amount of men in STEM fields, violently negative attitudes toward male crossdressers, and the insult "like a girl" are just a few examples of the pervasiveness of the gender binary. That being said, there are also plenty of things you deal with every day based on gender norms — things that might not seem like a big deal at first, but which, upon closer examination, speak volumes about how society views gender.

Although the two terms are often used interchangeably, sex and gender aren't the same thing — and it's incredibly important to make the distinction between the two. Sex generally refers to someone's biological and physiological characteristics, whereas gender refers to behaviors and roles that are almost entirely dependent on societal norms. We're taught to obey gender norms literally from birth, when we're swaddled in a blanket denoting our status as a boy or girl, and the indoctrination only continues from there.

Some expectations are more obvious than others — boys are expected to hold in their feelings, whereas girls are encouraged to be more emotional, etc. — but there are plenty of ways gender norms sneak into our lives without us realizing, even as adults. Let's take a look at a few below — and while we're at it, let's take a second to remind ourselves that just because these things typically tend to be based in gender norms, you don't have to follow those norms if you don't want to.

Have you ever gotten drinks with a male friend and ordered a beer, only to have the bartender switch your drinks? If you're a lady who likes beer or a man who likes sweeter drinks, it's a pretty common occurrence, and we have good ol' gender norms to "thank" (by which I really mean something more like "blame") for the mix-up. Women are traditionally expected to order sweeter, supposedly weaker drinks — although I dare anyone who's tried an alcoholic PSL to say it's weak — while men are "supposed" to stick to more manly fare like beer.

2. Your Commute To Work

If you've ever identified as a woman, chances are you're intimately familiar with street harassment. Every time a woman sets foot outside her apartment, her body becomes grounds for the (generally straight, male) public to "express their appreciation," aka barrage with sexual harassment, as loudly and embarrassingly as possible. That being said, street harassment isn't the only way gender norms pervade your public life. Have you ever heard of a little thing called "manspreading?" Used to describe the way men tend to spread their legs on public transport, taking up as much space as possible, many believe manspreading is an extension of male entitlement. The term gained traction in 2014 as women decided they'd had enough of being squished every time they took public transport. In fact, the sentiment against "manspreading" became so widespread that the Metropolitan Transit Authority in New York actually launched a campaign pleading with men to keep their legs to themselves.

It didn't work, of course, but it was a nice thought.

Have you ever been exchanging pleasantries at work when someone turns the conversation to the "funny" way you end your sentences? Gender norms are so deeply ingrained in even the most well-meaning among us that we're trained to judge women from the second they open their mouths. Uptalk and vocal fry, which are typically associated with "Valley Girl speak," are seen by many as an excuse not to take women seriously — after all, surely a woman isn't serious about her job if she speaks like Kim Kardashian. It's just another way of literally silencing young women — and the worst part is that we're expected to change the way we speak to cope with it. Here's an idea: Why don't we start expecting society to listen better instead?

4. Actually, Any Conversation Ever

Even setting aside the issue of vocal fry, men traditionally dominate conversations with women; study after study has shown that men tend to talk over women. The topic of "manterruptions" exploded earlier this year when Google executive Eric Schmidt continually interrupted a female audience member at SXSW, although the most notorious incident is most likely when Kanye West took the stage during Taylor Swift's award speech at the 2009 MTV Video Music Awards. Of course, it's not as if all men are actively trying to silence women; studies have shown that we play a part letting men have the floor. It's true that the solution requires men to shut up, but women also have to speak up, too.

To be fair, you've probably noticed that your paycheck is heavily dependent on gender norms. As much as naysayers pretend that the wage gap is due to the different career choices women make — which ever-so-conveniently places the onus on women to change the situation — research has shown that this view is simply untrue. Even accounting for hours worked, individual differences, and job tenure, there's a significant difference in pay that can't be explained by anything except discrimination against women. As a result, we only make an average of 79 percent for every dollar a white man makes — and the gap is even worse for women of color.

Oh yeah, and it's getting worse overall, too. Fun.

Have you ever set foot in a weight room and suddenly found yourself extremely aware that you're the only woman in the area? Although there's little research on the subject, there are clear gender norms when it comes to working out: Women are heavily discouraged from developing visible, "bulky" muscles, which leads them to shy away from weightlifting. Conversely, men are expected to maintain the build of Arnold Schwarzenegger in his prime, leading many men to develop an interest in lifting weights over cardio or fitness classes.

Let me explain. As pervasive as gender norms may be, we aren't destined to labor under societal prejudices forever. Research has shown that having a daughter makes new fathers reexamine traditional gender roles, and they often end up revising their opinions on the subject. Basically, you managed to make your dad a feminist just by existing. It doesn't get any easier (or cuter) than that.

More like this
20 Things You Should Never Tolerate In A Relationship
By Rachel Sanoff and Kathleen Ferraro
The 5 Best Anti-Chafing Sticks
By Lauren Moison
Which Cast Member of 'Westworld' Season 4 Has the Highest Net Worth?
By Meg Walters
These Hidden Gems On Amazon Can Make Your Home Look 10x Better For Less Than $35
By Maria Sabella
Get Even More From Bustle — Sign Up For The Newsletter