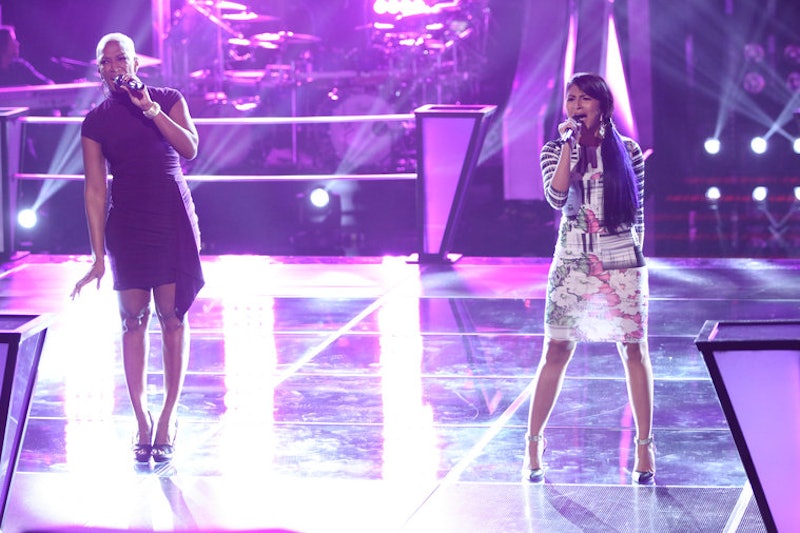 How'd the first night of The Voice Battle Rounds go? Um, I cried three times. So, it was a success. The first set of tears were happy ones. They happened when Blake Shelton saved Biff Gore after Biff lost the Battle against T.J. Wilkins. I was rooting for both of them SO HARD. It was such an energetic and impeccable performance, and I couldn’t stomach the thought of either of them leaving the show. Fortunately, both are sticking around! The second time? Tears o’ sadness. When DeShawn Washington lost to Dani Moz, and no one saved him? UGH. My heart. Dani was phenomenal (and probably deserved the win), but there’s something about DeShawn. I was so sad that even after the other coaches said they’d pick him, they didn’t save him. And when did I cry a third time? When Jake Barker and Stevie Jo NAILED those harmonies. GORGEOUS.

But the major moment of Monday evening's ep? Let's dig in:

Blake pit Paula Deanda against Sisaundra Lewis. Oh boy. OH BOY. I was excited about this (because I love any time we get to hear two powerful voices), but my excitement dissipated the instant I remembered that one of them would inevitably be crowned the loser. DANG IT. Blake chose “Do What U Want” (he said he liked last season's Lady Gaga and Christina Aguilera performance, because of course he did. Blake isn’t a turd. Only a turd wouldn’t be obsessed with that performance), which OH BOY. WHOA NELLY. “Do What U Want,” eh? Bring it on.

Quick digression/shoutout to advisors The Band Perry. During the coaching session, the Team Blake advisors told Paula to find her “Paula Moment” in the song, and that Sisaundra warbled “just a titch.” Well, those notes and The Band Perry are pretty adorable.

The Sisaundra/Paula Battle Round was really good. So. Much. Belting. So many harmonies. They WENT for it. See/listen for yourself: 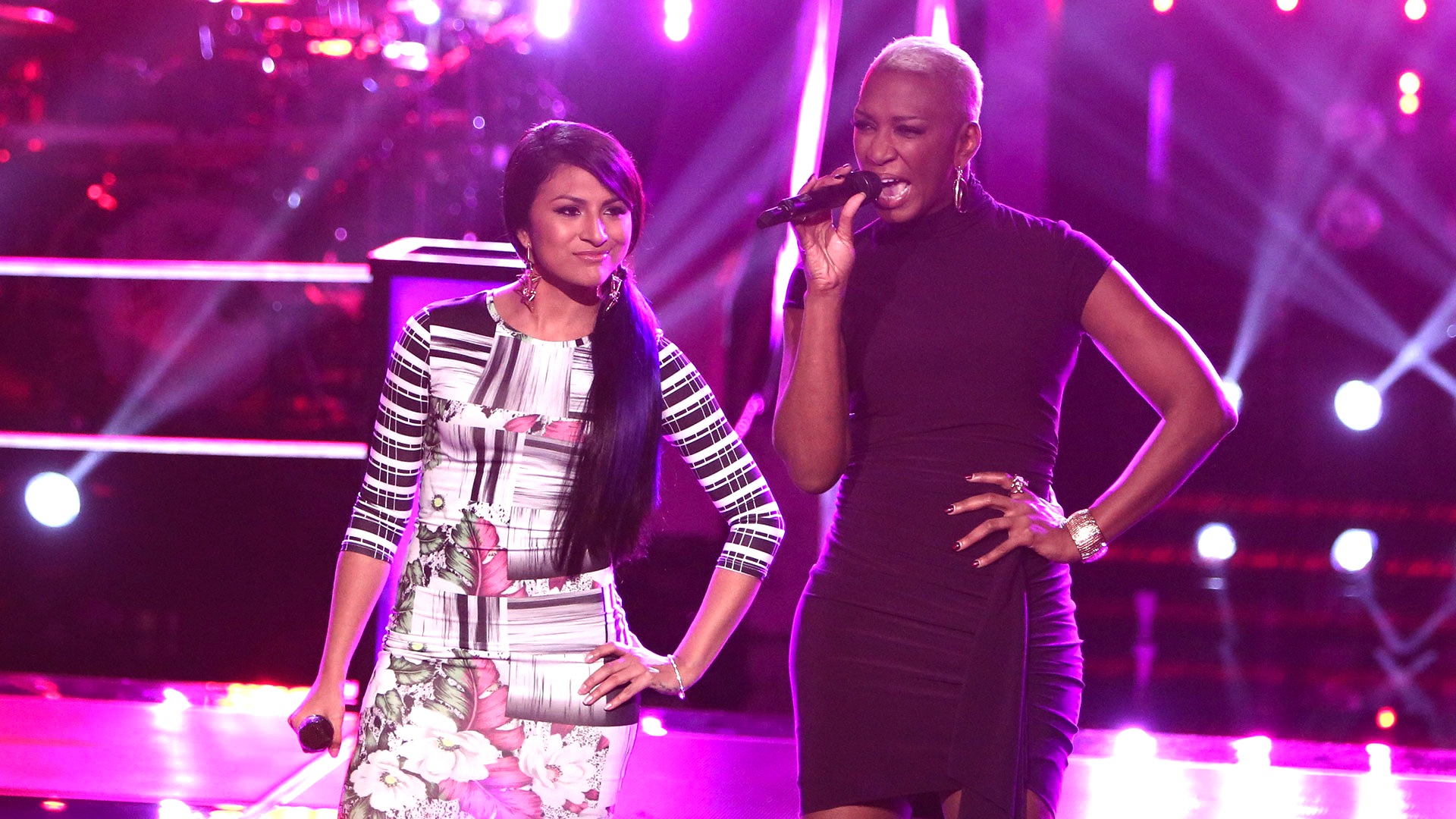 Why didn't I cry at The Note? Why wasn't it my fourth cry of the night? Because The Note paralyzed me and my tear ducts. I was physically incapable of producing tears.

The coaches were obsessed with The Note. They talked about other parts of the duet, yeah, but you could tell that The Note was the only thing on their minds. Paula did a wonderful job, but Sisaundra was The Note culprit. Sisaundra won. No one saved Paula, which was a bummer. She's so good! But... The Note.

Blake said Sisaundra is an "untouchable" part of his team, which, yeah. I mean, did you hear The Note?