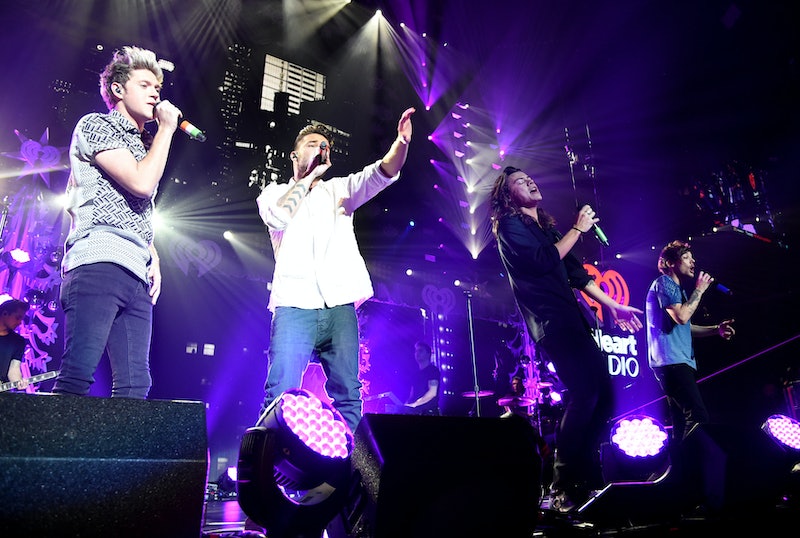 Huge news in the world of One Direction fans everywhere. Early Monday morning, a mysterious “Future Events” section was reportedly added to the One Direction website for tours. And, as you can imagine, the whole fandom went absolutely nuts over the new page. But then, just as quickly as it appeared, the hyperlink full of hope and promise for a new day was taken down. When it happened, you could practically hear the displeasure of fans on social media, that’s how loud the unrest was. But with all of these website changes happening recently, there’s only one thing that fans of the band want to know: Is a One Direction reunion happening? That change on their website seems like something in the works for these guys.

Of course, it hasn’t even been that long since the band announced that they would be taking a break from their grueling schedule of touring and releasing albums over the last six years. With a work schedule that rarely included breaks or vacations, it was tough for all of us who love One Direction, but understandable that the band decided to take a little holiday from all of that work. But as soon as they did, the question of when they would return started popping up in tons of interview and social media posts about the band.

So, the addition of a “Future Events” tab to their website seemed like the perfect indication that a reunion was about to happen. Or at least some time in the near future. But just because the link was later taken down doesn’t mean that a reunion still couldn’t happen.

Maybe someone accidentally put it up before it was ready. Or maybe they didn’t mean to leak the announcement so early. If something is stirring in the world of One Direction, I’m hoping that it happens soon. With Harry Style finishing up filming Dunkirk, and the rest of the boys reveling in their free time, I’d hate to see the band get too busy (or too attached to vacations and down time) to make it happen.

Of course, I hope whatever reunion happens comes in the form of a new album and an international tour, but, even if it were something as small as guest roles on Zayn Malik’s new NBC series Boys, this One Direction fan definitely wouldn’t complain. I’ll take those boys however I can get ‘em.

More like this
Harry Styles Helped A Fan Come Out As Gay In Dramatic Fashion At His London Show
By Jake Viswanath
Britney Spears’ Honeymoon Plans Include Watching This Movie With Her Husband
By Grace Wehniainen
Rihanna Is America's Youngest Self-Made Woman Billionaire, According To 'Forbes'
By Hugh McIntyre
Adele Says It Would Be “Wonderful” To Have Kids With Boyfriend Rich Paul
By Jake Viswanath
Get Even More From Bustle — Sign Up For The Newsletter