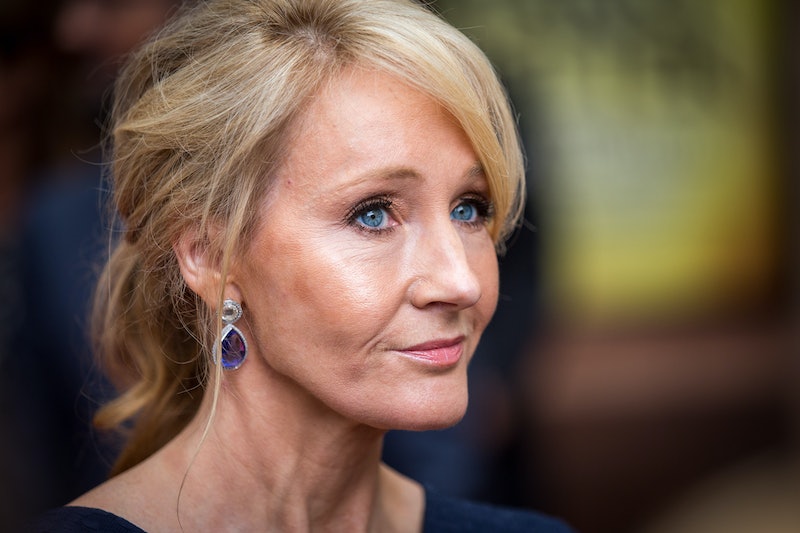 Although I’ve worked and left nearly a dozen jobs since I started making money over a decade ago, I can honestly say that I’ve never been fired. (Though I was laid off once because the restaurant I was working at went under. It sucked.) Not unreasonably, I’ve always felt pretty good about this. I mean, even if you don’t like your job, no one really wants to get fired. But when you consider the fact that a number of highly successful women have overcome being fired — and have even ended up sometimes feeling grateful for it — getting sacked starts to seem kind of, well, badass. Actually, for women like J.K. Rowling and Oprah Winfrey, getting fired was, without a doubt, one of the best things that ever happened to them.

For many successful women, losing their job forced them to re-evaluate what they really wanted to do with their lives, who they wanted to be, and how they were going to make it all happen. As these women have proven, getting fired from one job can truly be an opportunity to pursue better ones, so it really doesn’t have to be a negative experience.

Of course, I’m not trying to say you should go to work tomorrow and try to get yourself fired, because that would be foolish AF. However, if you’ve been fired, or you live in near-constant fear of losing your current gig, then you need to read about just a few of our society’s most successful women who have bounced back from being fired. If they could do it, you can do it. (Though I obviously hope you won't have to.)

OK, so first of all, I had no idea how cool Jewel is. Not only is Jewel her real name, but she literally sang her way from Michigan to Mexico at the age of 16. According to her website, at the time, Jewel was attending a fine arts high school in Michigan which required all of it's students to leave campus for the entirety of spring break. Since Jewel couldn't afford to get home to Alaska, she learned how to play four chords on the guitar and traveled to Cabo San Lucas and back instead. Jewel relied on her musical talent alone to provide her with all the food, lodging, and transportation she would need.

But in addition to that badass-ery, Jewel also managed to bounce back from being fired post-college. Jewel was earning her paycheck by answering phones in a computer warehouse, but she says she got the boot for refusing to have sex with her then-boss. She was homeless for a year after that, but never stopped writing music and playing shows. Her first album sold 12 million copies. Talk about payback.

It's hard for me to believe that someone as talented, driven, and stunning as Kerry Washington was ever fired from anything, but in May of 2013, the Scandal star admitted to being fired from two TV shows prior to landing her infamous role as Olivia Pope. Washington told The Hollywood Reporter's Emmy Roundtable, “Before 'Scandal,’ the only other two pilots I’d ever done were shows that got picked up, but I got fired.” After having her character recast on two separate occasions, I don't think anyone could have blamed Washington if she'd decided to bail on acting altogether — but I think it's safe to say we're all really glad she didn't.

Sallie Krawcheck was fired from a high-level position with Bank of America in 2011, but like so many successful women who have overcome being fired, Krawcheck has positive things to say about the whole experience. In fact, at the 2013 Third Metric conference, Sallie had this to say about losing her Bank of America job: "I got grateful when I got fired ... I said ‘how many people get to get fired and it’s on the front page of The Wall Street Journal?’” Now, Krawcheck is currently a business leader at Elevate — an organization dedicated to helping women succeed.

Before she wrote everyone's favorite book series, J.K. Rowling was reportedly fired from her secretary gig at the London office of Amnesty International ... for daydreaming too much. As Business Insider reported back in 2012, "She secretly wrote stories on her work computer and daydreamed about a teenage wizard named Harry Potter." Reasonably enough, Rowling's former employers couldn't condone such behavior, so she was let go.

Fortunately for all of us Harry Potter fans, Rowling's severance check helped support her, allowing her to finally have the opportunity and time to focus on writing. Now she's a multi-billionaire author of one of the most successful, and arguably influential, book series ever.

As a 20-something, Oprah Winfrey was fired from her job reporting the evening news for Baltimore's WJZ-TV. Evidently, a Baltimore TV producer told Winfrey she was, "Unfit for television news," because she consistently showed too much emotional investment in the stories she was reporting on. Luckily, Winfrey's "demotion" from her evening news spot to daytime television was the catalyst that eventually led to the Oprah Winfrey Show, where displaying her emotion was one of her many strengths.

Before she landed roles in Transamerica and Desperate Housewives, Felicity Huffman was fired from the TV sitcom Thunder Alley, in 1993. Despite that considerable setback, Huffman went on to earn multiple awards, including an Obie in 1995, and Emmy in 2005, a Golden Globe in 2006, and her very own star on the Hollywood Walk of Fame.

You might think of Wintour as the one who does the firing, but at a Teen Vogue conference back in 2010, Anna Wintour admitted to having been fired in the beginnings of her career in magazine publishing. She only had positive things to say about the ordeal, though. In fact, Wintour basically told her audience that they should go ahead and get fired, saying: "I worked for American Harper’s Bazaar ... they fired me. I recommend that you all get fired, it’s a great learning experience.”