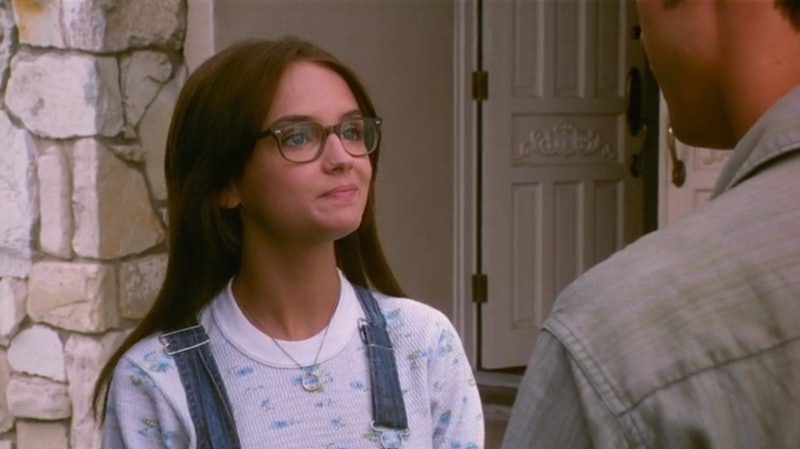 Last night we were all sleeping peacefully in our beds, unaware that some dark corner of the internet was lurking and about to start a trend to roast the '90s on Twitter. And lo, look what a cynical world we have woken to! While it's become hip in 2016 to look back on the days of the '90s fondly, treasuring our memories of scratching our heads in Blockbuster aisles, accidentally knocking the landline phone off the counter, and drinking enough Capri-Sun to turn into one, apparently we forgot that all those things were actually low key terrible (whoops).

To be fair, the '90s did give us some really great things. Plaid flannels. Lunchables. ME. But they also gave us a slew of inconveniences that our sweet summer '90s brains didn't even understand were inconveniences at the time. It used to take so many moons to even log onto the internet that you could live out several Sims lifetimes before actually being able to ask Jeeves anything. In comparison, this morning it took me an extra 30 seconds to connect to our office Wi-Fi, and that was just enough time for me to nearly burn down the building with nothing but my own imploding organs.

So love them or hate them, miss them or want to set them on fire, the '90s were definitely an iconic time. The awkward teenage years of technological development, when we had just enough to feel cool and independent, but would have squinted at the word "iPod" as if someone were speaking to us in Pig Latin. Walk down memory lane with me, '90s kids, for here are all our most roast-able moments.

I actually kind of miss the whole ritual of ~going to Blockbuster~. The journey and subsequent frustration was oddly bonding. RIP, videos and DVDs.

The Noise That Still Haunts Your Dreams

If your life really does flash before your eyes before you die, I sincerely hope it skips this part.

The Irony Of "Ironic"

Make no mistake — '90s babies never let this go. If we had, would this have over 11 million views?

The Realization You Were Going To Be The Worst Parent Ever

And if you did manage to keep one of these suckers alive, you abruptly accidentally killed a Sim or a Neopet. Oopsy-daisy.

Sass From Your Elders

The Clingiest BFF You Ever Had

Clippy: ignoring you trying to ignore him since The Dawn Of Time.

The Woe Of Not Having Your Own Phone Line

And constantly wondering if your brother/their brother/both of your moms were secretly listening from another phone in the house.

OK, OK, so the '90s weren't all fun and Mario Kart games. But all in all, would you take back any of it back?

#Bless our baby selves. But, y'know, mostly #bless Wi-Fi and mobile phones and sneakers that don't have a three inch platform, because that's pretty sweet, too.

More like this
The Best Memes & Tweets About The Discontinuation Of The Choco Taco
By Alexis Morillo
The 'If I Text You This, It Means' Emoji Meme On Twitter, Explained
By Natalia Perez-Gonzalez
Here’s Your Daily Horoscope For August 8, 2022
By Mecca Woods
The Best Time To Date After A Breakup, According To Experts
By Bustle Editors
Get Even More From Bustle — Sign Up For The Newsletter