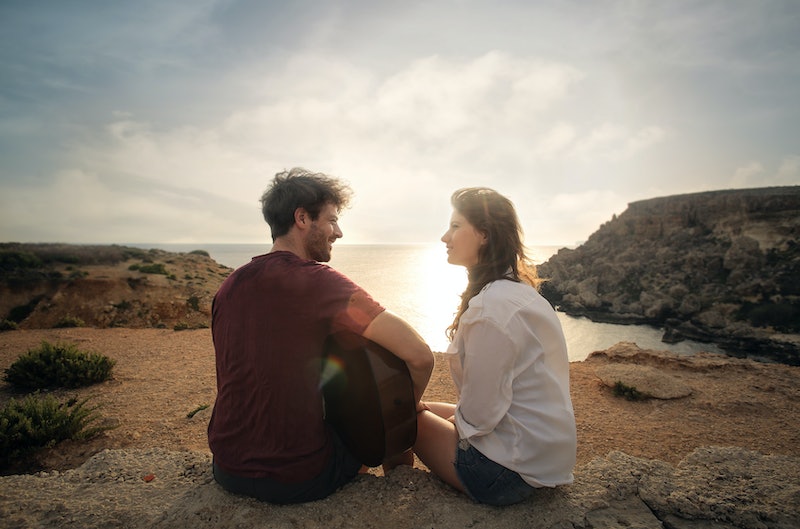 The healthiest couples communicate all the time. Not only are they healthy for all this communication, but they’re the happiest, too. They’re honest with their partner, they aren’t afraid to speak up when they need space, and they are aware of the fact that talking about the good and the bad is really the best way to make a relationship work and work very well.

A study by UCLA, involving just over 2,000 participants, found that communication and conflict resolution play a major role in relationship satisfaction. So much so that couples who are able to talk about everything actually reported highest levels of relationship satisfaction, which makes sense. If you don't keep things from your partner, and vice versa, there can be no surprises or hiccups in the relationship along the way. It’s all out there for the taking, and even if a conversation does trigger an argument, because conflict resolution is such a high priority for healthy and happy couples, they’re willing to talk about it, work on it, and get through it.

So since the key to having a healthy, strong, and happy relationship is talking, here are seven conversations that healthy couples often have.

1. They Talk About How To Resolve Conflict

Healthy couples don’t let arguments linger. Instead, after a fight — because all couples fight — healthy couples get right down to talking out how to resolve the issue instead of letting it fester, eating them both up inside. "The most essential ingredient in a relationship is two partners are willing to work on it," Dating Coach and Licensed Marriage and Family Therapist Pella Weisman tells Bustle. "If you have this, you have everything."

2. They Talk About Their Expectations

The only thing more important than having realistic expectations of your partner and your relationship is talking about those expectations. Not just because you should both be aware of what you want from and for each other, but because expectations change so it’s a conversation that should be had so you’re both always on the same page.

3. They Talk About How To Compromise

4. They Talk About Money

If you’re building a life with someone, then the money conversation is definitely one that needs to be had, and had openly and honestly. “Debt and spending habits are deal-breakers,” relationship expert April Masini tells Bustle. "Don’t lie about money. People feel easily ashamed over what they owe, what they make, and how they spend. Get over it."

Money is one the top things couples fight about most, so in keeping the lines of communication open on this topic is necessary if you want to be in a healthy relationship.

5. They Talk About Sex

Even if the conversation can sometimes be a bit awkward, because it’s not always easy to address certain sex-related topics, especially if it’s about trying something new in bed, healthy couples talk about sex. Since sex is such an important component to a healthy relationship, being able to have a frank conversation about it is a must. "If our sexuality isn't being expressed, it will show up as problems in other areas of our body and life," Lauren Brim, a sexual wellness coach and author of The New Rules of Sex , tell Bustle. "Plus, sex is just too damn good for you to live your life without it!"

6. They Talk About The Future

Whether that conversation is about the possibility of kids down the road, marriage, a five-year-plan — whatever it happens to be, healthy couples are willing to talk about the future and not fear it. If anything, they excitedly look forward to the future and whatever it holds. And, if for some reason, things do feel a little scary, they’re not afraid to be honest about it.

7. They Talk About Communication

Healthy couples talk about how to communicate even more effectively — which also means they’re not afraid to admit they need help by going to couple's therapy, if that’s what it comes down to in some cases. “[Be] willing to go have difficult conversations and get outside help if you need it," Weisman says. "Couples I see who are willing to work on the relationship have the best relationships because they know that just because you work on something doesn't mean its bad."