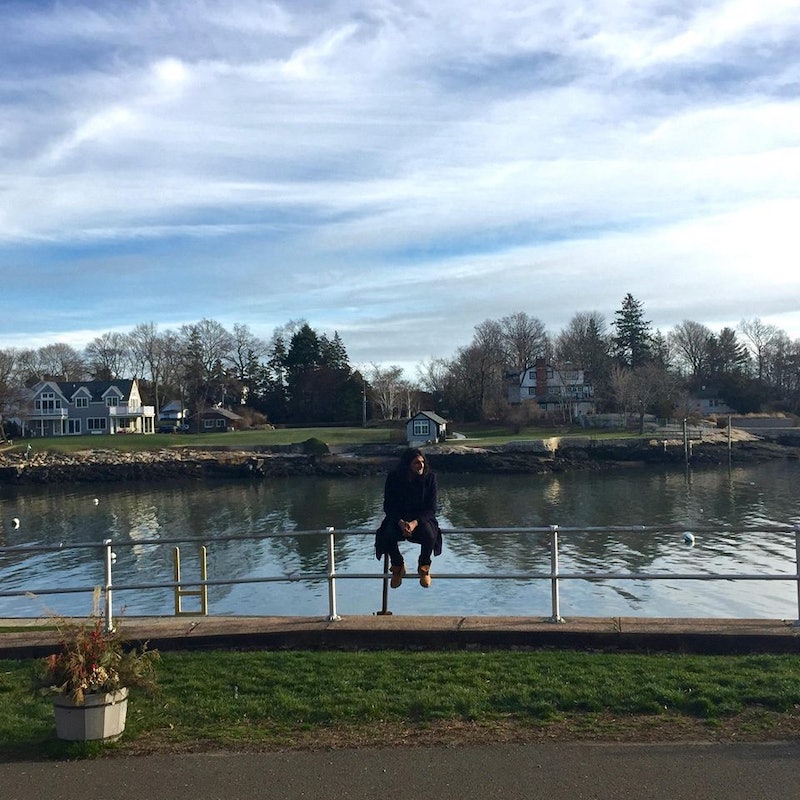 It is a familiar set of symptoms for a familiar disease. A bomb goes off somewhere packed with civilians, you get a news alert delivered to your phone, you frantically check Twitter, hoping the terrorist isn’t a Muslim, you read the first tweet calling for Muslims to be punished, you dismiss it as an aberration and scroll down, hoping. Then you read another, and another and another, until eventually your nerves can no longer bear it. You go to sleep scared of what the morning might bring. Sometimes, you even dream of being murdered in your sleep.

The next day brings news that it was indeed a Muslim who set off the bomb, and you go to work thinking everyone’s looking at your face. When your colleagues start talking about it, you stare at your screen. You work with greater industry and keep your thoughts to yourself. You go home in a taxi because you don’t want to be seen. You get into your apartment and lock the door behind you. You curl up on the floor and begin to kick and scream.

And then, when you regain your senses and the feeling of dread subsides, you come to terms with the honest realization that no matter how much it hurts to be associated with terror, your tears are nothing compared to the blood that has been spilt.

The taxi driver who took me to work yesterday morning, a Pakistani immigrant, confessed that he had not been to work since Saturday. “You have to look at things from everyone’s point of view,” he told me in Urdu. “My name is Ahmad and so is that bomber’s. I don’t want someone to confuse me for him.”

That is — give or take — the usual sequence of events for me every time a purported Muslim commits an act of terror. When I learned of the Chelsea bombings last Saturday, I was assaulted by a circling sense of familiarity. No matter how much we try to distance ourselves from these events, Muslims around the world cannot help but wonder why it is that this has continued to persist.

The reaction of my Muslim friends, both Shiite and Sunni, has been a sad combination of despair and hopelessness, an expectation of negative headlines and a fear of persecution. The taxi driver who took me to work yesterday morning, a Pakistani immigrant, confessed that he had not been to work since Saturday. “You have to look at things from everyone’s point of view,” he told me in Urdu. “My name is Ahmad and so is that bomber’s. I don’t want someone to confuse me for him.”

But a terrorist attack is not an invitation for self-loathing. I was born a Muslim and have never killed a fly. As convenient as it is, anyone expecting Muslims — who represent almost a quarter of the world’s population — to apologize for the crimes of some thousands of crazed fanatics is unserious about the task of rooting out extremism. In the end, there is little we can do, since terrorism is simply a heinous fact of life. American Muslims — the vast majority of them peaceful — are victims of the fact that extremism is unsolvable. In a world of increasingly scarce resources, coveted by a multitude of competing interests, it is impossible to satisfy the whole of mankind. And if we are to root out terrorism (which has always existed), it is not enough to just convince the majority against it. One needs to convince every single person on earth. From the Irish Republican Army to the Puerto-Rican FALN, terrorism predates the current wave of Islamism, and will unfortunately succeed it with some other comparable menace. Violence is a sad part of the human condition, and despite our best efforts, it will always persist.

And yet, I am not trying to be defeatist. There are things we can do to minimize the terror. The first thing that must be understood if we are to deal with this menace is that Muslims do not represent a homogeneous community. Any faith of 1.5 billion adherents is likely to have its own set of tensions, and the cynicism of much American foreign policy over the past few decades is that it has sought to widen these rifts abroad while simultaneously creating the impression of homogeneity at home. For instance, notice how Donald Trump calls for a blanket ban on anyone who purports to believe in Islam when it comes to U.S immigration policy, while simultaneously preying on the differences between Shiite Iran and Sunni Saudi Arabia. “They [Iran] are looking to go into Saudi Arabia,” he told Bill O’Reilly in an interview last January. “Well, I would want to protect Saudi Arabia,” he continued, before adding that he would expect the kingdom to pay for this protection.

The message is, of course, painstakingly clear: According to the presidential candidate of a mainstream political party, it is perfectly legitimate to meddle in the affairs of the Middle East, stoking divisions and inflaming antipathies, while also imposing an indiscriminate ban on Muslim entry at home. I believe that the solution to the scourge of radicalization cannot be to widen the rifts between diverse groups of people when it suits a political agenda, while reducing them to a generic label when it doesn’t. Surely, we must adopt a position which understands the nuances of Muslims both home and abroad.

And one has only to mine Twitter for the hashtag “ChelseaExplosion” to see how many people are willing to use a cruel act of violence as a political hammer with which to bash an entire religion. Ask yourself: Is the Islamophobic rhetoric employed by Trump and his supporters more or less likely to stop radicalization? To my simple, unsophisticated mind, it seems like a no-brainer.

But in the end, we cannot simply point our finger at others. Those of us who have any kind of connection with Islam — whether we believe in the theology or merely hold a cultural interest — must wrestle back the narrative from these murderous barbarians who do not care whose blood they spill, as long as they paint the town red with it. The Irish Nobel laureate W.B Yeats once wrote that “the best lack all conviction while the worst / Are full of passionate intensity.” But if we allow the worst among us to terrorize the world in our name and do not drown their bombs out with the values of peace and tolerance, we are just as impotent as they are full of evil.

More like this
Why You're Seeing Green Bandanas At Abortion Rights Protests
By Lexi Inks
5 Ways To Stand In Solidarity With Women In America From The UK
By Sophie McEvoy
How To Fight For Reproductive Rights, Based On How Much Time You Have
By Courtney Young
Travis Barker & Kourney Kardashian’s Updates About His Health Are Promising
By Stephanie Topacio Long
Get Even More From Bustle — Sign Up For The Newsletter