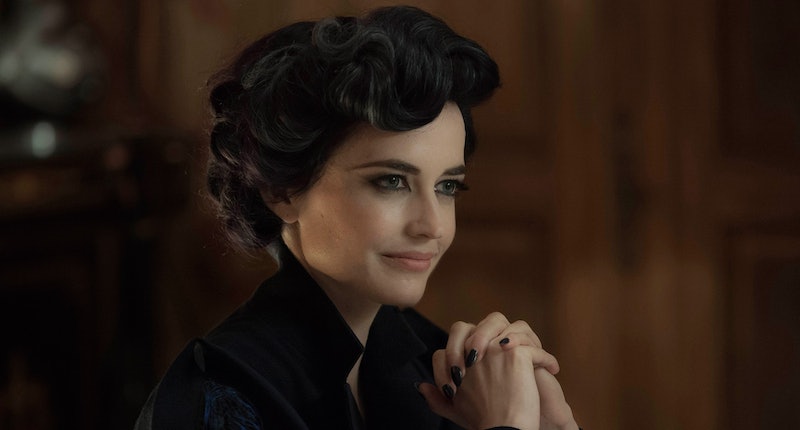 A lot of movie franchises have tried to lay claim to the title of the "next Harry Potter," but none have really ever lived up to the hype. The next film that hopes to achieve Potter-like success is Miss Peregrine's Home for Peculiar Children , and it actually has a shot of capturing the magic of Hogwarts. The Tim Burton-directed adventure is about an orphanage for children with unique abilities, and the defense they must mount against the evil beings who would see them destroyed. But to be the next Harry Potter, there has to be a series of films, not just one. So will Miss Peregrine have a sequel?

It definitely could. Like Harry Potter, Miss Peregrine's Home for Peculiar Children is based upon a book of the same name, by author Ransom Riggs. And also like the Potter series, there are several Miss Peregrine books. The first book was published in 2011, and was followed by a sequel called Hollow City in 2014. That was then followed by a third and purportedly final installment, Library of Souls, the following year. But it wasn't long before Riggs returned to the Peculiar world, as he published a spinoff book called Tales of the Peculiar in 2016. Clearly, there's plenty of material for movie sequels, but does Hollywood have any interest in creating them?

That probably depends upon the box office performance of the first film. 20th Century Fox bought the movie rights to Miss Peregrine before the second book was even published, according to Deadline, so a new deal would also have to be worked out before any real talk of a sequel would begin. It seems likely that Fox would pursue this if the movie is a hit, and that's something that seems entirely possible. The film will have little to no competition at the family-aimed box office on Sept. 30, as it opens opposite R-rated comedy Masterminds and disaster drama Deepwater Horizon.

With sequels to the book already on shelves, Miss Peregrine's Home for Peculiar Children definitely has the potential to become a movie franchise — which should please fans hoping for the "next Harry Potter."