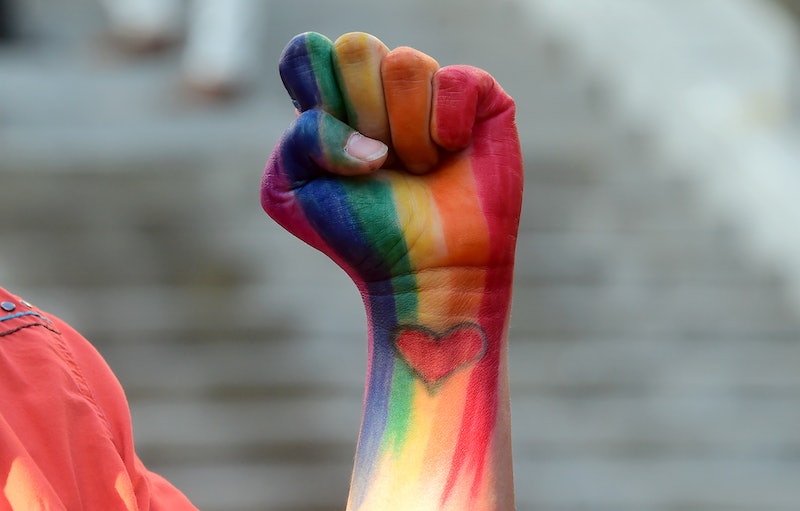 This December, a rather special graphic novel will be released by DC Comics and IDW Publishing: Love is Love , a comic book dedicated to victims of the Orlando shooting. In June, a tragedy rocked the LGBTQIA+ community when 49 people were killed by a gunman at Pulse nightclub in Orlando. Since then, it has been a long and hard journey of recovery — and of course, this is a wound that will never fully heal. However, in amongst the darkness, there have been some real moments of light and inspiration — and this comic book promises to be one of them.

Love is Love will be an anthology of short stories from writers and artists such as Damon Lindelof, Patton Oswalt, and Superwoman's Phil Jimenez, spanning a total of 144 pages. When it's published in December, it will sell for $9.99, and all proceeds will go to the LGBT Civil Rights organization Equality Florida. The creator, Marc Andreyko, had the idea for a comic book dedicated to Orlando victims by looking towards his own childhood, and recalling group efforts such as Live Aid and "We Are The World," in which celebrities used their influence to raise both money and awareness for charities.

So far, Orlando survivors, the families and loved ones of the victims, and the entire LGBTQIA+ and Latinx communities affected by the tragedy, have been shown support by celebrities such as Katy Perry, who paid for an Orlando survivor's first year at film school, and Kesha, who donated the proceeds from a concert to victims. Others have used their creativity to help: a number of musicians collaborated on the song "Hands" — and the music video even featured survivors of the shooting. Love is Love is the latest creative fundraising effort.

"Events like this shouldn’t be compartmentalized," Andreyko told The New York Times. "They should hurt and we should want to change for the better." By continuing to show support, both through raising money and through projects like this comic book to honor victims, we show that we are willing to stand up against bigotry — and that we will make a change.