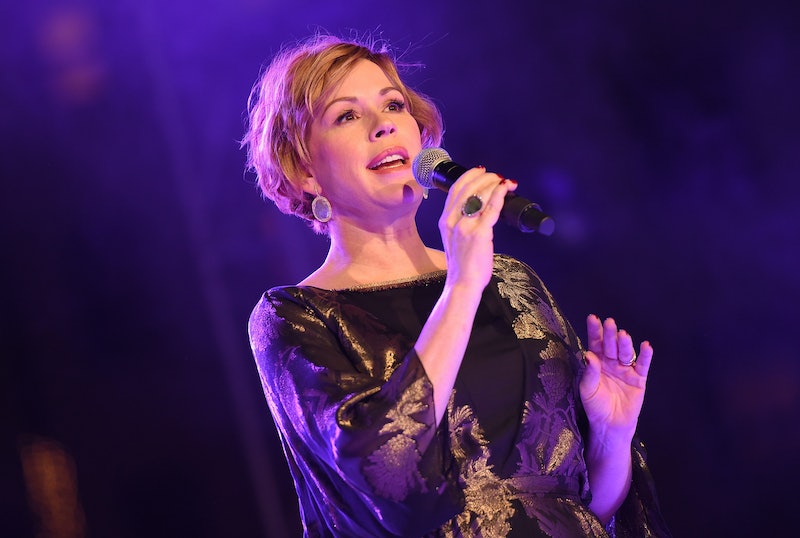 Molly Ringwald has made waves in just about every industry she has worked in: Film, fashion, books, and Broadway. Now the former ‘80s icon is returning to the stage in an off-Broadway remake of Terms of the Endearment, and I honestly can’t think of a more perfect role for the actor. Molly Ringwald will star in the classic ‘80s tale as Aurora, the role originally played and made famous by Shirley MacLaine in 1983.

As an outspoken advocate for self-acceptance, Ringwald made a name for herself with 2010’s Getting the Pretty Back, a book that was all about encouraging women to embrace the way their lives and their bodies changed as they faced down motherhood, marriage, and career responsibilities. She’s also worked hard over the years to escape the confining box of being a teenage icon and keep her career active through different forms of influence and creative expression. Really it’s admirable how boldly Ringwald has chosen to pursue her passions, regardless of what the world expects from her, and as the star of many stage performances, including How I Learned to Drive and Cabaret, Ringwald has continued to embrace projects that both confront and embrace the process of aging.

So it seems totally right that Ringwald would step into the role of Aurora Greenway, another icon of the ‘80s whose complicated relationship with her young daughter drives and defines her. Not only is it another ‘80s classic that, like Ringwald, helped define the decade, the role is one that will force Ringwald, in all of her infinite talent, to boldly confront the ideas and preconceived notions facing aging women today. As Aurora’s daughter Emma grows up, gets married, and has children of her own, the resistance Aurora experiences to each of Emma’s milestones is largely a result of her own resistance to getting older.

Not only is this casting news perfect for showcasing Ringwald’s talent, it is also wonderfully nostalgic for the decade that made her famous. Not to mention it's right in line with the tremendous work she has been making in recent years around being lucky enough to be a woman who has aged.