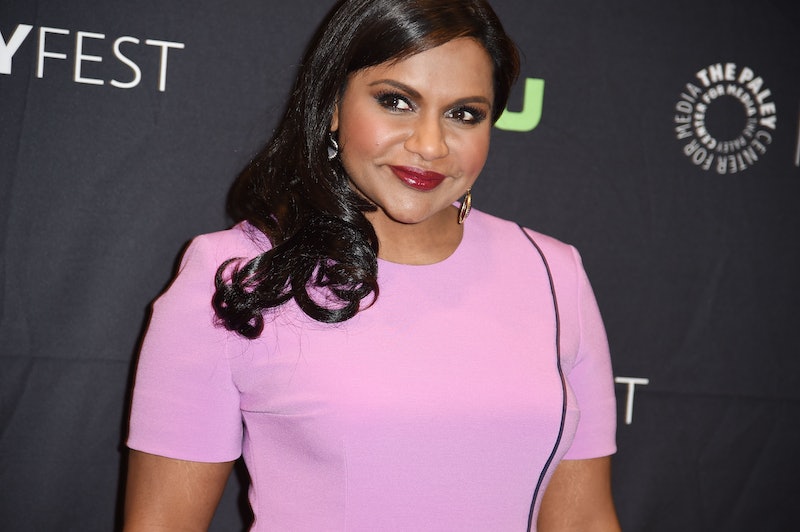 The last thing you probably picture when you look at an exceptionally successful woman is complete and utter failure. Your mind instead runs through how hard she must work, how passionate she must be about her job, and what an inspiring beacon of feminism she is for young girls everywhere. But successful women didn't just wake up one day in a pile of success. It takes them a long time to get there, and the road to the top is most likely dotted with trying twists and turns that leave them in compromising situations. In other words, they probably epically fail at least once in their career, or at the very least run into a roadblock so big they feel stopped in their tracks.

As Robert F. Kennedy once said, "Only those who dare to fail greatly can ever achieve greatly," and Thomas Edison similarly declared, "I have not failed. I’ve just found 10,000 ways that won’t work." The thing is, most of the inspirational quotes about failure we were presented with as kids came from white, privileged men. Today, though, there are plenty of powerful women who can offer advice of their own. Whether they're award-winning actresses, influential businesswomen, or electrifying artists, these individuals know what it means to look failure in the eye and charge forward.

Here are seven women who turned a career "no" into a "yes."

Things were pretty tough at the beginning of Oprah's career. Her first job was as an evening news anchor in Baltimore, where she battled sexism and harassment. One TV producer told her she was "unfit for television news" because she got too emotionally invested in the stories. As a result, she was publicly fired from her position.

Of course, that didn't stop Oprah from pursuing her dreams — and redefining the world of talk shows as we knew it. Soon after, she landed a job on a daytime TV show called People Are Talking, where she worked for the next eight years. It wouldn't be long until she harnessed that experience to launch The Oprah Winfrey Show, which ran for a whopping 25 seasons.

If you don't recognize the name Sara Blakely, you'll definitely recognize her brand Spanx, the company that sells the ultimate slimming intimates. Blakely is the inventor and founder of Spanx, and her company is now worth a billion dollars. But back when she was getting Spanx on its feet, she wrote her own patent because she couldn't afford a lawyer, and she spent weekends driving hours and hours to knock on people's doors to ask them to manufacture her product.

Blakely was rejected by one manufacturer after another, each of them visibly losing interest in her when they realized that she was essentially a nobody with no major connections. Blakely didn't give up, though. In fact, she used the resounding "nos" to push forward, and she remained fully committed to her product. Finally, someone saw the potential in Spanx. A manufacturer she had spoken with happened to tell his daughters about the idea and they absolutely loved it, so they came back to Blakely with a resounding yes, and the rest is history, as they say.

We may know her first and foremost for her wacky fashion, catchy pop hits, and her support of sexual assault survivors everywhere, but Lady Gaga wasn't always appreciated for her work. In 2006, she signed to the record label Def Jam Records, only to be unceremoniously dropped three months later. That rejection propelled her forward, inspiring her to stay true to herself and the sound of her music. Good thing she stuck with it, because she was soon receiving yeses from every which direction as she became one of the most recognizable icons in the music industry.

Mindy Kaling is one of the most relatable comedians out there, but she's familiar with what it means to be blatantly told you're not good enough. In an interview with the Guardian, Kaling shares a particularly painful memory of being told no. A network offered her a sketch show and made her audition, only to refuse her because she was "not considered attractive or funny enough" to play herself. After that, she nursed yet another significant wound of rejection when she was declined a job writing for Saturday Night Live.

Kaling still believed in herself, though, so she persevered. Her tenacity paid off, because she was eventually offered a position writing for The Office, which she also starred in, produced, and even directed. Who's laughing now?

When she was a teenager, Yeoh's greatest dream was to be a famous dancer. But a severe accident landed her in the hospital, where she was told that her spinal cord was injured and she would never be able to dance again. In an interview with Dispatch, Yeoh says, "At that time, if someone had told me I’d be an actress, I’d have laughed.” Little did she know she was about to become one of the most famous Chinese-speaking actresses in the world. Yeoh ended up starring in Crouching Tiger, Hidden Dragon and playing an infamous Bond girl in Tomorrow Never Dies. Proving just how badass she is, she did her own stunts in the films.

Rowling got fired from her secretary position because she apparently spent too much time working on her writing. But that brush-off may have been the greatest thing that ever happened to the world, because she finally had the time to write the Harry Potter series. Of course, it wasn't an overnight success. The completed Harry Potter and the Philosopher's Stone was turned down by 12 different publishers, but Rowling didn't get discouraged when things didn't take off right away, and kept pitching. Her determination definitely paid off; she's now worth over a billion dollars.

These days, you can't hear the words "wedding dress" without thinking of innovative designer Vera Wang — but she wasn't always a fashion icon. Wang actually had her sights set on a very different kind of life — that of an Olympic figure skater. But after all her training and hard work, she failed to make the 1968 Olympics figure skating team, and her dreams for competing at the global level were shattered.

Brides everywhere are grateful for that moment, though, because that was the point at which she took an assistant position at Vogue. She stayed on for 15 years and was then turned down for the editor-in-chief position. Wang continued onwards with her fashion line anyway, and now she's one of the most famous names in the fashion world.

More like this
25 Inspiring Quotes From Black Women To Celebrate Black History Month
By Kyli Rodriguez-Cayro and JR Thorpe
Turns Out George Clooney Is A Huge Fan Of This Classic British Game Show
By El Hunt
24 History-Making Black Women You Probably Didn't Learn About In School
By Ayana Lage and JR Thorpe
25 Cute Ski Outfits That Look Hot & Keep Away The Cold
By Bella Gerard
Get Even More From Bustle — Sign Up For The Newsletter
From hair trends to relationship advice, our daily newsletter has everything you need to sound like a person who’s on TikTok, even if you aren’t.