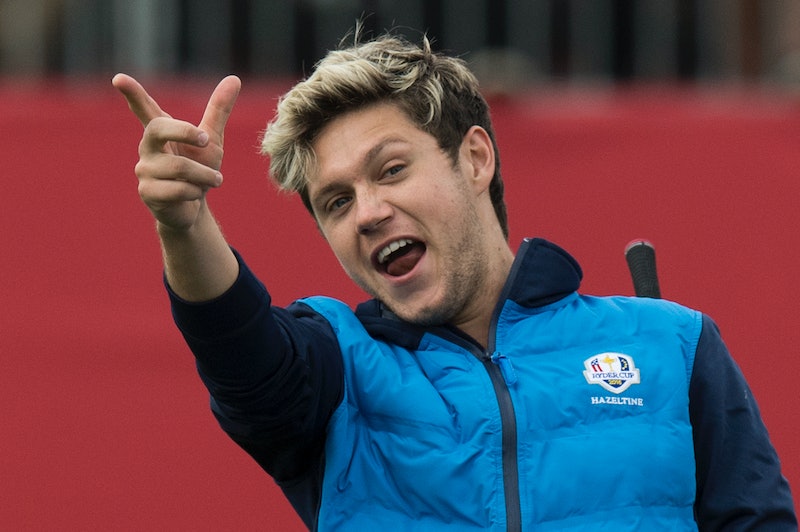 If you count yourself as one of the tweens still torn apart by the mass divergence of One Direction, brace yourself for another bombshell: Niall Horan released his first solo track, "This Town" on Thursday, meaning that he officially seeking a career separate from One Direction. It's the first tease of the album he's putting out with Capitol Records, and on a somber note, it further solidifies the probable permanence of the band's separation. However, it is a small comfort to fans that another member of 1D is making music... albeit in a totally different direction than fans may have come to expect.

The thing is, there's very little fanfare surrounding the debut of "This Town." The video is done, as it's listed in the title, with one mic, in one take, and it's filmed without any sort of special effects. It is literally Horan and an acoustic guitar, filmed in black and white, with no backing band. You get a very clean look and listen at what Horan's solo career is going to look like, without any fancy trappings. And while the song itself objectively falls under the category of "cute" for me personally (read: I am not a rabid tween on Twitter), I'm more amused by Horan's creative decision-making.

Since we still have yet to hear from Harry Styles or Liam Payne, we can only compare Horan's video debut to that of Zayn Malik, the first member of One Direction to break off from the group. When Malik debuted the video for "Pillowtalk" in January, it read as an extravagant coming out party: he was not 1/5th of a boy band anymore, he was a man. Furthermore, he was a man willing to throw boatloads of money into a erotic, warped heat vision video that let's people know he is having all the sex now. Big statement. Huge. Heard loud and clear.

And while Horan is likewise avoiding the boy band sound of One Direction, he's also not taking the "Pillowtalk" route. Maybe Horan is trying to prove his artistry by doing something stripped down, something that shows he can actually play an instrument. Who knows.

Either way, it's safe to say that Horan has definitely chosen to steer clear of the "I have all the sex" narrative and stick with something a bit more saccharine and gentler. And more than that, "This Town" is a step away — not a gigantic step, granted, because the lyrics and overall musical stylings still heavily fall under the category of "safe" — from that perfectly polished pop image.