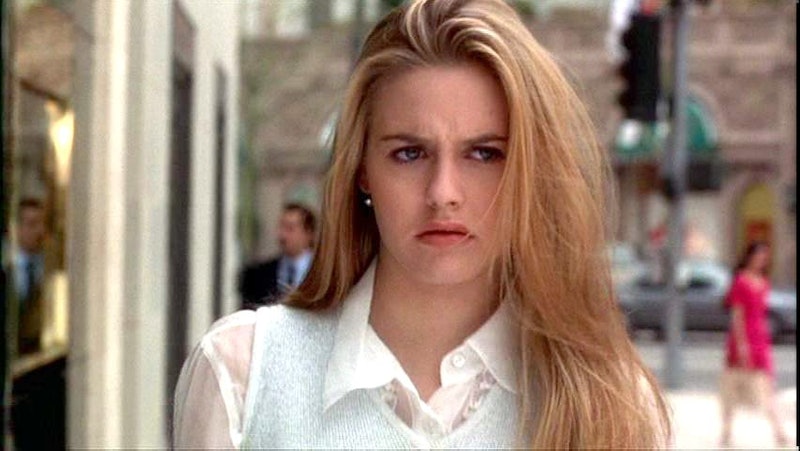 There was so much to be happy about in the '90s — I think we can all agree on that. But how does that old expression go? Ah yes, you can have a rainbow with sunshine and rain. For every day spent in sheer joy during the '90s, there were the things '90s kids did when totally bummed out, whether it was over being ignored by a crush, rebelling against our parents, or fighting with our BFFs. Accordingly, there were plenty of ways to indulge our moods during the decade. There's a reason we all find Nihilisa Frank so brilliant, you guys. It's like our bummed out former selves brought to life as a disenfranchised sparkle kittens and jaded teddy bears.

At the risk of sounding like a glutton for punishment, being bummed out in the '90s was actually one of the best parts of growing up during that decade. Since emo was most decidedly in, it was cool to give into your emotions. People understood when you wanted to spend a day wallowing in your grief, and they gave you the space to do so. You need balance, right?

So join me in looking back on some of the ways we used to languish in our despair during the '90s.

You'd put your headphones, stare at the ceiling, and let the sounds of R.E.M.'s "Everybody Hurts," The Verve Pipe's "The Freshmen," Pearl Jam's "Black," and Ben Folds Five's "Brick" fuel your somber mood.

2. Paint Your Nails a Symbolic Color

Something nice and dark to reflect the inner turmoil in your soul, like "Scam" or "Zombie" by Hard Candy.

This was a moot point, since you so already knew it was going to be either black or orange. But knowing you were right gave you a smug sense of satisfaction.

4. Drown Your Sorrows in Capri Sun and Gushers

Or Ecto-Coolers and Fruit By the Foot. Pick your poison; it's all the same — when the going go tough, '90s gets got going to the pantry for a sweet pick-me-up.

5. Let Your Friends Drag You to the Mall

Retail therapy seemed to work for Cher in Clueless and Buffy of Vampire Slaying fame, so it stood to reason that spending your babysitting money on a new outfit would make you feel better too. Only seeing so many happy people eating giant cookies at the food court just gave your angst more ammunition.

6. Change Your Away Message to Something Depressing

This was the coded way to communicate in the '90s, so no mood swing would have been complete without changing your AIM away message to something dramatic that screamed, "Brb, busy being sad and introspective."

7. Flip Through Bop and Tiger Beat

If staring at the dreamy faces of '90s teen heartthrobs couldn't make you feel better, could anything really? You focused your desperate bid to improve your mood on all of the dreamy boys with acronyms: FPJ, JTT, JT . . . you get the picture.

8. Pour Out Your Emotions to Your Digital Diary

When your besties weren't down to listen to your pity party, you could always count on your digital diary to keep your tear-stained feelings safe and sound.

Or should I say Cameron? 'Cause while you definitely feigned illness to get out of class on your totally bummed out days, your idea of the perfect absence during this time was sinking into the couch for a day full of soap operas and talk shows.

Let's be real; '90s kids were total masochists when it came to our sorrow. We were already bummed out; why not tap into that depression and let it flow out of our eyeballs while watching something that would fully break our hearts? "I miss you, Jen-nay." *still crying over that one, tbh*