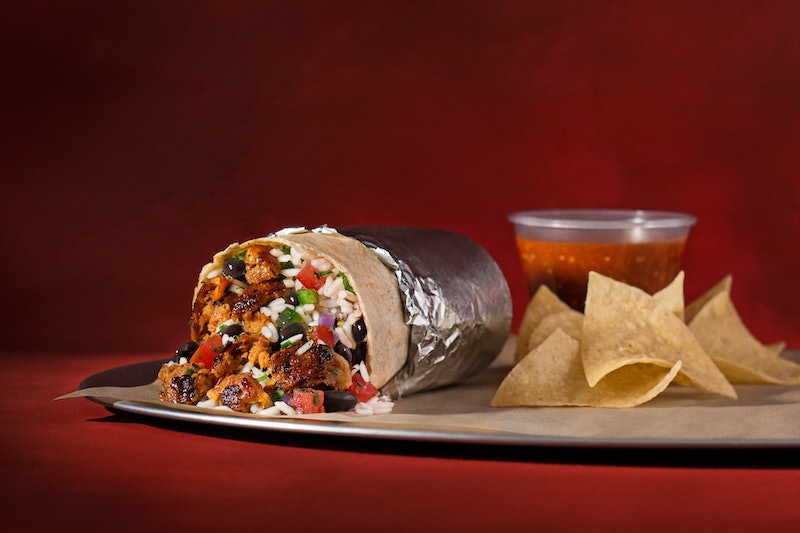 Big news, burrito fans: You’ll soon be able to get chorizo at Chipotle nationwide. The company announced on Monday that the spicy sausage will be rolling out to Chipotle locations across the United States starting on Oct. 4, 2016 — just in time for National Taco Day. Said Chipotle founder, chairman, and co-CEO Steve Ells in a press release, “The reaction to chorizo in the cities that have had it has been overwhelmingly positive, so we’re making it available in all of our restaurants across the country.” Heck, and yes.

Chipotle first began testing chorizo over a year ago: In June of 2015, it began appearing in the chain’s 33 Kansas City, Mo. locations. Speaking with the Kansas City Star at the time, Chipotle corporate chef Nate Appleman noted that he had been working to get the spicy sausage on the menu since he first joined the company. Said Appleman, “I’ve been beating the drum for five years. It was one of the first things I worked on.”

It took a full year for chorizo to expand beyond Kansas City, but in June of 2016, it rolled out in five more cities: Columbus, Ohio; New York City (but only in Manhattan, much to the chagrin of people in every other borough): Sacramento and San Diego, Calif.; and Denver, Co. At the time, it was expected that the menu item would arrive at all U.S. locations in the fall — and wouldn’t you know it? It’s fall, and our deepest desires have finally been realized.

A seasoned pork sausage, chorizo is frequently found in Spanish and Mexican cuisine; according to Epicurious, the Spanish version tends to be smoked, while the Mexican one uses fresh pork. Chipotle’s version of it is made from a blend of pork and white meat chicken seasoned with paprika, toasted cumin, and chipotle peppers. It’s then seared on a hot grill, because chorizo isn’t chorizo unless it’s got that perfect char to it.

Chorizo can be ordered in burritos, tacos, burrito bowls, and salads at Chipotle starting on Oct. 4. Happy almost-National Taco Day!