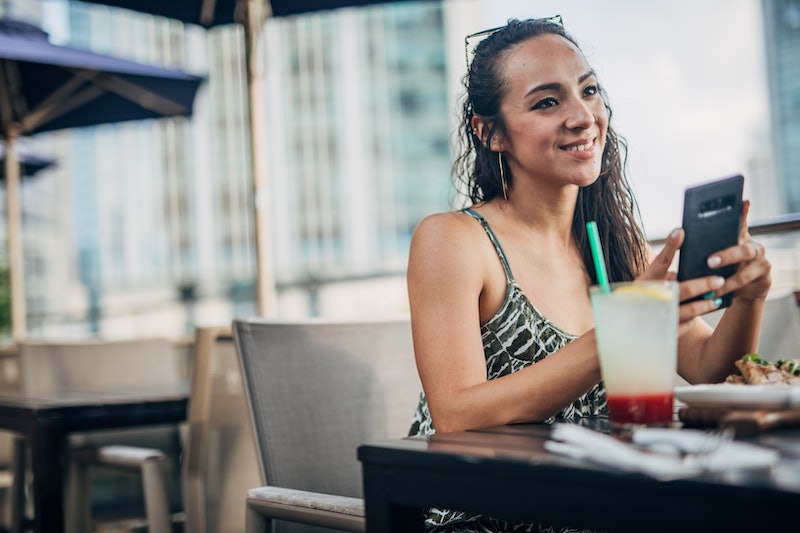 Along with the all-too-commonly accepted stereotype that women all want kids come a bunch of stereotypes about childfree women. Unfortunately, even as more and more women are working and prioritizing their careers, the sexist notion that a woman without a child is incomplete has persisted. So, when women don't have kids, people tend to believe all sorts of negative, untrue things about them.

Lately, as more and more people become open and unapologetic about not wanting kids, the childfree movement has gained traction. According to Childfree.net, childfree people are those who voluntarily decide not to have kids. "We choose to call ourselves 'childfree' rather than 'childless,' because we feel the term 'childless' implies that we're missing something we want — and we aren't," the site explains. "We consider ourselves childFREE — free of the loss of personal freedom, money, time and energy that having children requires."

While the goal of the childfree movement is not to judge anybody for having kids, it does acknowledge that for many people, starting a family is simply not the right decision. This could be the case for many reasons, including desire to allocate your money and time elsewhere, a wish to prioritize other pursuits, and sometimes (though not always), a dislike for children.

Coming somebody who doesn't wish to have children, here are some false stereotypes about childfree women that have to go. They reflect broader misogynistic views that it's high time came to an end.

MYTH: We Wish We Could Have Kids

It's common to assume that it's natural and instinctual for women to want kids, which leads to the assumption that women who don't have kids wish their lives were somehow different. But while there certainly are some people who want kids but aren't in a situation to have them, this is far from always the case. I personally am glad that I don't have kids, since I want to focus my attention on my career; I also don't really enjoy spending time around children, so parenting just isn't of interest to me.

MYTH: We Haven't Found The Right Person Yet

Not finding Mr., Ms., or Mx. Right is actually one of the least common reasons for women to not have children, according to a study by Fertility Centers of Illinois. Far more common are financial concerns, the desire to be emotionally ready to have kids, the desire for freedom, and the desire to be career-focused. Besides, not having a partner doesn't mean that we can't have kids, and not everybody is even looking to be in a relationship.

The idea of childfree women often conjures up the sexist, ageist "crazy cat lady" stereotype (which is offensive for a lot of reasons, including the casually stigmatizing use of the word "crazy"). People are supposed to feel bad for women without children. Meanwhile, many childfree women are having the time of their lives without kids. There's absolutely no reason to feel sorry for someone based on a situation they're in by choice, and not having kids definitely doesn't mean you can't be surrounded by people you love.

People seem to have this idea that people are either totally feminine or totally masculine. But you can be a mix of both. You can, for example, be "unfeminine" by not wanting kids and still love wearing dresses or doing other "feminine" things. Not wanting kids, in short, pretty much says nothing about who you are except that you don't want kids.