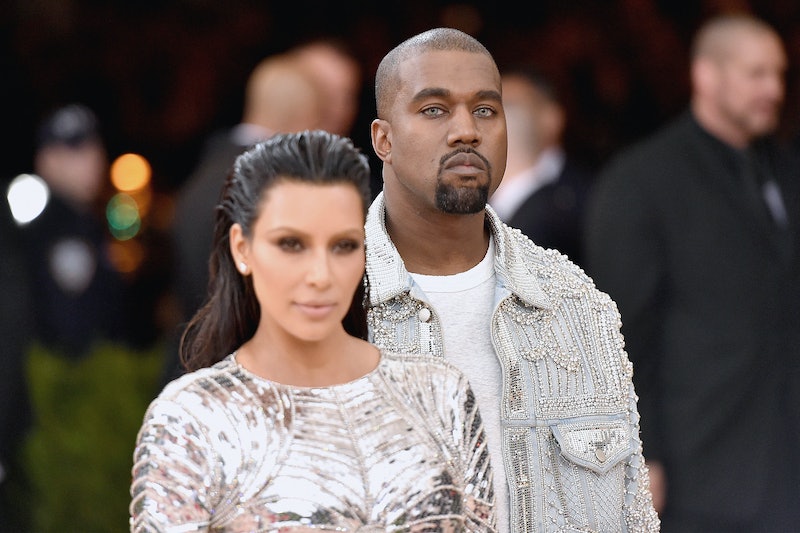 The old joke, pushed to the point of parody by the rapper himself, is that Kanye loves Kanye more than anyone else in the world. However, after he found out wife Kim Kardashian was held at gunpoint during a robbery in Paris and bailed mid-song to attend to the "family emergency," it's fair to say there are multiple someones West cares about more than himself. But if you love Kanye nearly as much as he loves Kanye (and Kardashian), you might be pained to find that West is re-scheduling some of his Saint Pablo dates, citing "family concerns," according to a Rolling Stone report.

Now in case you're panicking full force, let me be clear: this is going to impact only two shows on the tour, and they have been given proper rain dates. As of right now, his October 4 show in Philadelphia has been pushed back to December 13, and his October 6 show in Detroit has been moved to December 22. While this will no doubt inconvenience a slew of Yeezy's fans, they can take comfort in knowing another ticket doesn't even need to be acquired; they can use the original tickets from the October show and proceed as if a terrifying tragedy didn't ruin their original night out.

The swift schedule change should come to no shock to fans considering the horrific nature of the Kardashian robbery. To recap, two masked men dressed as police officers broke into Kardashian's hotel room sometime around 2:30 a.m. on Monday. With a gun held to her head, Kardashian reportedly begged for her life before being bound and gagged. The hotel room was subsequently cleaned out of over $10 million jewelry. A spokesperson for Kardashian said that she was "badly shaken but physically unharmed" following the experience, and um, yeah. The trauma of the experience, not to mention the social media backlash of people wishing more harm to her has to be a huge psychological hit.

So knowing that West wants to be by his wife's side during the fallout of this ordeal is endearing for the normally egotistical rapper, even if it comes at the ire of his ticket-holding fans. There was palpable disappointment when West left the stage during "Heartless" at Meadows Music And Arts Festival in Queens, but also a silent respect in seeing that his wife's well-being is more important than tens of thousands of screaming fans. Please focus on that "aw-worthy" fact before you cry over the $140 you will never get back.

In all seriousness, though, the Saint Pablo tour should resume normally with the October 7 date at Chicago's United Center. If you still want to grab some tickets and hold out that another family emergency won't impact that show, you can take a look at the tour dates on West's official website.