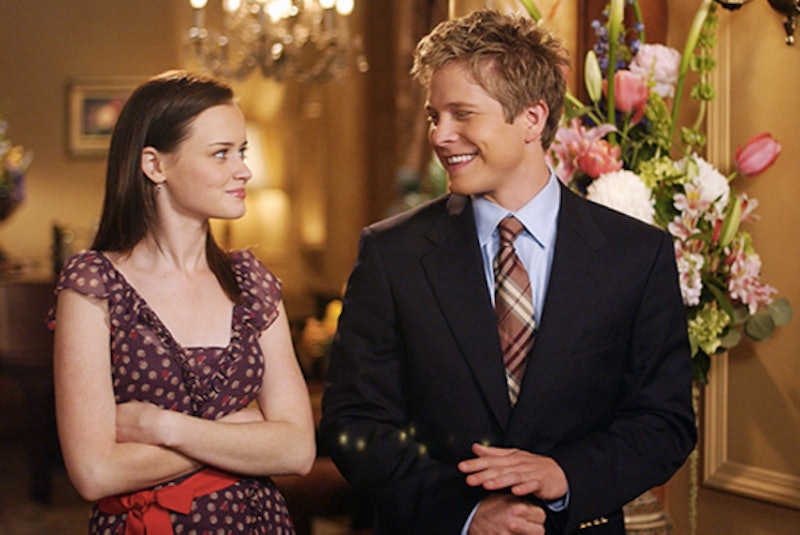 Gilmore Girls rivalry is a very real thing, and most fans already know whose side they're on. When it comes to Rory's boyfriends, it's a tough competition, because each of them has their pros and cons. While I've never been on Team Dean, I've definitely spent some time on Team Jess, and who hasn't? As the brooding novelist of Rory Gilmore's baes, he's devastatingly attractive and unpredictable. But, when it comes to longterm love for Rory on Gilmore Girls, there's only one choice as far as I'm concerned, and that's Logan Huntzberger. And there's one Gilmore Girls episode in particular that made it clear that Logan is Rory's perfect match.

Fans who are firmly on Team Dean or Jess are unlikely to have their minds changed however many times they watch this episode, but I really think it's a great piece of evidence if you're defending Team Logan. While details about Gilmore Girls: A Year In The Life are still scarce, especially when it comes to Rory's love life, Matt Czuchry is definitely back, which could signal a reunion between the pair. Czuchry recently revealed that he's Team Logan, which could be a hint at what's to come in new episodes of the show. Which is why it's worth returning to the episode that proves that Logan is Rory's perfect match: Season 5, Episode 19.

When Rory and Logan started hanging out, they kept things casual. Instead of striking up a formal relationship, or officially dating, they were "having fun," and there was an understanding that they were both allowed to see other people. Logan was renowned for being a casanova, and Rory wasn't trying to change him. However, in Season 5, Episode 19, Rory goes to tell Logan that she can't see him anymore — she's had fun but, ultimately, casual relationships aren't for her. She doesn't ask him to choose her, or change his lifestyle, but the second Rory mentions that she can't continue with their current arrangement anymore, there's an important shift in Logan's behavior.

Faced with the prospect of losing Rory from his life, Logan's response is instantaneous. He tells Rory that he doesn't want to stop seeing her, and that he can change his current set-up, and roster of women, for her. He wants to date her and only her, and, even though she didn't ask him to make that choice, Rory is obviously elated. Later in the episode, Logan announces to his parents that he's dating Rory, and his family are less than supportive. However, despite this negativity, this episode is so important because of Logan's choice.

This moment separates Logan from Dean and Jess, because it shows that he is ready to step up to the plate at any given moment. His instant declaration sets him apart from Jess's flighty and aloof nature, and Dean's inability to take Rory seriously enough (when he cheated on his wife with her, for instance, only to leave Rory once more). Although it seems like a small moment between Rory and Logan, it showcases their strong feelings for one another. While Rory undoubtedly had chemistry with both Jess and Dean too, the slow build of her relationship with Logan, and the way in which he listens to what she's saying and acts immediately on it, make him the best fit for her.

This scene is just one of many that convinced me to join Team Logan, but this is when he really started to impress me as a contender for Rory's heart. Sure, Logan was never perfect, but he loved Rory, and he fought for her on more than one occasion. This episode gives us a glimpse into the immediacy with which Logan will fight for Rory. That makes him stand out from Dean and Jess easily, as neither was ever so forthright or clear about their feelings.

Perhaps the cutest moment in the episode is when Logan says, "I think I'm going to be an excellent boyfriend." Rory replies, "I agree," and the pair make a plan to go to lunch. While their relationship was filled with its fair share of ups and downs, Logan's quick reaction to Rory's decision shows the strength of his feelings for her. He wasn't prepared to let her go, and he was happy to stop seeing other people if it meant he could still see her. Logan is the only sensible choice when it comes to picking a boyfriend for Rory, and I have faith that Gilmore Girls: A Year In The Life will do all of our favorite characters justice.