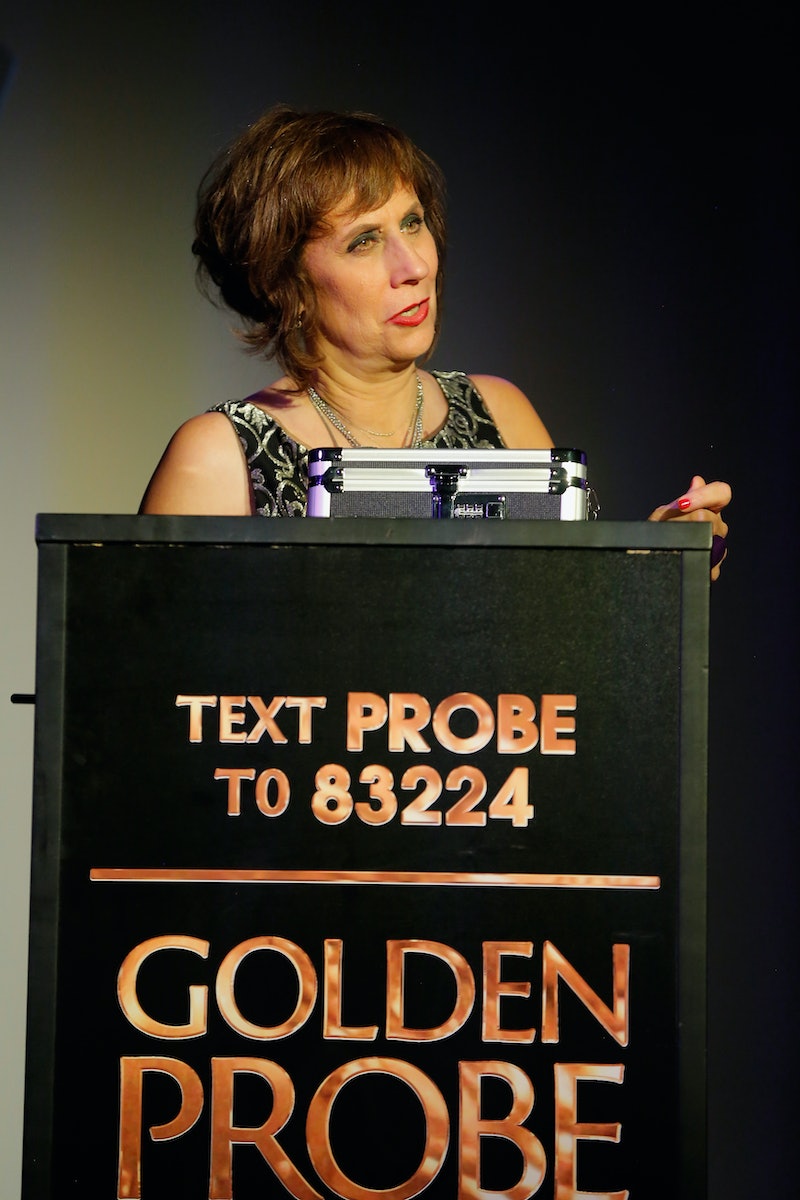 Donald Trump has done so, so, so many things that one would think would take him out of the running for president, but somehow, he still has plenty of supporters. So what would it take to turn voters away from Trump? Lizz Winstead and Wendy Davis have a couple of thoughts on the matter, which they told me all about at Lady Parts Justice's Golden Probe Awards on Sunday, Oct. 2.

"He would have to reanimate Nancy Reagan and have sex with her in a mosque at Ground Zero — and I don't even know if that would be bad," Winstead, who founded the reproductive rights organization, says.

Clearly in shock that Trump has made it so far, she is almost at a loss for words. "But I feel like I don't know. I don't know. I mean, I don't know," she says, emphasizing each of those final three words one. At. A. Time. "When I look at the landscape of what's gotten people not elected, I was shocked at those things — Howard Dean screamed that one time, remember? He had a moment where he was just excited."

"We can't have an Internet Troll in Chief"

While Winstead is dumbfounded that this is the world we are living in, Wendy Davis, who was on hand to present an award during the satirical show, thinks that Trump may have just recently lost some votes due to a certain series of tweets he sent at 3 a.m.

"Like he said, he could shoot someone on the street and his voters aren't going to care," Davis says. (And yes, Trump actually said that.) "What he did this week to Alicia Machado is essentially like shooting someone on the street. And a lot of people say, 'We still don't care.' But I do think that women responded by and large very unfavorably to what they saw — not only to his misogyny, but also his racism, as it pertains to the way he has characterized and talked about her."

Davis believes that this particular dose of awfulness from Trump may have changed the minds of some voters. "I think it really turned the tide for a lot of people who maybe thought they were going to stay home," she says. "They decided, 'Nah, we're going to weigh in on this one. This is not what we want.'"

"We can't have an Internet Troll in Chief," Winstead adds (Davis chimes in here with a "There ya go"). "Like, that cannot be America." Amen, sister.