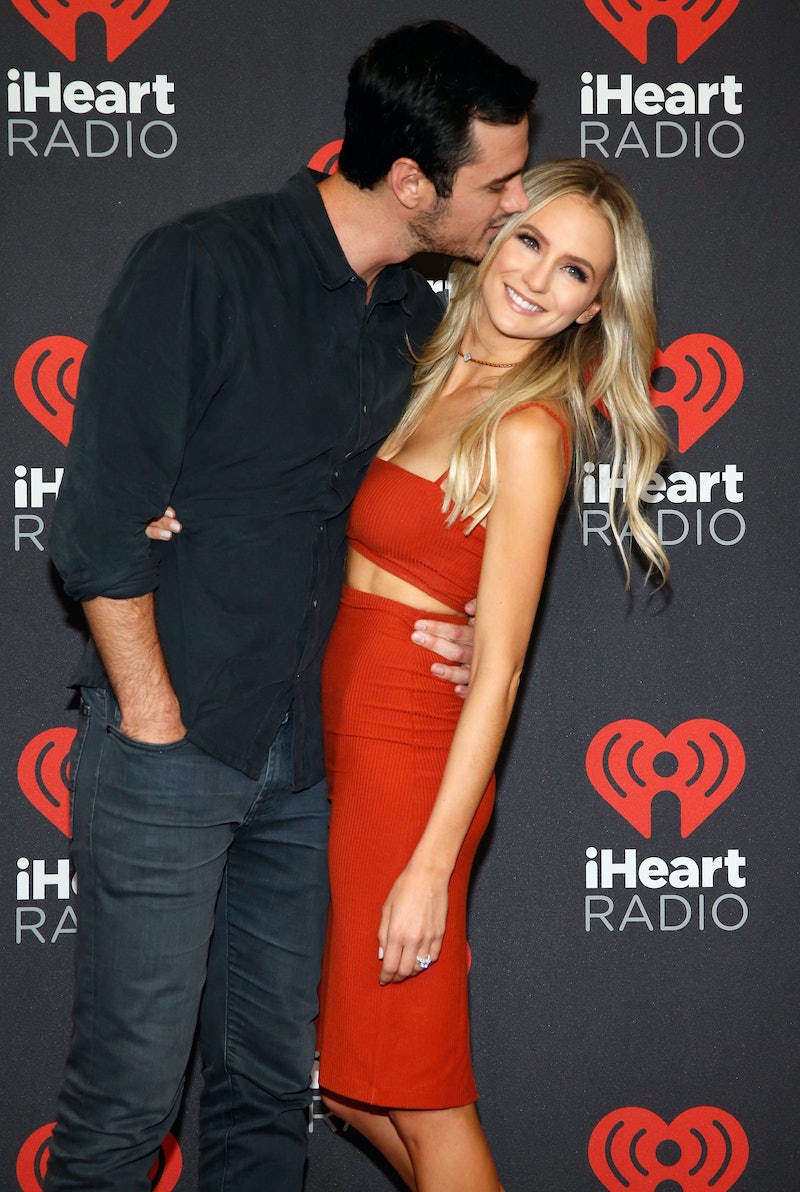 It's nice that I live in a world where I don't have to stop watching Ben Higgins live his life. It was downright devastating for me when I had to say goodbye to him after he chose Lauren Bushnell to be his wife at the end of his Bachelor season. Fortunately, The Bachelor gods have smiled upon fans, because now these beautiful lovebirds are living their lives and planning their wedding day in their new reality series, Ben and Lauren: Happily Ever After?. If I was a gambling woman, I would bet a million bucks that they are going to last. But, do Ben and Lauren want to have kids, now that The Bachelor is over and they're living real life?

Well, all signs point to yes. It seems like these two are super psyched to expand their family as soon as possible. During a Facebook chat with ABC News back in March, both Ben and Lauren agreed that they are looking to have three kids and they would like to start trying to make that a reality pretty soon after getting hitched. Of course, I am sure they might be looking to enjoy simply being together for a bit, but, once they walk the aisle, fans could see some kids pretty soon.

Personally, I think that Ben and Lauren will be great parents, and here is why.

Ben Can Hold A Baby

I don't know who this baby is, but he is doing a great job of letting it sit on his lap while he reads.

These two will be the fun parents, am I right? It's so important to be comfortable being a complete goofball when you have kids to entertain. These two have that ability, for sure.

They Know The Drill

They hold hands like adorable little muffins! Kids get lost if you don't hold their hands. It's science. Ben and Lauren will be fine.

I think it should be a rule that you have to successfully keeps an animal alive and happy for a full year before being allowed to procreate. It looks like Lauren and Ben are on their way. Also, kids love puppies. Again, it's science.

They Hit The Genetic Lottery

Can you imagine the gorgeous little nuggets that these two would create? Ugh.

I sincerely hope that Ben and Lauren film their lives forever and always, especially once they add kids to the mix.