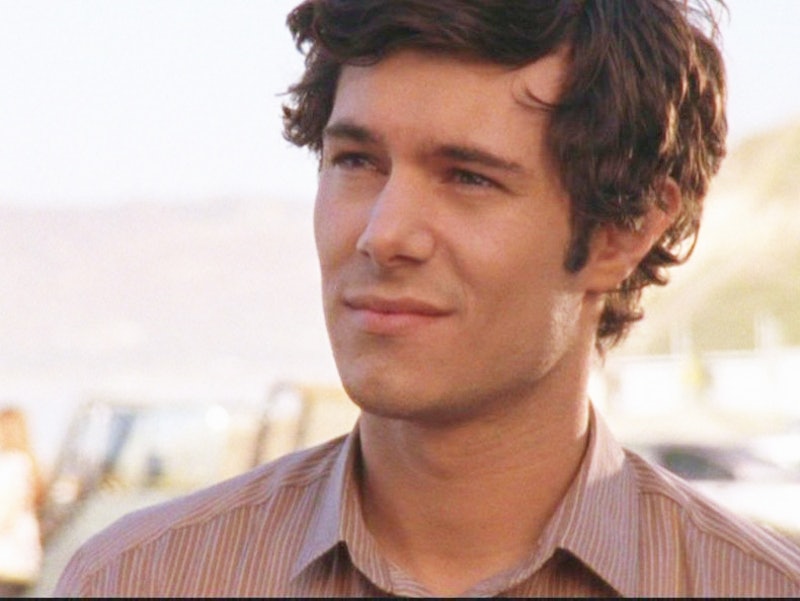 As far as I'm concerned, The O.C. is one of those shows that you can watch again and again, learning something new each time you marathon it. One of the reasons that The O.C. is so endlessly watchable is the fact that every member of the cast is stellar. While it's tough to pick a favorite, since each character on the show has their positive attributes, I instantly connected with Seth Cohen, played by heartthrob Adam Brody. While his adorable looks may have swayed this decision for me slightly, it was Seth's shyness and infectious personality that I related to the most. Watching the character grow, embrace his many quirks, and ultimately pursue the love of his life, Summer Roberts, was so satisfying. Here are just some of the ways that Seth Cohen changed on The O.C. from the pilot to the finale.

Seth was always a self-proclaimed comic book nerd, and he grew to own this identity as the series progressed. When the show started, he was a shy and reserved teenager, and it seemed as though he had very little hope of ever being in a relationship with the woman of his dreams. However, as the series progressed, supported by new bestie and brother Ryan Atwood, Seth found confidence and a real defining sense of self. Here are some of the most drastic changes he underwent.

1. He Learned What It's Like To Have Two Women Fight Over Him

Despite starting out on the show as the resident nerd, Seth quickly became hot property, and had Summer and Anna fighting over him. It was a fast development.

2. His Beliefs Only Got Stronger

He invented — and continued to celebrate — Chrismukkah, the best holiday of all time.

Seth always has a dry sense of humor, but, as the show continued, the character became known for his witty retorts and undying cynicism.

4. He Started Going After The Things He Wanted

With a little help from Ryan, Seth started to reach for his goals. Every moment in which the character stands up for himself or declares his love for Summer is so fun to watch, because it's an important step in his evolution. No longer afraid, he's ready to get what he wants out of life.

5. He Learned What Love Is

Since The O.C. is a show about teenagers, relationships between the characters were always going to get messy. While Seth started the show with a pretty major crush on Summer, it was over the course of several seasons that he got to know her and learned what makes for a successful relationship.

6. He Owned His Weirdness

Instead of hiding his idiosyncrasies, Cohen embraced all of his quirks and craziness, and it made him irresistible to women.

Never judging a book by its cover is an important lesson to learn.

8. He Became More Comfortable In His Own Skin

Considering he was both tall and skinny, Seth often expressed that he felt awkward in his body. It was satisfying to see the character become comfortable in himself.

9. His Neuroses Got Bigger

This was not necessarily a positive development, but Seth did become more spastic even as he matured.

Instead of relying on his family or a relationship to define him, he found faith in himself enough to let people go, knowing that everything would turn out right in the end.

11. He Learned How To Be A Brother

Ryan and Seth's journey toward becoming best friends and brothers was too cute, and their relationship was central to the entire show. Seth loved the opportunity to finally have a brother he could hang out with, talk to (even though Ryan was known as the strong silent type), and rely on.

The flash forward in the finale of The O.C. is the cutest, especially since we see the characters grow up and enter the next stage of their lives. Seeing how much Seth matured from the quiet boy we met in the pilot was particularly striking.

Take a whole weekend and re-watch the entire series to watch Seth Cohen's journey for yourself. It really was magnificently done.

More like this
18 Unanswered Questions From 'The Hills' That Still Haunt Us Today
By Ivana Rihter
What’s New On Netflix: Lana Condor’s Ghostly Comedy & A Sexy Reality Series
By Arya Roshanian
Here’s Everything Coming To & Leaving Netflix In July
By Grace Wehniainen
Pete Davidson Pops Up In This Hidden Scene From The Kardashians Season Finale
By Jake Viswanath
Get Even More From Bustle — Sign Up For The Newsletter