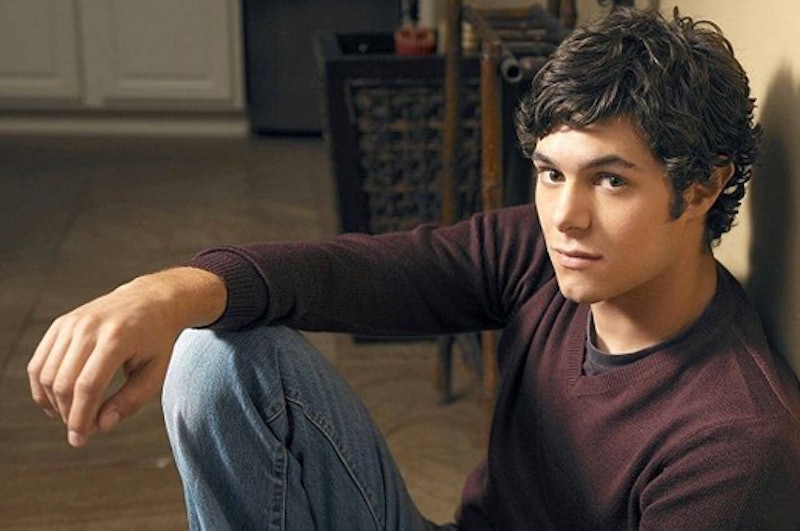 Confession time: I'm not over Seth Cohen breaking up with me. That is — I still haven't gotten over The O.C. going off the air, try as I might to move on. The truth is, before The O.C., there was no other character like Seth Cohen... and after The O.C., there remains no character like Seth Cohen, and it's just crazy to think about how much we've changed since he's been off our television screens every week.

Like, think about it. No longer do we live in a world where bands like The Shins feel obscure or underground, because even the so-called "mainstream" kids are rocking out to "Know Your Onion!" No longer are comic books something reserved for the nerdiest of nerds — now, they're the basis of all our blockbusters! No longer do we feel the need to pick Christmas or Hanukkah, because Chrismukkah is a thing! And that's because Seth Cohen existed. ALL OF IT.

It wasn't always easy. The O.C. cutie broke our hearts time and time again by bunking up with Summer Roberts, and later on, Blair Waldorf. Still, we, as fans, don't regret the four years we spent with him, and the profound impact he left on our lives. Here are just a few ways we've been influenced by our favorite Newport Beach nerd.

He left you perpetually waiting for grand gestures and declarations of love, which ultimately never happened.

After Seth's coffee cart monologue, you thought that one day some charming boy would publicly admit his feelings for you. Or, you at least thought someone would immortalize you in a comic as an animated hottie. But alas, no man has stepped up to the table (stepped onto the coffee cart?) and you're left sneaking around with clandestine affairs. Somehow YOU'VE become the Seth Cohen. That seems... unfair.

You developed a love — nay, a respect! — for bagels.

Carbs be damned, the entire Cohen clan got you hooked on those circular slices of heaven. Even if you're feeling sad, it's nothing a bagel breakfast on a Sunday morning can't fix.

Considering s The O.C.'s soundtrack served as the perfect mid-2000s mix CD, I definitely got enamored with some great indie tracks back in the day.

He encouraged you to use sassy, snarky sarcasm as a weapon.

Seth's Atomic County alter ego was The Ironist for a reason: Chances are you had a quick wit before you started watching The O.C., but Seth Cohen's unique way with words really encouraged you to dial it up a notch. In a world of demonic water polo players, it was his very best defense... and yours, too.

He got you to celebrate Chrismukkah, even if you weren't half-Jewish.

IT JUST SEEMED SO FUN.

He instilled your need to celebrate made-up holidays.

World Sleep Day? National Puppy Day? Once upon a time there was only Halloween, Thanksgiving and Christmas, but now, all of a sudden, every other day is worth celebrating. And if there isn't a holiday to celebrate? You'll just make one up! Yes, Seth may have imagined Chrismukkah, but you're the official inventor of Passeaster. Your favorite part is when you hunt for the kosher eggs left by the Passeaster Rabbi.

But most importantly, he made sure you never felt alone, as your sensitive, smart, imaginary boyfriend.

Because if you were a loner you were strengthened in empathy, and if you had eyes and ears you were swooning all over the place. Like, how does that face not brighten your day? It's always a blessing to have Cohen around on DVD when your Tinder dates disappoint.