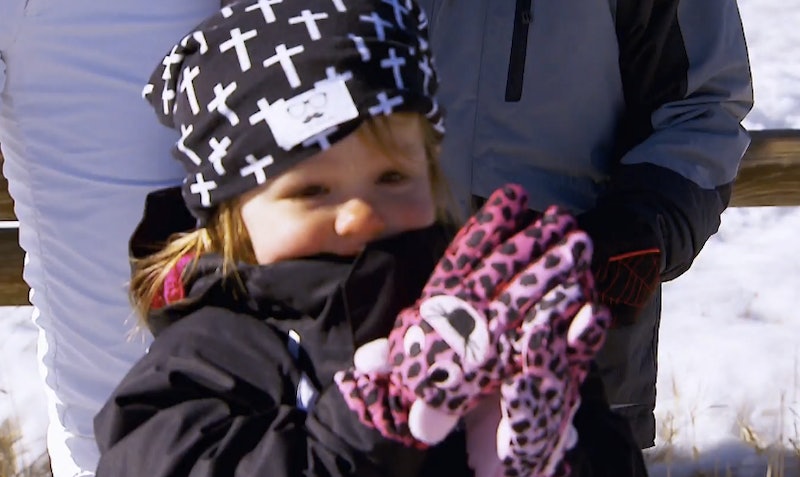 I cannot help loving Kim Zolciak's show Don't Be Tardy. She and husband Kroy Biermann have such a nice relationship and the most adorable family. They have six kids, so it makes sense that it's hard to give every one of them equal time on camera, especially since some of them are so young, but I do think that there's one family member who deserves to receive a little bit more attention. Kim youngest daughter, Kaia Biermann, needs more screen time on Don't Be Tardy . She is only a toddler, but she already has such a big personality. Pretty much every time the camera cuts away to her, I crack up, and I know that I'm not the only one. The girl is a natural!

If you follow Kaia's mommy on social media, you already know that she is severely under utilized on the show. This little girl has so much sass, adorable style, and just all around cuteness. She could be the shining star of Don't Be Tardy in the same way that Teresa Giudice's middle daughter, Milania Giudice, steals the show during every Real Housewives of New Jersey episode. I can totally see it, but first Kaia needs to make it into more episodes.

1. She's Been A Diva From The Start

There is no way that Kim would ever have a baby who wasn't super opinionated. Right from the beginning, Kaia had flare and a distinct personality.

2. She Already Shines On Social Media

Kaia already knows how to work it with a Snapchat filter. She clearly knows how to play it up for the camera, so she deserves to get more shine on the family's reality TV show.

Even though she's just a toddler, Kaia already has a love for all things fashion.

4. She Is Always Down To Have Fun

Viewers have seen her driving around in her little baby car on the show, and Kim's social media followers know that Kaia is always up to something adorable.

5. She Is Not Afraid To Express Herself

Just like the great reality stars before her, Kaia has no issue keeping it real and sharing her opinions.

6. She's The Only Girl Among The Younger Biermanns

Kaia needs to represent for the younger Biermann babies as the sole female with a little more time on the show.

7. She & Her Twin Have A Sweet Relationship

Kaia and her twin brother, Kane, are always holding hands and playing on Kim's social media. Fans would melt watching that kind of footage during Don't Be Tardy.

8. She Loves Posing For The Camera

Seriously though. Kaia has been a star right from the jump. I feel like there is so much amazing footage of this baby laying on the cutting room floor.

Kaia is always blowing kisses and giving out hugs in the Biermann family's social media posts.

10. She Enjoys The Star Treatment

Kim Zolciak is reality TV gold. The only thing better than having Kim on a reality show is to have two of them and that's why we need more Kaia.

Of course, Kaia shouldn't be on the show too much — she's just a kid! But seeing as she and her siblings are already in the background to Kim and Kroy's drama on the show, I'm sure fans would love to see some more of her cute moments here and there.