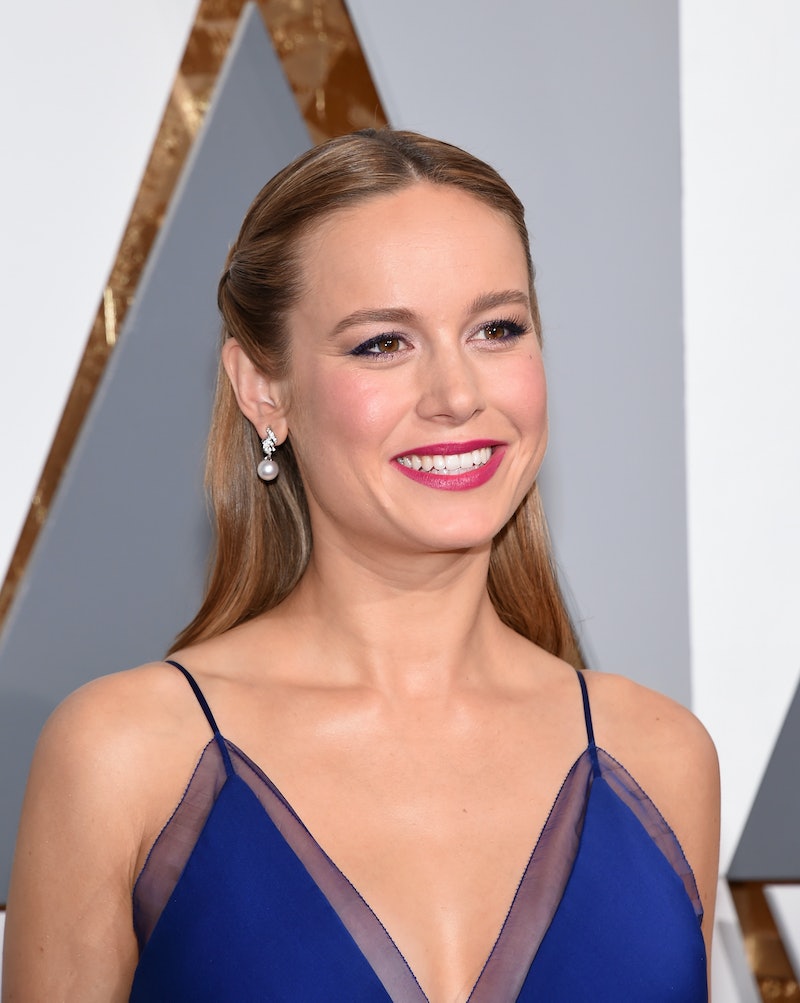 Step aside, Captain America! Marvel's got a brand-new captain at its helm. Following the announcement that Oscar-winning actress, Brie Larson, is joining the Marvel Cinematic Universe as Captain Marvel, fans haven't received much information about one of the few female superheroes joining the Avengers. However, with Doctor Strange on the way, it looks like Marvel Studios president Kevin Feige is finally ready to share more about the first female Marvel superhero set to get her own self-titled feature film. And, well, it sounds amazing: Apparently, Captain Marvel is going to be an origin story, so when we meet Carol Danvers, she'll be meeting her own superhero persona.

"[Black] Panther isn’t really an origin story since we saw him already in Civil War, but his stand alone certainly introduces you to 99 percent of his world which you never saw before," Feige said while discussing the MCU's next round of solo films at a screening for Doctor Strange, according to The Playlist. "And Captain Marvel is certainly an origin story from the start.” Yep, get ready to see the half-human, half-Kree hero come to life. Properly providing fans with just the character fans of the comics know and love.

So, what will Carol Danver's origin story be about? According to a 2015 interview with Captain Marvel co-writer, Nicole Perlman (who also co-wrote Marvel's Guardian's of the Galaxy) in Wired, Marvel is buckling down to make sure they get the story of the N.A.S.A. employee-turned-superhuman right.

“We’ve been talking a lot about archetypes and what we want this movie to be about and just how to write a strong female superhero without making it Superman with boobs. Meg [LeFauve] and I are doing a lot of brainstorming and we’ll catch ourselves and say, ‘Wait a minute, what are we saying [here] about women in power?’ Then we have to say, ‘Why are we getting so hung up on that? We should just tell the best story and build the best character.’"

Meanwhile, Captain Marvel isn't the only female superhero who's had rumors of an origin story prior to appearing alongside the Avengers as of late. In a recent interview, Ant-Man's Evangeline Lilly also revealed that 2018's Ant-Man and the Wasp will feature an origin story for Marvel's Wasp as well. So, basically, female superheroes are about to take over the MCU. It's a glorious time to be alive.