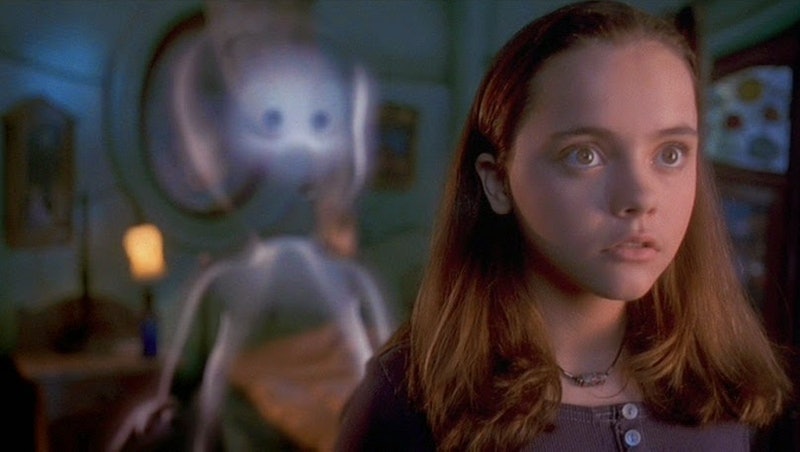 If you've ever been ghosted before, you know the power of silence. In the dating world, particularly the world of online dating, ghosting is an exit strategy people often refer to when they're not interested in continuing the fling. Because we're all separated by distance and screens, it can be easier to simply delete someone from your phone than it is to find the worlds to explain to them why you're not interested in moving things forward. But what's easiest isn't always what's the most humane, or right.

The first time I got ghosted, I was confused and hurt. I didn't understand why someone thought it was OK to just disappear without any warning. He stood me up and stopped returning my texts and blocked me on the dating app. I was incredulous. I thought something must have happened to him. I was worried about him at first. Why would any normal person just not show up for a planned date and have no excuse and be unreachable? Something terrible must have happened. My roommate, who's a seasoned online dater, quickly explained to me that he was fine, he just wasn't that into me. (Ouch.)

The outrage lasted for while. Until I started to date more and realize that when you're not into someone, it can be really difficult to find any polite combination of words to say so. The easier thing to do is nothing. And so despite my terrible first-hand experience as the victim of a ghosting, I ghosted somebody. I didn't want to cancel plans again, I didn't want to have to deal with their disappointment or rescheduling, I just wanted them to no longer exist in my life. And so I deleted them. And then the guilt set in.

All of those terrible feelings that I was left with when someone did this to me, were being transferred to him. He didn't understand why I went from being seemingly interested and on the same page, to being too detached to even call it off properly. But without having any helpful explanation for why my feelings no longer met theirs, I felt like I had no other option. But there are options, and these are a few more humane routes to take:

OK, I feel you, texting is so immediate. It can feel really personal knowing that the other person could respond right away. And you're not looking to have a conversation, you want to say your piece and close the door, so consider sending an email instead. Chances are, they won't respond right away, and they'll understand that this is your way of establishing distance.

Send A Text And Block

Though your instinct might be to block someone right way, have a little heart and give an explanation first. It's totally your right to block someone if they're being inappropriate or harassing you, but if you've simply lost interest and don't have the nerve to say so because you don't want to have to deal with it, write out a text message that explains your reason for ceasing communication in the kindest and clearest way possible, and then you can do whatever you want.

White lies are permitted in the dating world. You don't have to hurt someone's feelings or make yourself uncomfortable by being overly honest when you're breaking it off with someone you haven't dated very long. You can tell them that you're overwhelmed with a personal issue, that you have to focus on work or aren't interested in dating right now. Those are fine excuses that allow them move on with some sense of clarity.

The truth can hurt, but it can also be empowering. Consider doing just that — just make sure you do so with compassion. Tell the person why you don't want to see them again. Tell them that you'd like to stop talking. Say it all, telling the truth isn't as hard as it looks and you'll probably feel better after.

Give It One More Try

I know this is the opposite of what you were planing on doing, but ask yourself why you don't like this person anymore. Did you really give them a chance? Is it possible that they're worth another date? Do you cut people out too easily? Consider this, and if you decide to go out with them again and realize that you're still not interested, tell them when you're face-to-face — the old fashioned way.

Getting angry or confused texts form someone can be stressful or upsetting. But such is life! Own up to your actions and take the heat for your decisions. Send that break up text, and then talk them through it until its dealt with. It won't go on forever.

Say You're Just Looking For Friendship

Pull the friend card. Let this person know that you're not interested in going on an other date, but if they want to be friends, you're down to hang. They'll probably get the picture and move on, but at the very least, they will feel like you care and they'll feel less rejected.