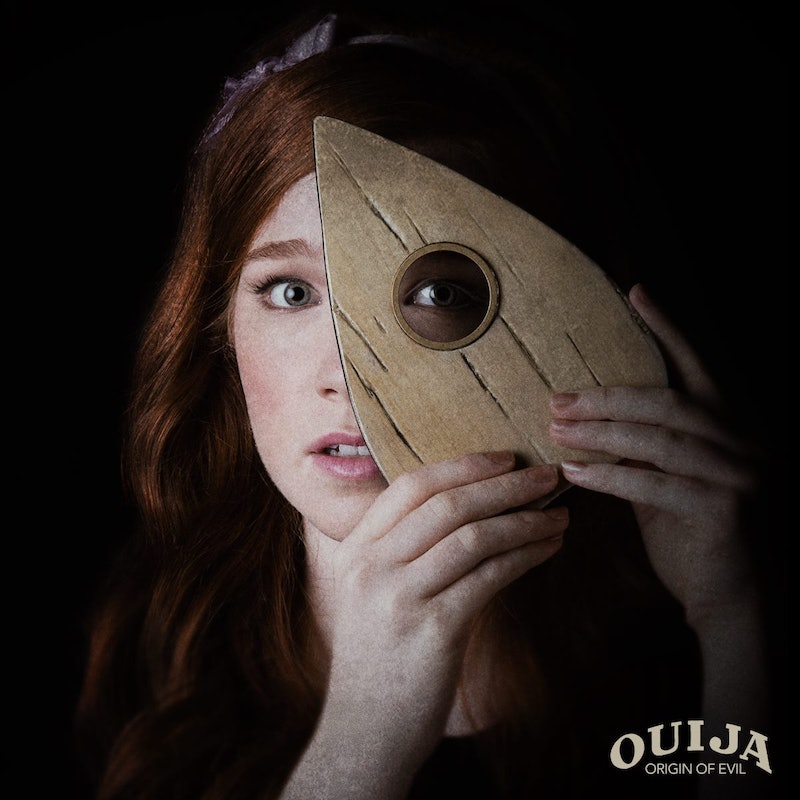 What's the one thing better than a horror movie sequel? Why, a prequel of course. Ouija: Origin Story is the prequel to 2014's Ouija , which found a group of teenagers gathering around the Ouija board to find out what happened to their friend Debbie, who committed suicide after playing Ouija by herself. Just as the original Ouija film played on the creepy legend and scary stories about the Ouija board game, Ouija: Origin Story similarly uses the urban legend of the Ouija Board to creep out viewers. The movie is inspired by a creepy film and even creepier game, but just how scary is Ouija: Origin of Evil ?

It's pretty terrifying in its own way. Ouija: Origin of Evil follows the Ouija model of a young girl who gets possessed via Ouija board. But, Origin of Evil, which takes place in the '60s, adds in an interesting twist to the typical possession horror sub-genre by setting the film in the home of a widow who conducts fake séances to support herself and her two daughters, Doris (the possessed) and Paulina. Giving the film this self-reflexive quality adds to the scare factor of Doris' possession because, in their household, the fear of possessions and spirits is exploited, and thus minimized. This kind of think is supposed to be fake, not real, and certainly not in their own home.

It's not surprising that Ouija: Origin of Evil takes a different, more subtle approach to horror than Ouija. The original film, while a hit at the box office, was panned by critics. So, when Origin of Evil director Mike Flanagan (Hush) was approached about a potential sequel, he reportedly hesitated. "I initially had no interest in doing a sequel," Flanagan said in an interview with Dread Central. What apparently swayed him in the end was producer Jason Blum, who gave Flanagan a green light to explore whatever he wanted in the sequel, even if it differed completely from the original. "It's not very often that you can take a very successful horror franchise... and say, 'I'm really interested in making a period piece about a single mother,'" Flanagan told Dread Central.

If you're a fan of mainstream horror — light on plot, heavy on blood and guts — then Ouija: Origin of Evil might not give you the scares you're used to. But, if self-aware scary movies are the ones that really get you, then Origin of Evil is bound to have you shaking in your seat. Watch at your own risk.