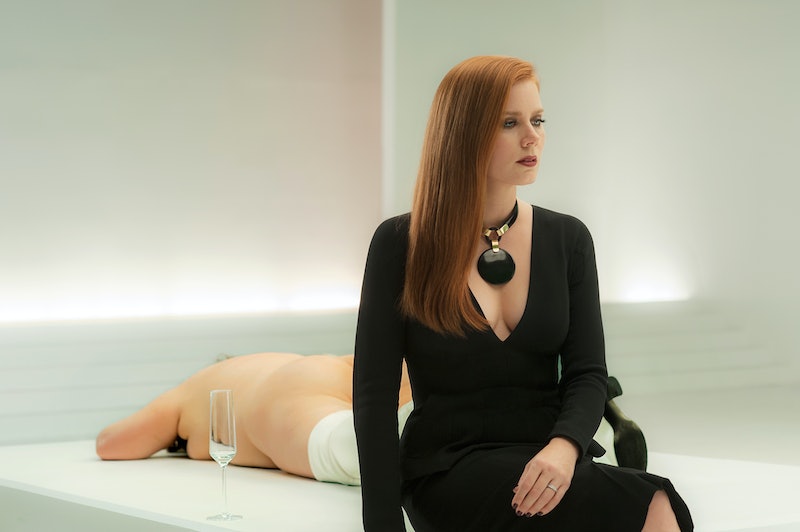 Most Oscar-worthy movies can be described as dramas and tearjerkers. A few could be called comedies or romances and biopics, but not very many have truly earned the title of "sexy." It's hard to be a truly sexy film and win an Academy Award. Sex might sell, but cram too much sexy into a movie and you risk alienating viewers, critics and the Hollywood-approved Academy members. For a movie to be called both sexy and an Oscar contender, they need to walk a fine line between Shakespeare In Love and Fifty Shades of Grey (in regards to quality and in sexual content). Lucky for us, though, these 11 sexy Oscar contenders for the 2017 awards do just that.

American Honey isn't as sexy as Girl on the Train, but the love story and self-discovery aspect of the film certainly make it sexier than others.

Moonlight isn't your traditional sexy movie. In fact, it's not really the sexiest movie by a long shot. But, it does deal with themes of masculinity and sexuality.

As a drama about the interracial couple who challenged anti-miscegenation laws in the US, Loving isn't obviously sexy. But, what's more sexy than a love that literally changed the course of history?

A love triangle between an actor, her driver, and a billionaire in old Hollywood — you couldn't ask for more.

Allied is a sexy movie masquerading as a WWII spy thriller. You don't cast Marion Cotillard and Brad Pitt as spies-turned-lovers for nothing.

Nocturnal Animals could just be two hours of Amy Adams looking into the distance and it would still be the sexiest movie in theaters.

I know what you're thinking: doesn't the whole breaking into song thing take the sexy out of a musical? No, no it does not. Besides, no matter the genre, the pairing of Ryan Gosling and Emma Stone will never not be sexy.

Passengers is a tricky movie to place in Oscar contention, mostly because it feels like a summer blockbuster that is inexplicably being released during Oscar season. But while it's Oscar buzz can be debated, it's sexiness cannot.

Live By Night stars Ben Affleck and Zoe Saldana and takes place during Prohibition, so, yeah, I'd say it's going to be pretty sexy.

Similar to Loving, A United Kingdom takes a look at an interracial couple who challenged convention in the 1940s. Again: nothing says sexy like forbidden love and political activism.

As we get closer to Oscar season, perhaps more films will reveal themselves as secretly sexy. One can certainly hope, right?