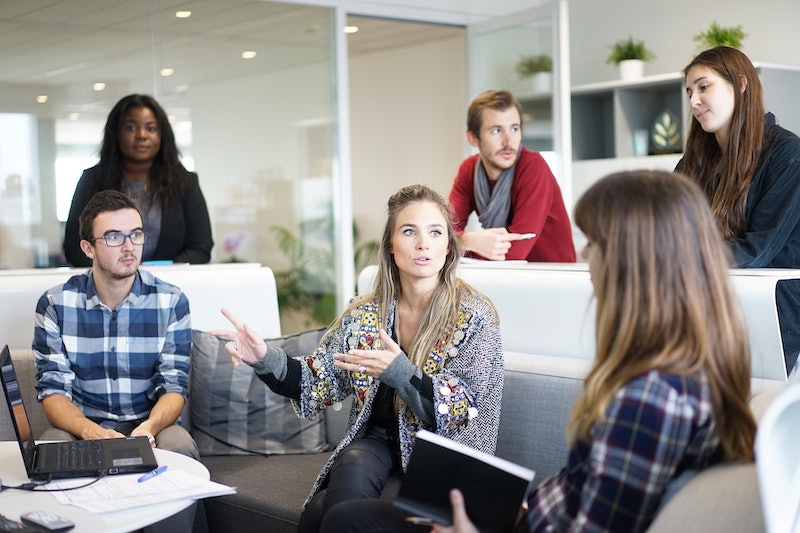 Typing "Millennials are..." into a search engine and waiting for a non-offensive suggestion to pop up is a pretty fruitless task. We've long been demonized for our supposed collectively bad personality traits, and it's reflected in the search results. But really, are millennials lazy? Or is it just another tired old trope, wheeled out by older generations to try and excuse the global economic conditions which have left us poorer, more depressed, and less able to do things like buy property than those before us? According to new research, those stereotypes aren't accurate; apparently millennials' and Baby Boomers' work ethics are actually quite similar.

The research, which comes out of Detroit's Wayne State University and was published in the Journal of Business and Psychology, examined whether generational differences exist in work ethic by doing what's called a meta-analysis — that is, they compiled all previously published research studying the Protestant work ethic in the United States and took it as one giant data set. Each study used in the meta-analysis provided information of the average age and average work ethic score of the participants; in total, the meta-analysis amounted to 77 studies and 105 different measures of work ethic.

The analysis covered three phases, each of which zeroed in further on the exact measurements for each of three generations: Boomers, Generation X, and Millennials. And hey, guess what? The researchers found that there is no generational difference in the way apply ourselves at work. What's more, although the scientists did take into consideration a higher work ethic in studies that contained the response of employees working in industry rather than of students, they still found no generational differences in work ethic overall.

According to Keith Zabel, who led the study, the results have big implications for the workplace. "The finding that generational differences in the Protestant work ethic do not exist suggests that organizational initiatives aimed at changing talent management strategies and targeting them for the 'very different' Millennial generation may be unwarranted and not a value added activity," he said according to Science Daily. "Human resource-related organizational interventions aimed at building 21st century skills should therefore not be concerned with generational differences in Protestant work ethic as part of the intervention."

This is the kind of conclusion I and so many others have been waiting for my parents and other Baby Boomers to come to. Not only is our work ethic matched to that of those before us, we've actually managed to do this in spite of an ever-rising number of handicaps: The rising cost of living both while at work and in retirement, stagnant wages, astronomical student loan debt, a terrible economy, and on and on and on. Not to mention, we now exist in a culture that frames internships and zero hours contracts as a necessary part of adulthood whereas; the kinds of 9-to-5 jobs with benefits our parents had (that also don't follow you home as much at the end of the day — thanks, technology!) are much fewer and farther between.

I for one, really hope studies like this will help eradicate the myth that we as youngsters have it easier, once and for all. There's nothing wrong with our work ethic, so stop telling us we're lazy. We're not. And that data proves it.

More like this
6 Abortion Advocates To Follow On TikTok
By Sara Youngblood Gregory
The Best Underwear For Sensitive Skin, According To A Dermatologist
By Alexa Vazquez
I’m Obsessed With obé Fitness’ At-Home Workout Classes — & It’s WAY Cheaper Than A Gym Membership
By Amy Biggart
Tapping Mind/Body Power: Evia Brings Digital Hypnotherapy To Menopause
By Cassandra Seale
Get Even More From Bustle — Sign Up For The Newsletter