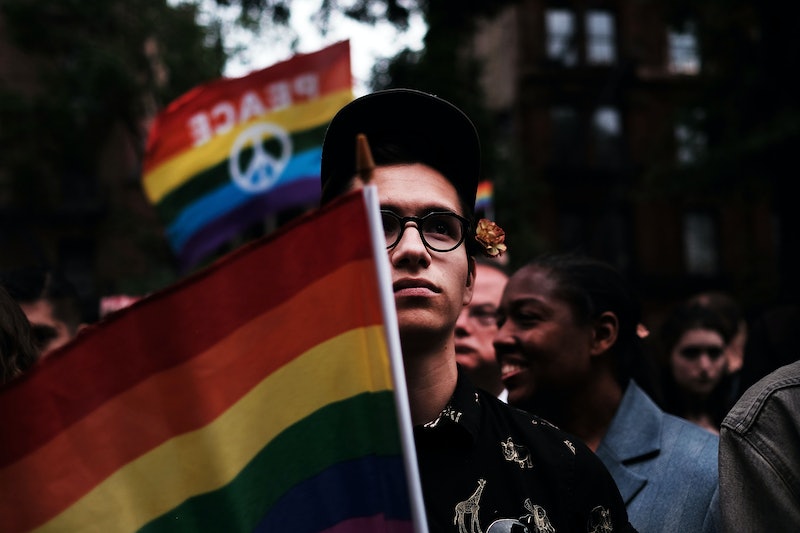 When it comes to national landmarks, most of us think about gargantuan parks and monuments — but not all places worthy of being memorialized are out in the wilderness or built out of stone. There are, for example, a huge number of important places in LGBTQ history that deserve to be monuments. So why don't they receive the same status and recognition? In June of 2016, President Obama declared the Stonewall Inn as a national landmark to celebrate and honor its important presence in the fight for LGBTQ rights and equality; it's far from the only notable location for LGBTQ history, though. And it's long past time to honor them.

While we've had progressively more discussion about LGBTQ issues and equality in recent years, as a whole, our history tends to silence the queer community. Seeing The Stonewall Inn receive recognition as a place of historical and cultural significance, however, gives many of us hope that more important places in LGBTQ history will receive similar attention. Interestingly, back in 2014, National Park Service released a campaign promising to identify sites of LGBTQ history. Recognizing Stonewall has definitely been the most public sign of that movement, and suggests that more locations might be on their way to the same status.

Not everyone is happy about Stonewall's designation — some people are conflicted about LGBTQ rights and equality, while others struggle to view bars, restaurants, or even houses as "worthy" of national recognition in comparison to places like Yellowstone or the Lincoln Memorial. For the queer community, however, places which may seem unimpressive on the surface, such as a neighborhood bar, have long been safe spaces and hubs for organizing, creativity, and support.

While many places should be in the running for landmark status, here are five of the LGBTQ historical sites that stand out to me.

The Black Cat is a bar located in the Silver Lake neighborhood of Los Angeles. Unassuming at first, the Black Cat is actually where some of the first riots in the United States protesting police harassment of the LGBTQ community took place; in fact, these riots preceded the Stonewall Inn riots by about two years. Similarly to Stonewall, the Black Cat was a safe space for many LGBTQ people not only to organize and work on activist activites, but to feel comfortable and be out among one another at a time when they would risk arrest otherwise.

Julius' Bar is located in the West Village of New York City; in fact, it's already considered an historic site by the state of New York. As Glenn Blain explained at the New York Daily News earlier this year, "Julius' is one of the city’s oldest bars in continuous operation and was the site of the 1966 'sip-in' to protest state Liquor Authority regulations that prohibited bars from serving drinks to gay men or lesbians."

Harvey Milk is something of a legend for the LGBTQ community, and for good reason. Milk become the first openly gay person elected to public office when he joined the San Francisco Board of Supervisors. His camera shop, Castro Camera, was the hub of his campaign and related political activism. His work dealt largely with LGBTQ issues, childcare, and even civilian police. Castro Camera is in what is now considered a historically LGBTQ-friendly part of San Francisco, and the national landmark designation would be a great way to honor Milk and all of his important work.

Though we are all familiar with Kentucky clerk Kim Davis and her refusal to marry same-sex couples at her office in Rowan County, Kentucky, I have to admit that recognizing her office as a national site had never crossed my mind. As Aaron Morrison at Mic points out, however, there is some incredible symbolism to be had if we take that route.

Explains Morrison, "After the Supreme Court validated marriage for same-sex couples nationwide, Kim Davis announced that she would turn away gay couples seeking marriage licenses because of her deeply held religious opposition to same-sex unions. But couples from across the state defiantly lined up at Davis' office to file for licenses." Now same-sex couples can receive their licenses as the law ensures, right in her very office — making it a powerful symbol of change.