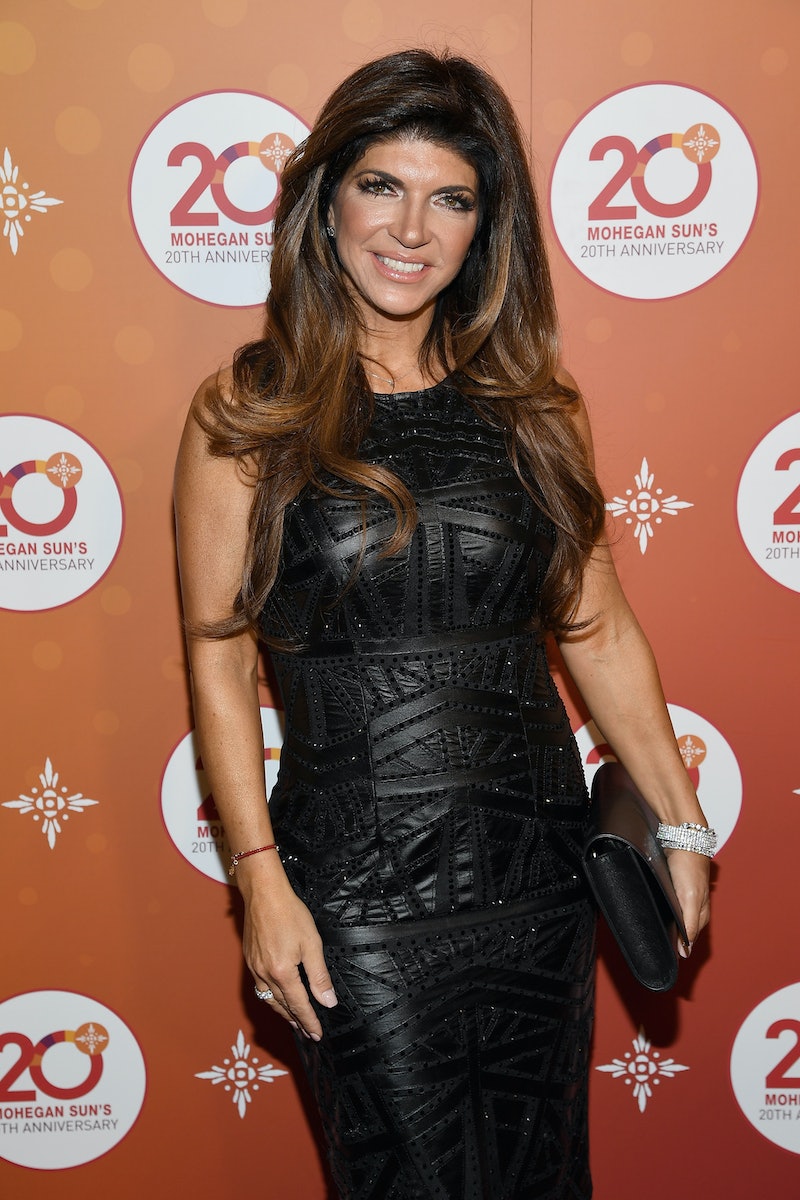 If you're a loyal Real Housewives of New Jersey viewer, it is very likely that you are invested in the up and down friendship between Teresa Giudice and Jacqueline Laurita. These two went from being best friends to worst enemies to frenemies and pretty much anything else you can think of. At this point it's hard to keep track of all the drama between them and since the current season was filmed months ago, I can't help wondering where things stand between the two of them now. Thankfully, the queen of New Jersey (Tre, obviously) was present at Mohegan Sun's 20th Anniversary Celebration to speak about some pressing RHONJ-centered issues. Teresa shared the current state of her relationship with Jacqueline during the Real Housewives panel, and I have to be honest, I wasn't really surprised by what she had to say.

Although the most recent RHONJ season is still airing, Teresa made it very clear how she feels about Jacqueline these days. The mother of four admitted, "Unfortunately I'm done with her. I'm sorry, guys. That plane flew and crashed and it's done." First of all, I love Teresa for always getting creative with her metaphors. The plane flying and crashing was just a golden Teresa way of phrasing things. But, yeah, sadly for anyone who was a fan of their friendship, it really does seem like Teresa and Jacqueline can never go back.

"I'm serious, I don't need that around me, negativity. And not only is she hurting me, she's hurting my husband, she's hurting my four daughters by the negative things she says and puts out there," the cookbook author continued. "I wasn't seeing it before ... Sometimes the closest people to you hurt you the most, and it's sad but, you know, she's a stranger to me. She's not my family, so goodbye. Like, I'm done."

Well, she can't really be "done," if they are both cast members on the same reality TV show, but I do get what Teresa is trying to convey here. Sure, we've seen Teresa and Jacqueline call it quits a million times over the years, but now that Teresa is besties with sister-in-law Melissa Gorga, and she's playing the role of a single parent now that her husband, Joe Giudice, is serving his 41-month prison sentence, it really seems serious this time.

So, does Teresa "hate" Jacqueline? It doesn't really seem like that's the case since she also said, "I wish her all the best. I don't know if she wishes me all the best, but I wish all the best to her and her family, and I told her ... please just leave me and my family alone."

Teresa really does have a lot to focus on with her family, so I can see why putting in time to deal with a tumultuous friendship is just way too much right now.

Jacqueline has also recently opened up about their relationship. In a Oct. 10 entry in her Bravo blog, Jacqueline reflected on that crazy Vermont trip: "After seeing that episode, I realized I was right about the feelings of doubt I was having about Teresa and Melissa [Gorga]. They were clearly not my friends before we ever got to Vermont."

Jacqueline continued, "I, unlike some of the others, never wanted anything from her than just to be a friend and for her to be real with me. Unfortunately, I learned on that trip that she is incapable of having that relationship with anybody. That made me sad, especially with the long hard road she still has ahead of her."

No matter what else the former best friends disagree on, I do think that Jacqueline can agree with Teresa when she explained her goal to is to "keep the negativity out." Now, I'm just look forward to the inevitable sparks that will fly during the reunion episodes.