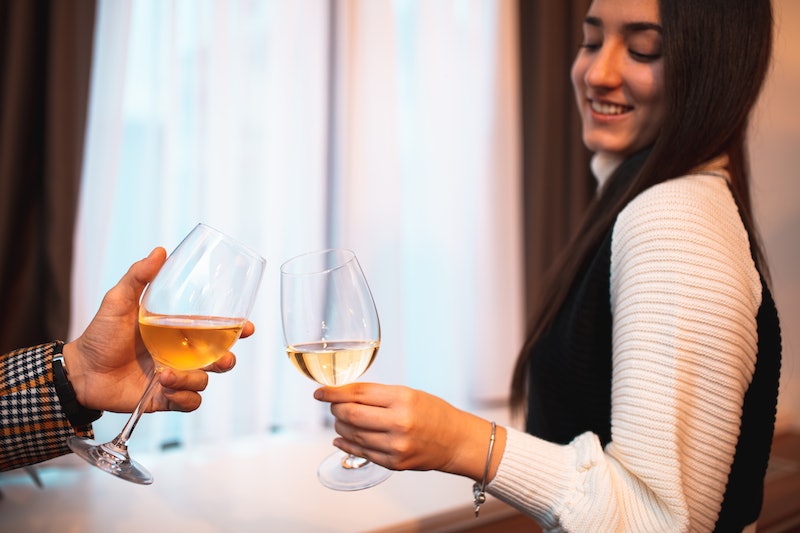 Sometimes, people in privileged positions don't really understand what it's like to be disadvantaged. So, men can end up pretty clueless about things women deal with. There are, for example, a number of things women deal with on dates that men have no idea about — not because they don't want to understand, but simply because circumstances haven't forced them to put themselves in women's positions.

What women deal with on dates, of course, is a reflection of what they deal with in all areas of their lives, like sexist attitudes, belittling remarks, and threats to their safety. The fact of the matter is, we live in an unequal world, and that affects our lives on a very personal level. The wage gap teaches women that their value is lower. The prevalence of sexual assault makes us scared of people. It's impossible for the structural inequalities throughout society not to show up in the bar, restaurant, or cafe where you've just sat down with your date. And by understanding how these inequalities operate, men can better understand what their dates are dealing with or, if they don't date women, simply support the women in their lives.

Here are a few things women deal with on dates that men may not be aware of or fully understand.

Sexual assault and harassment are so commonplace that the majority of women have experienced one or the other. According to Stop Street Harassment, 65 percent of women have experienced street harassment. And according to the Association of American Universities' Campus Climate Survey, a third of American women experience sexual assault during college. And most sexual assault happens at the hands of dates and other people we know, according to RAINN. So, it's understandable that we're often afraid our dates may be capable of sexual misconduct. We certainly wouldn't like to think so, but we're not being unreasonable for wondering.

Because women are often warned about the possibility of being sexually violated or experiencing other crimes — and blamed if we are the victims — we end up putting systems in place to deal with potential safety concerns before we go on dates. I, for example, have planned to text friends at a certain time so they could be reassured I was OK.

3. Expectations For Our Looks

Granted, there are women who go on dates without makeup and aren't penalized for it. But since the expectation for women to perfect their looks is so strong, women often feel like they have to put way more effort into their clothes, makeup, and hair than men do. The video above by comedian Rose Surnow is a hilarious illustration of this. Even if men are expected to pay for dates (which, by the way, is also an unfair product of the patriarchy), women end up throwing a lot of money into just getting ready.

When straight, white, cis men go on dates, they can usually rely on their dates respecting them as human beings and seeing them as at least on their level. Women who date men cannot. It is very common for us to encounter people on dates — even people who seem really nice and advocate equality — making casual remarks about women's supposedly inferior abilities. In addition to just wondering if someone is attracted to us or shares common interests, we also have to wonder if they acknowledge our humanity.

5. Retaliation For Rejecting Someone

At worst, some women have actually been injured and murdered for rejecting men. In the less severe cases, we may get insulted or threatened. Either way, because society fosters a sense of entitlement to women in many straight men, we risk being victimized just for not wanting to see someone again, no matter how politely we express this. So, for a woman, going on a date isn't just a fun activity — it's a scary one. And it shouldn't have to be.