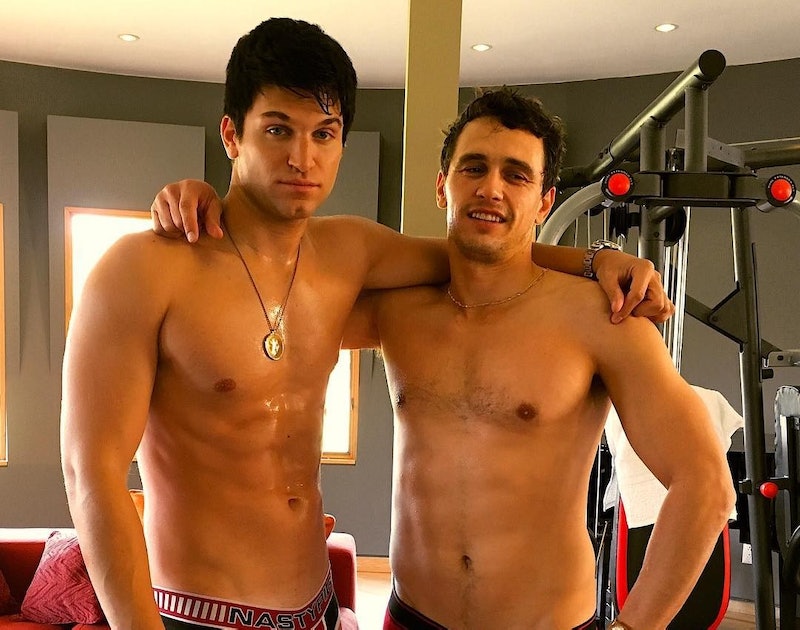 James Franco has made a reputation for himself as an artist who loves to take risks. Seemingly not content with just being a blockbuster movie star, the 38-year-old has expanded his craft in a number of unexpected ways, like taking film classes at NYU and landing a role on soap opera General Hospital. His newest film, King Cobra, continues that trend. Franco both stars in and produces the movie, which is a wild tale about the murder of a gay porn producer by two aspiring producers in the industry. This all sounds crazy, yes, but as it turns out, King Cobra is actually a true story.

Cuadra is claimed to have assumed the identity of Danny Moilin, a young-looking aspiring gay porn actor who could potentially take the place of Corrigan at Cobra. After several emails, Moilin (in reality Cuadra) allegedly secured an invitation to Kocis' home in suburban Pennsylvania one night. There, he and Kerekes allegedly stabbed Kocis 28 times, nearly decapitating Kocis before reportedly setting the house on fire when they left. A trail of evidence led investigators to Cuadra and Kerekes, while Corrigan and his boyfriend, Grant Roy, were also persons of interest. Working with police, Corrigan and Roy agreed to meet with Cuadra and Kerekes in San Diego while wearing a wire in an attempt to clear their names. It worked. The two escorts were recorded confessing to the murder. They were both convicted of Kocis' murder and are currently serving life sentences with no possibility of parole.

King Cobra is a wild murder mystery filled with sex and scandal, another interesting highlight in James Franco's varied career. But even Franco's crazy career looks tame compared to the real life story behind the film.