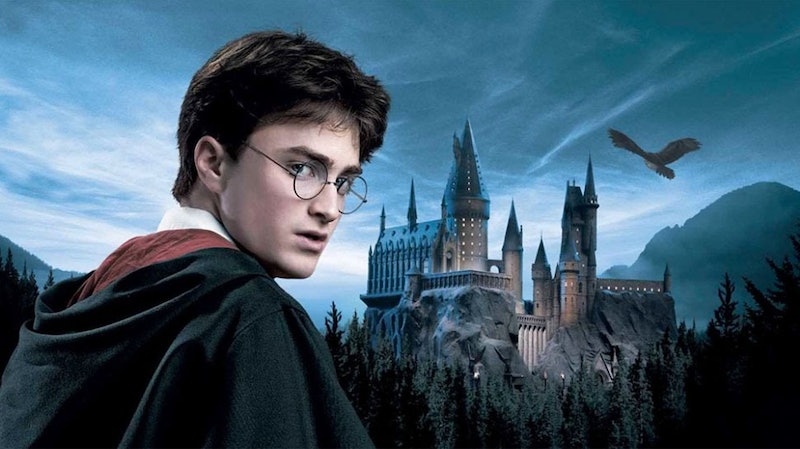 Months ago, with fans clamoring for a Harry Potter-themed answer to "Pokemon Go," one game developer was gunning to produce the definitive wizarding experience on the mobile market. After the announcement of an exclusive Fantastic Beasts and Where to Find Them title on Google Daydream View, Ondrej Tokar's ambitious project, Maguss Wand, is forging ahead into life after "Harry Potter Go."

The Maguss Wand creator admitted to being surprised by the Indiegogo campaign, but not at its success. Tokar says his game "received much better media coverage" in 2015, "even though the concept was unfinished, design was a disaster, ... prices were higher[, and the] market was not 100 percent ready for such a game." Because of that, he expected the Indiegogo crowdfunding effort to reach its goal much easier than it did.

Even so, to say that Maguss Wand's Indiegogo campaign progressed much more smoothly than its 2015 Kickstarter would be an understatement. The Kickstarter failed to meet its fundraising goal by the Sep. 13 deadline, having raised nearly DKK 207,000 — about $30,000 USD — of its DKK 450,000 goal. Thankfully, Tokar's game pressed on.

Maguss Wand's journey began much earlier than either of its crowdfunding campaigns, however. Tokar says he was inspired to begin work on the game two years ago, after he took "a Harry Potter trip across the U.K." with his girlfriend. The game as it exists today — a mobile app with an optional wand peripheral — has been scaled down tremendously from Tokar's original ideas. He says:

When we were in the train heading towards Fort William, I was thinking that I'd love to build a Hogwarts-like castle and just bring a little magic to reality. It wasn't only about Harry Potter; I always liked castles and some medieval elements. Then I decided to start with something smaller, like a magic wand. [The i]nitial idea was to build a wand and a suit hanging on some ropes tied to electronics that could do more as a reaction to casted spells than only a notification on a phone, but that was too sci-fi and not accessible by regular people. The game has evolved and improved until we've got what we have now.

In July 2016, after several months of radio silence, Maguss Wand revived its public campaign with marketing inspired by the success of "Pokemon Go" and fans' calls for a Harry Potter-inspired mobile game. Although Tokar and his team "wanted to attract Warner Bros. or J.K. Rowling to get under their wings and make" Maguss Wand into the "Harry Potter Go" title that Potterheads wanted to play, waiting for endorsement from the production company and author meant delaying major parts of the game's design. Unable to wait any longer, Maguss Wand forged ahead, creating its own immersive world.

"We made our own story, gameplay and incorporated unique elements," Tokar says. Unfortunately, because Maguss Wand plans to release the underpinning lore as a comic mini-series or eBook, Tokar cannot share many story details. However, he can say that Maguss Wand is "about magic being present since the very beginning, but being oppressed very much during the Middle Ages, which resulted in only four wizarding Orders staying alive that are now recruiting to bring balance to the world again."

Earlier this month, a Made by Google livestream revealed that a Harry Potter virtual reality experience based on Fantastic Beasts and Where to Find Them would debut on Google Daydream View, the tech giant's new VR setup, compatible with its Pixel smartphone. As I reported then, with Maguss Wand still gunning to bring its product to mobile users, "this won't be a race to market, but a test to see who can create the most ~magical~ adventure."

Tokar doesn't seem particularly concerned about the impact of Google's "Harry Potter Go" game on his project. The key distinction for Tokar is the difference between VR setups, like the upcoming Fantastic Beasts game, and augmented reality titles, like "Pokemon Go" and Maguss Wand.

"[Maguss Wand] is AR with an optimal physical device for more immersive gameplay," Tokar says. "We think it could have higher potential [than Fantastic Beasts], as it is more accessible to almost anyone without a need to be attached with wires to a console."

Maguss Wand may be poised to correct many of the problems users have had with Niantic's "Pokemon Go" gameplay. Pokemon trainers from rural areas had difficulty finding monsters near their homes to capture, and were forced to buy Incense or travel to more populated cities in order to catch 'em all. The emphasis on walking in "Pokemon Go" posed problems for players with mobility impairments.

Tokar's game will reward players for their activity, as "Pokemon Go" does, but the creator says he also wants to ensure that the experience is enjoyable for all users.

"Since the very beginning," he says, "I wanted to support/create a game that gives some credit to people that are willing to get out and move around to play. VR doesn't offer that possibility." For players with mobility impairments, Tokar says Maguss Wand "can be played without GPS enabled."

Maguss Wand also has a "quite simple and smart solution" for the problems rural players faced with "Pokemon Go." In-game maps will "offer various tags to which a creature, item, or an interesting location may be attached. That can be anything from lakes, rivers, parks, forests, [or] mountains to more urban locations such as shops, cinemas, etc." Tokar goes on to say that Maguss Wand will incorporate locations that have been customized by players themselves, which means you can still have a great gameplay experience, even if you're the only player in your area.

Maguss Wand's sights seem to be set on creating a game that's fun for every user, no matter their location or level of investment. Although much focus has been placed on the mobile title's wand peripheral, Tokar wants all potential players to know that Maguss Wand can be played and enjoyed to the fullest using just a smartphone. "The game can be played without a wand, just by drawing a spell glyph on the phone screen," he says, adding that the mistaken belief that the peripheral is required to play causes more casual, conservative, and cash-strapped gamers to shy away from the title.

Although the Maguss Wand Indiegogo campaign was a resounding success, there's a long road ahead of Tokar and his team, but they're ready to take on the challenge. He says:

It's been a long and tough journey. Financing the entire project development myself and trying to keep it alive was hard. However, looking for people with same interests who are willing to work for free or at a lower wage, only because they see the huge potential in the game and want to see it succeed, made it special. Thanks to that, we had a chance to put together an amazing team of professionals with vision that were eager to bring this to success. Indiegogo is just the very beginning, [and] it helps to keep the development going and build up an audience full of awesome people that are in constant interaction with us through our forum. We are very excited about them trying the game!

Beta-test access is available to all Maguss Wand backers who pledge $25 or more to its crowdfunding campaign. The Maguss Wand beta launches on Dec. 1, with an open beta scheduled for February 2017.