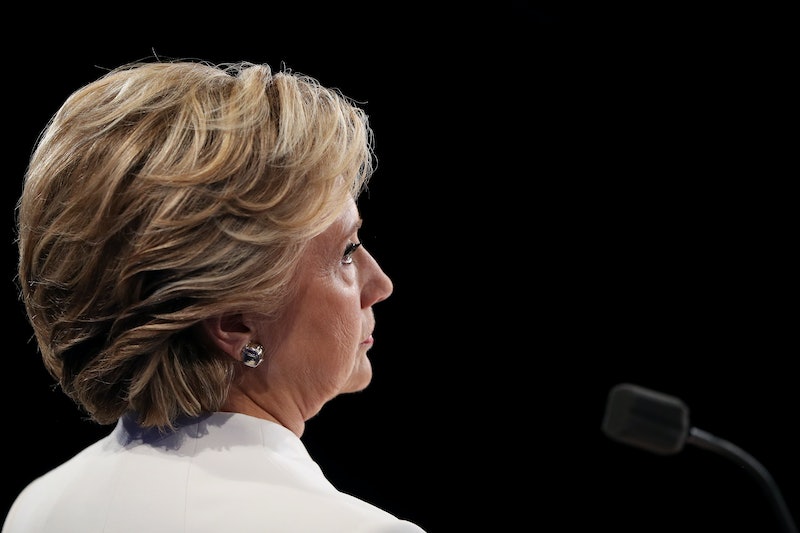 Roses are red, and violets are blue; red states still need to vote, and blue states do too. In presidential elections, talk of results often comes down to just those two colors, creating a patriotically colored map but an oversimplified view of the election. When it comes down to election day, votes in blue states matter just as much as votes in red states, giving nobody an excuse to stay home from the polls.

If you've paid attention to recent polls, you've likely noticed that Democratic nominee Hillary Clinton enjoys a comfortable lead in many of them. In fact, there are several different ways of predicting the election that favor Clinton. Yet, despite her apparent lead, voters in traditionally blue states still have reason to vote.

First of all, there's the fundamental idea that every eligible American should vote. After all, it's a right of American citizens that isn't enjoyed by many people around the world. Who are blue-state voters to brush off that right as if it doesn't matter? The same could (and should) be said for red-state voters. If you don't vote, regardless of where in the United States you live, you waive one of your most important rights as a citizen.

Another reason for blue-state voters to take action during the upcoming election should seem equally obvious: Polls can only predict elections as long as the right people vote. Sure, it looks like Clinton could easily win November's election, but what if enough voters in core blue states decided they didn't need to take the time out of their day on Nov. 8 to vote? The polls they'd been reading for the past several weeks may not hold true.

Finally, blue state voters should head to the polls, regardless of their political affiliation, because it's becoming increasingly more difficult to tell red states from blue states. Traditionally, a state's geography, dominant industries, and religious affiliations often made delineating between red and blue states pretty straightforward. In recent elections, though, states have grown more and more "purple," showing a mix of support for Democrats and Republicans. According to Reuters, Trump has divided many groups of voters in new ways, helping to blur the traditional lines of support that have run through the country in previous contests. With this year's election, there is the potential for many traditionally red states to turn purple or blue — or to support an independent candidate (*cough, cough* Utah). As a result, voters in blue states should voice their opinions in order to help define the new landscape of political support that could come out of November's election.

Voter turnout remains a concern in any U.S. election. According to Pew Research Center, voter turnout in the United States has lagged far behind turnout in most other developed countries. The notion that voters in what appear to be strong blue states don't need to vote in the upcoming election could only further hurt that turnout on election day. In reality, voters on both sides of the aisle, regardless of which state they're registered in, need to stop by a polling place on Nov. 8 to make the most of their rights as an American and to be a part of the change that could be sweeping traditional models of political support.