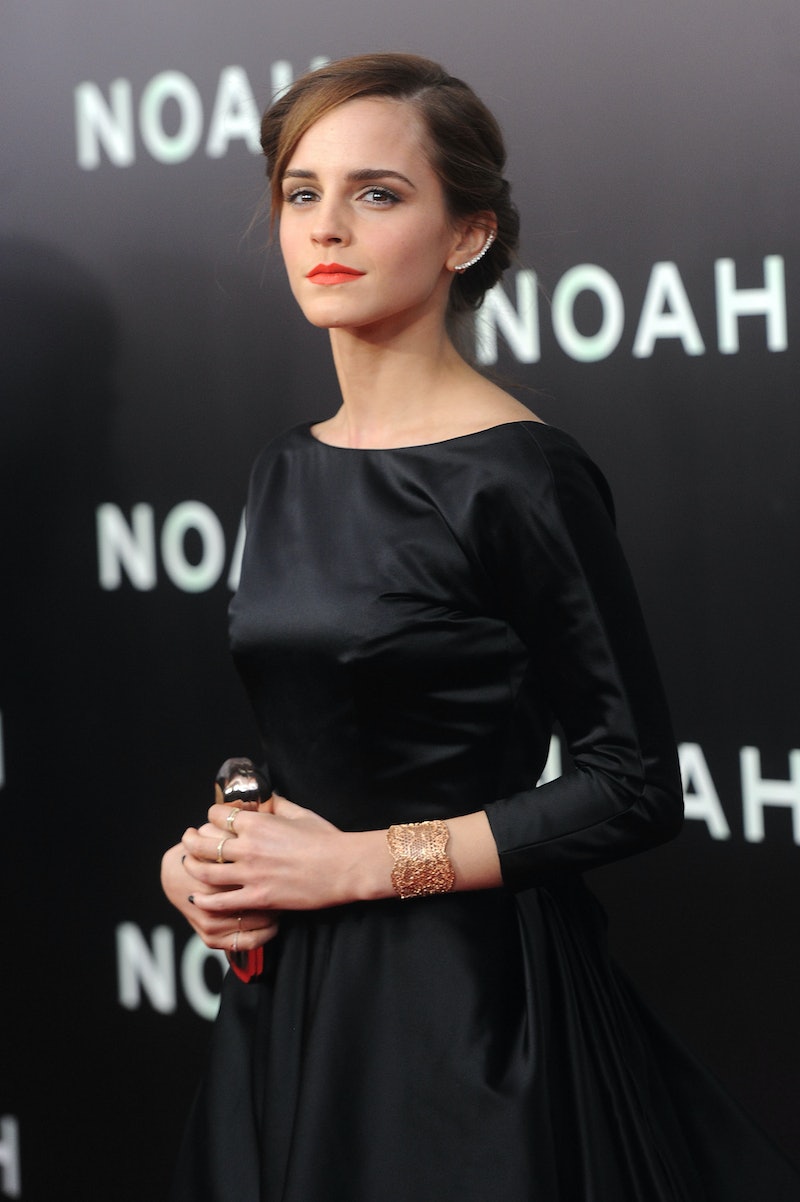 After awards season ends, there’s always that fleeting fear that you’ll never see another ridiculously good-looking red-carpet event again until the following awards season, only to realize the lineup of spring and summer blockbusters around the corner means some of your favorite A-list celebrities will be making their rounds at premieres and photo calls all over the world. And this year is no different. With films like Divergent , Captain America: The Winter Soldier , and even Veronica Mars all making recent debuts, we’ve been nearly overloaded with great looks from gorgeous stars like Shailene Woodley, Scarlett Johansson, Kristen Bell, and more.

Oh, and did we mention the unbelievably fashionable cast of the new movie Noah , starring the always-brilliant Emma Watson and the ever-chic Jennifer Connelly? Well, the two stars were at it again on Wednesday night, hitting New York City for the film’s most recent premiere and battling it out in their dramatically different takes on the beautiful black dress.

Watson kicked off the event in majorly head-turning fashion, taking over the red carpet in a flawless, ultra-glamorous Oscar de la Renta gown that in and of itself was worthy of an Academy Award. Pairing the look with a simple updo, classic black pump, and boxy clutch, Watson was the picture of minimal-but-remarkable Old Hollywood style.

Though the rich, satin, all-black number — featuring a three-quarter-length sleeve and voluminous skirt — may have been too boring for some from the front, it was all drama in the back, thanks to the open back, tiered train, and little velvet bow that finished it all off. It seems Watson has a thing for making a memorable exit, as she donned a gown with a similarly stunning back at the film's Berlin premiere just weeks ago.

While Watson went all in on elegance, her co-star opted for a look that was just as chic, but quite a bit edgier and more casual. Sporting head-to-toe Louis Vuitton, Connelly chose a long-sleeved leather mini dress, throwing in her own visual surprise with a tweed, asymmetrical skirt and patent leather, burgundy booties.

Not only could her daring look be farther from Watson’s soft and sweet ensemble, but even Connelly’s makeup was the complete opposite of Watson’s, as she opted for a bronzed effect on her eyes, cheeks, and lips. Watson, on the other hand, paired her minimal eye and fresh face with a color-soaked orange lip.

So which star won this round in the battle of the black dresses? For us, it's a race that's just too close to call.