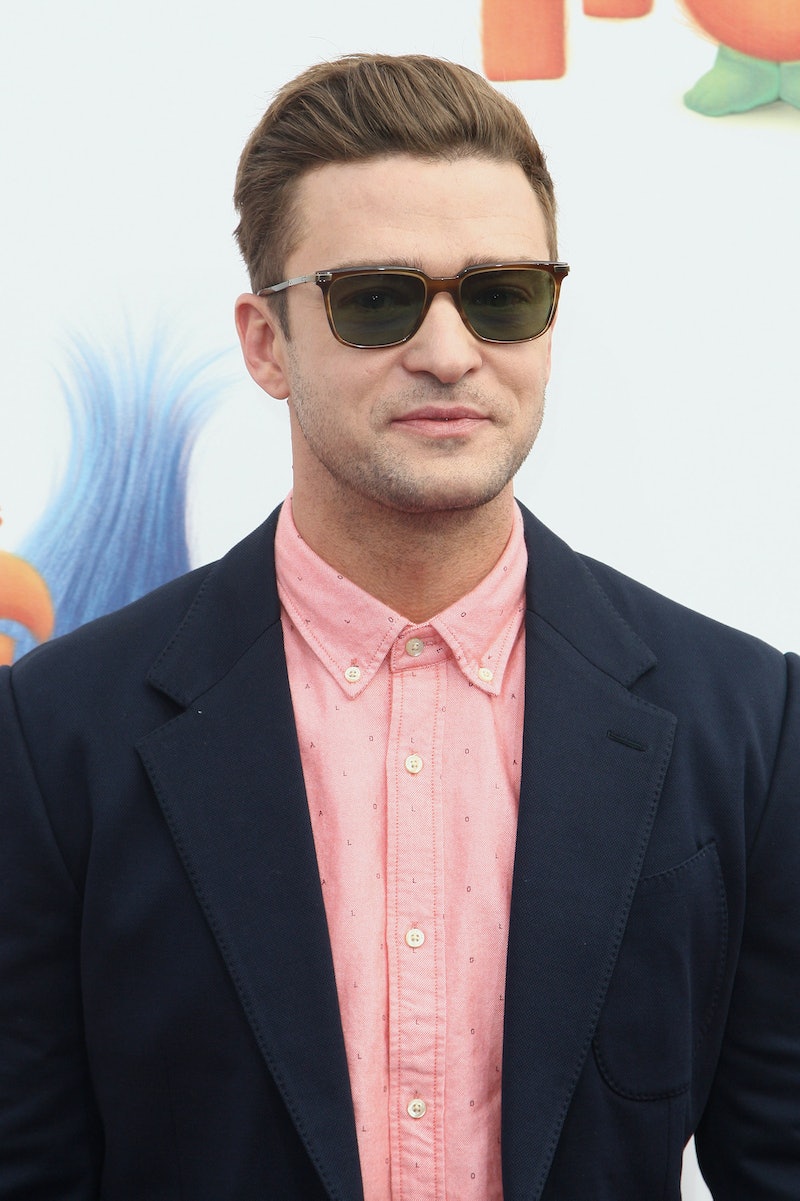 I have been a fan of both Justin Timberlake and Jessica Biel since the early '00s, so it's been a wild ride to see them get married and start an adorable family of their own. If Neil Patrick Harris has taught me anything year after year, it's that it's a Hollywood family right of passage to put together an epic family Halloween costume, and the Timberlake-Biel family delivered this year! Timberlake, Biel and their son, Silas, wore amazing Trolls costumes and did a little promo for poppa Timberlake while they were at it.

In case you've been living under a rock and haven't listened to the radio, Timberlake's song "Can't Stop The Feeling" is from his upcoming family film Trolls, which co-stars Anna Kendrick, so promo tour time is in full swing. The film is opening this Friday, Nov. 4, and Timberlake took the opportunity to use his adorable family to help him out a little.

In a snap Timberlake shared on Instagram, he wrote, "When you make your whole family dress up as the characters from the movie you're in but your wife secretly loves it and your son won't keep his troll wig on..."

I mean, these were not just any trolls. They're dressed like the actual Branch and Poppy from the film, down to every detail, and they look so good. It's also so sweet that Silas is dressed just like his dad. (I have to sit down and gather my thoughts around the fact that JT from *NSYNC is a dad. My 13-year-old self still gets a good shock from that now and then.)

Obviously, these costumes needed a good amount of planning and Timberlake actually gave a little hint about his family's plans during the LA premiere of Trolls. He told Extra's Mario Lopez, “I’m trying to put together a family theme, I may pull some rank and see if we can, maybe we’ll be Trolls. Maybe we’ll be some characters from the movie." He knew what he was doing and it worked.

Biel also posted a family portrait that lets fans see more details on the front of the costumes and, yep, they're pretty epic. It looks like Silas really didn't have any time for this, but he gets a pass as he's not even two years old yet.

I foresee a lot of fun and adorable family costumes in the coming years for the Timberlake-Biels, and I am ready.