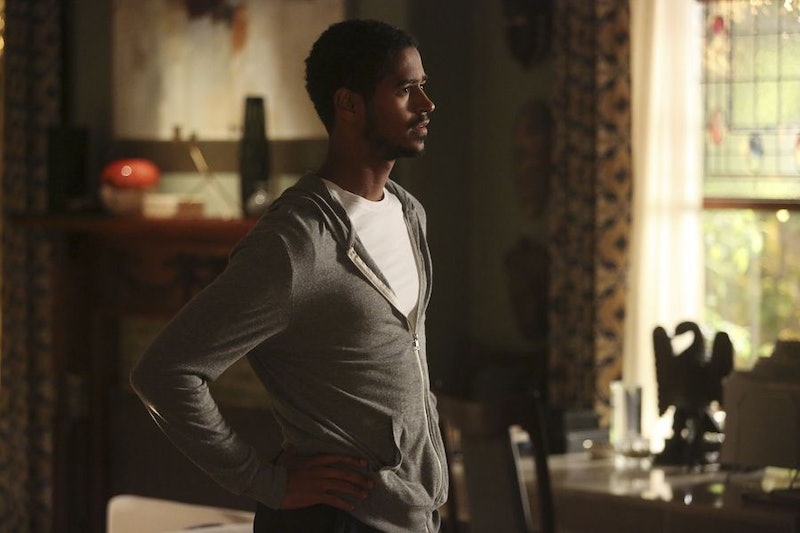 Annalise has ruined the lives of, oh, everyone she’s ever known, so for one of her Keating 5 associates to want to take revenge against her isn’t surprising. For me, it’s who that’s surprising. The show has been flashing forward and backward all season long, but the moment furthest in the future has been Wes selling Annalise down the river in exchange for blanket immunity that he couldn’t be charged as an accomplice in any of her crimes. Annalise’s charges at the moment are arson and first-degree murder, so my guess is that she killed someone in her house and then set it on fire. Wes must have known about it, and he spilled the beans to the cops. But where is he getting his motivation and hate of Annalise? This is quite the long con.

The way I see it, there are two choices — Annalise hurt Laurel, who Wes is now in love with (and may be the father of her baby, since she’s pregnant), and Wes is tired of being in this circle with Annalise and wants to make her pay. The other choice is that Wes has actually been planning this since Season 2, when Annalise consistently lied to him about his parentage. Honestly, I would have sent Annalise to the slammer for much less, so I support him in his endeavors. Someone needs to put a stop to Annalise’s hateful ways, and the fact that its her favorite Keating 5 member and surrogate son just make it that much more delicious.

More like this
What’s New On Netflix: 'Stranger Things' & 'Mean Girls'
By Arya Roshanian
At 14, Kate Berlant Had A Wheelie Backpack & One Line In 'Lizzie McGuire'
By Samantha Rollins
James Marsden Kept Teddy’s Westworld Season 4 Return A Secret “For Years”
By Brad Witter
Don't Expect To See Your Fave Modern Royals Depicted On 'The Crown' Season 6
By Jack Irvin
Get Even More From Bustle — Sign Up For The Newsletter