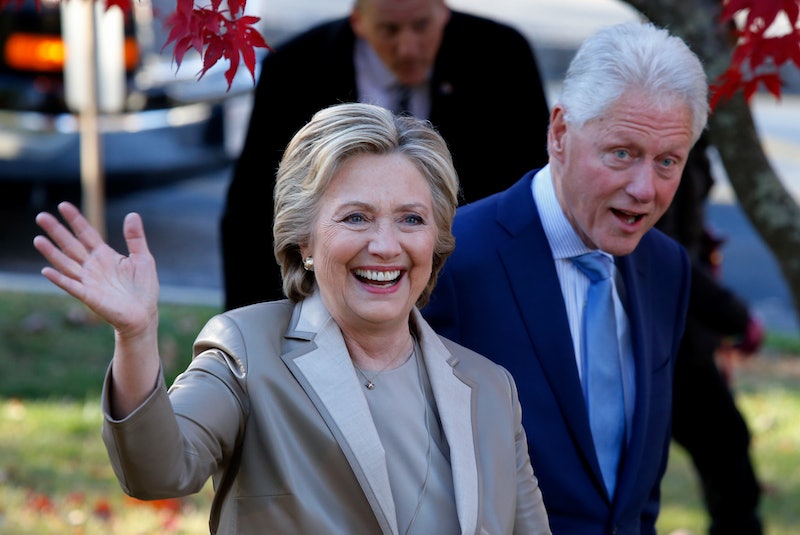 It's no secret that the 2016 election will go down in history. In 1920, the 19th Amendment was ratified and women were granted the right to vote — a basic privilege and responsibility of citizenship that men were already were entitled to. To think, only 96 years ago, women were not considered to be intelligent or politically-minded enough to have the same rights and expectations as men. Now, in 2016, we've nominated a woman to be the first ever president of the country. To say we've come a long way is an understatement — the fact that "Madame President" might be soon in our repertoire is a true sign of our progression as an equally valued society.

There are many women who helped pioneer this path for other women who have helped our society to see gender equality as a basic human right, rather than an earned privilege. These women were known as suffragists, and dedicated their passions toward changing the course of politics forever. Without their commitment and bravery, not only would a women not be permitted to run for office, but we wouldn't be able to vote for her. So today, let's celebrate these women, because no matter how the election turns out, we're making history.

Perhaps the most notable name in conversations around the suffragettes, Anthony is often honored for her work as an abolitionist, author, speaker, and head of the National American Woman Suffrage Association. Today, people placed their "I Voted" stickers on her grave to show thanks.

Stanton too was a president of the National American Woman Suffrage Association. She was an activist who joined forces to with Anthony to fight the United States Constitution for equal rights for women. She also wrote the Declaration of Sentiments, regarding her views of female equality.

An activist, a journalist, and the brave leader of the anti-lynching crusade in the 1890s. She ended up being a huge power behind paving the way for women of color to vote.

Mahoney became the first African American nurse to finish schooling in 1879. She was also one of the first black women to register to vote in the city of Boston after the 19th Amendment was ratified.

The daughter of Lucy Stone, a woman deeply involved in the American Woman Suffrage Association, Blackwell began writing about women's rights in a journal which helped to amplify her own mother's efforts and those of other members of the suffragettes.

Exactly 100 years ago, Rankin was the first woman to ever hold federal office in the United States House of Representatives.

One of the countries most notable names in the civil rights movement, Parks was a hugely influential voice in gender equality movements as well. She became the face of modern civil rights and empowered many women to raise their own volume.

In 1851, Truth made a speech that would empower women for centuries to come: "Ain't I a Woman?" was given at the Ohio Women's Rights Convention. After freeing herself and her daughter from slavery, she dedicated her life as an active member of the equal rights movement.