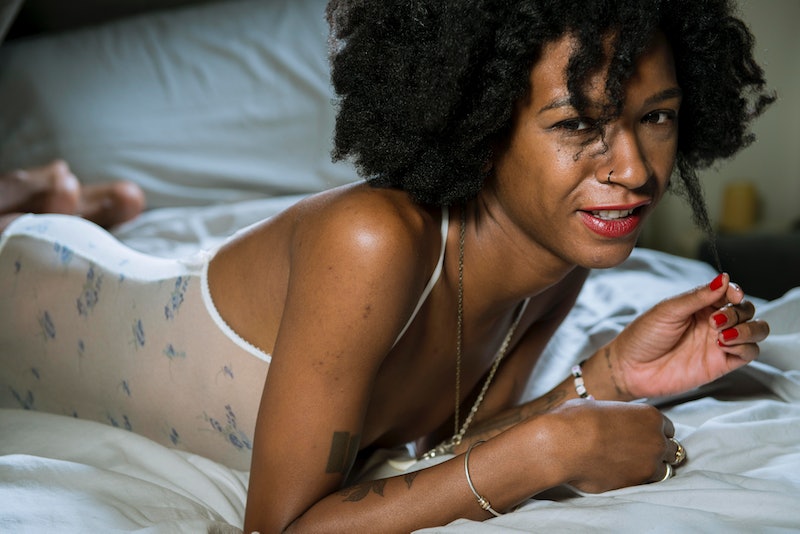 With Donald Trump becoming the U.S. president-elect, you may be wondering what that means for you and your birth control. Even though a lot of people are freaking out about what they’ll do if certain birth control methods are governed, Trump is not president yet. There are long-term birth control solutions available that you can get before Trump is sworn in on January 20, 2017 — and even methods that will last past his term. And if you do not get long-term birth control before he’s sworn in, current health care and birth control regulations likely will not happen right away. So don’t panic.

“I have been getting a number of panicked calls from my patients who want IUDs immediately,” Sarah Yamaguchi, MD, OB/GYN at Good Samaritan Hospital in Los Angeles, CA, tells Bustle. “[But] I think it will take time for Trump to change policies, so there is no need to rush into your gyn office. However, I am still going to recommend the best option for contraception, and that may or may not be the IUD.”

Of course, down the line, healthcare surrounding birth control methods could change. For instance, it’s no secret that Trump wants to repeal the Affordable Care Act, otherwise known as Obamacare. Under the act, women with health insurance are able to get birth control for free. That’s millions of women and many millions of dollars.

Trump has also mentioned defunding Planned Parenthood and VP-elect Mike Pence has had beef with them for years, which is a huge deal, of course, since many women not only get check-ups there, but also methods of birth control. Currently, Planned Parenthood receives $528 million in government funding.

“Things will not change overnight, and there will be health care professionals to help and take care of women irrespective of the changes with the Affordable Care Act or if Planned Parenthood is defunded,” Dr. Michael Krychman, Executive Director of the Southern California Center for Sexual Health and Survivorship Medicine and co-author of The Sexual Spark: 20 Essential Exercises to Reignite the Passion, tells Bustle. “Birth control has always been around since the beginning of time, and I feel strongly that any political party, Democrat, Republican, or Independent, will continue to provide safe effective contraceptive choices for women. “If you’re worried, act NOW — do not delay. Schedule an appointment to get all your health care needs addressed, not only contraceptive considerations.”

The good news? There are long-term birth control solutions you can look into going forward in a Trump presidency. Here are four to consider.

“The presidency term is four years,” says Dr. Krychman. “Long-acting IUDs (intrauterine devices) can work for three, five, even 10 years — good coverage for many years. They’re excellent choices — safe, effective, and well-tolerated. With change, people need faith and trust. To me, IUDs are reliable and consistent, and that equals trust.” And some IUDs can even work up to 12 years. Wow, right?

How do IUDs even work? “An IUD is a small ‘T’-shaped device which is placed into the uterus by a medical provider,” Dr. Kecia Gaither, MD, a double board-certified physician in OB/GYN and Maternal Fetal Medicine, tells Bustle. Different brands and types last for different lengths of time. For instance, “There’s the hormonal Mirena IUD (effective for approximately five years) and the copper ParaGard IUD (effective for approximately 10-12 years). These devices prevent pregnancy and are deemed to be more efficacious than oral contraceptives, patches, or vaginal rings.”

In addition, “The ParaGard IUD doesn’t utilize hormones, but is wrapped in a tiny bit of copper,” says Dr. Gaither. “This type of IUD works by affecting the way sperm move; sperm are, in effect, ‘put off’ by copper and swim away from it. They ultimately can’t get to an egg; thus, they can’t fertilize it. The IUDs which utilize hormones, like the Mirena, Liletta, Skyla, and Kyleena devices, contain the hormone progestin, which prevents pregnancy in two ways — it thickens cervical mucus, which serves to block sperm, and it prevents ovulation (no egg available for sperm to fertilize).”

Yes, there are side effects from using IUDs, such as cramping and bleeding. A few include: Mood swings and acne that may come along with the hormonal IUD, while more painful cramps and heavier periods may result from copper IUDs.

The good news if you and the IUD don’t get along? It’s reversible! You can always get it removed. But, fun fact: Female OB/GYNS prefer IUDs over other birth control methods. A 2015 study in the journal Contraception found that 42 percent of providers used LARCs, aka Long-Acting Reversible Contraception like IUDs, versus 12 percent of women in the general population.

“Almost all women, including teenagers, now make great candidates for the IUD,” Sherry Ross, MD, OB/GYN and Women’s Health Expert, tells Bustle. “European countries have as many as 20 percent of women using IUDs while Americans have only three percent of women using IUDs — even though it has just a one percent failure rate as contraception compared to the nine percent failure rate of the birth control pill. The modern-day IUDs have an excellent safety record and are now commonly recommended to women.”

“Thousands of panicking women are calling their gynecologist to see if they can get long-acting birth control, including the IUD and progesterone arm implants, to carry them through Trump’s presidency,” says Dr. Ross. “The wonderful thing about the birth control implant is that it protects you from getting pregnant for three years without having to ingest a pill every day.” So, an implant is an ideal method of birth control if you want something more long-term, yet not as permanent as sterilization. Progesterone arm implants come under the brand names of Implanon and Nexplanon.

When you get the implant, a thin, plastic matchstick-sized rod is inserted into your arm. It then releases the hormone progesterone. And, good news: It can be used by women who cannot take estrogen. The implant then keeps eggs from leaving the ovaries (technology, huh?); hence, there’s no egg to get together with sperm.

However, it doesn't come without side effects. “The big negative side effect of Nexplanon is that some women experience irregular, long periods that are inconvenient enough to want it removed,” says Dr. Yamaguchi.

“Choosing a method of contraception is a very personal and important decision,” Philip Werthman, MD, urologist and director of the Center for Male Reproductive Medicine and Vasectomy Reversal in Los Angeles, CA, tells Bustle. “Vasectomy is the most common male sterilization procedure, with about 500,000 being performed in the United States each year.”

Plus, some heterosexual couples do not want to have children, or more children, so vasectomies come into the picture. “If you are done with your childbearing, consider a permanent solution,” says Dr. Krychman. “Long-term, permanent contraception for both men and women is always an option.”

In fact, you may know males who have had vasectomies. After all, they are part of the birth control equation, too. “Women have always taken the lead when it comes to birth control and permanent sterilization is no different — 27 percent of women get a tubal ligation, while only nine percent of men get vasectomies,” says Dr. Ross. “I would love to see more men taking charge of this permanent sterilization process. After all, a vasectomy is a less costly, faster, shorter recovery, and safer office procedure, while a tubal ligation involves general anesthesia, a longer surgical procedure and recovery and is more costly.”

Need the 4-1-1 on how a vasectomy works? It’s an outpatient surgery wherein the vas deferens are blocked — which are the tubes that carry sperm from the testicles to other glands. That’s when the sperm mixes with other fluids and becomes semen. So, after a vasectomy, a man can still ejaculate, with one big change — his semen no longer contains sperm. Hence, his partner cannot become pregnant — the failure rate is less than one percent.

What’s the catch with vasectomies? Some men experience side effects, like swelling or pain in the affected area. And although vasectomies are usually reversible, getting one reversed poses risks, too, like infections or epididymal dysfunction, i.e., the epididymis may stop producing sperm or produce dysfunctional sperm.

“An option to consider prior to having your vasectomy is sperm banking,” says Dr. Werthman. “Some men choose to have their sperm frozen and stored just in case they change their mind and want more children in the future. Having frozen sperm would mean that they would not necessarily need a vasectomy reversal or have to do in-vitro fertilization, both of which can be costly.”

“Permanent sterilization can be a liberating and celebrated experience for couples,” says Dr. Ross. “For women, it has traditionally been getting the fallopian tubes tied, also called a tubal ligation, and for men, it’s getting their ‘tubes’ tied as well, known as a vasectomy.”

When women talk about getting their tubes tied, here’s the DL: Their fallopian tubes are closed or blocked. If they’re tied or cut, it’s a tubal ligation. Another method is known as Essure (aka transcervical sterilization), a non-hormonal and non-surgical procedure, wherein tiny inserts are put in the tubes and the scar tissue that grows around them ends up blocking the tubes. It’s over 99 percent effective. However, side effects can range from cramping to vaginal bleeding, with chronic pelvic pain as a longer-term risk.

So, What Should We Do?

“Once everyone gets over the initial shock of the election results, in general, I encourage women to act instead of panic,” Kelly Culwell MD, MPH, and Chief Medical Officer at WomanCare Global, tells Bustle. “If you have been putting off that preventative care visit — including starting a contraceptive method — this would be a great time to stop procrastinating. The most important part of choosing a contraceptive method is choosing a method that is right for you, after counseling by a healthcare provider who is knowledgeable and puts the patient at the center of the discussion. This is not the time to rush to get a method that may not be right for you. But if you are interested in a particular method — there is no time like the present!”