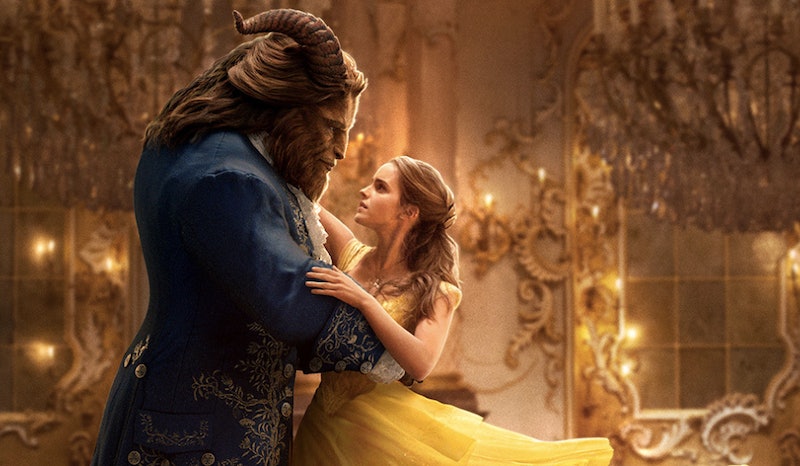 A live-action sequel has more than a few mountains to climb, born out of the concept alone. But when you add to it the pressure of maintaining the empowering elements of a female lead, contemporary expectations of female characters, and the logistical issue of bringing animated companions to life in a live-action setting, you've basically got a filmic Everest begging to be climbed. Luckily for fans of Beauty And The Beast , director Bill Condon appears to be well equipped for the challenge. Speaking to me a few days before the release of Beauty And The Beast's first official trailer (below), Condon explains just how hard he and the film's animators and writers worked to create a film that fans will love.

"We came at it with such an equal love of the movie that I think you can only use your own kind of criteria as a guide. It's [about] making sure that we're not betraying something," he says via phone.

And the film's first line of defense — its appearance — was of great concern to Condon and the animators, who worked to ensure that the film did the process right.

"We did the voice [recording] but we also shot the characters as they did it," says Condon, explaining that these visuals helped inform the characters without serving as an exact blueprint. "I didn't want to do — we could have done a regular Ewan McGregor face inside of Lumiere but that didn't seem right. It seemed a little creepy actually, but there are things about his particular kind of joy that get captured in the facial thing. And it's extraordinary how often this clock face so often looks just like Ian McKellen, because again the animators were able to look at Ian as he said the lines and sort of then translate that into the clock."

But beyond the dynamic duo of best frenemies Cogsworth and Lumiere, Mrs. Potts seems to be one of the most true-to-life animated characters from the film. "The one you see the most of, weirdly, is Emma Thompson. Because she has that distinctive, amazing mouth of hers and those eyebrows, so I think a lot of that gets captured in Mrs. Potts without looking like it's her, that she's stuck inside a piece of porcelain," says the director.

To capture the Beast, who's a bit harder to pin down as the romantic lead of the film, Condon says the team employed a rare technique to ensure that Dan Stevens' acting showed through the animated Beast head.

"It started with building [the head] for real, and then it was a suit that Dan was able to pull on and a head and we rehearsed like that so it had a reality to it," he says. "But the actual CGI process that we used knowing that he was the romantic lead of the movie and that it was crucial for Dan to come through in a way that we'd never seen before, we did use this process that's pretty uncommon, where he didn't have those dots across his face as we were shooting or anything impeding him while we were shooting. It was just Dan's face that Emma and everyone got to play with. And then at night, he would go and recreate that performance in this big machine, where his face was sprayed so that absolutely every pore of his skin was captured."

Hopefully, after all of those steps, fans are satisfied with the final result of a character that so many of us have known for so many years.

And while the depiction of beloved characters from the shelves of the Beast's mansion will certainly be a concern of every fan of the original film, so will the idea that Belle is a young woman who's absolutely thirsty for knowledge and books. Luckily, as star Emma Watson mentioned in a recent interview, Belle is something of an inventor in the film.

Condon cautions fans to not rely too heavily on that description, as it's not Belle's entire character, but teases some other elements that fans who crave that empowering element of Belle's character can look forward to.

"It's not a defining characteristic ... it's something she shares with [her father] and she uses. You'll see, it's a short moment in the beginning, [she] uses kind of for good social ends," says Condon. "In the original, Belle is very interested in learning. In this version, she's very interested in helping other little girls to learn." The director also teased that "there are other kind of firsts in this movie that haven't been in Disney movies before" which, along with the promise of inspiring other young women to learn, is a pretty exciting prospect.

In 2016, and late 2015, Disney has been responsible for releasing so many films that work to empower young women and girls (Rey in The Force Awakens and the 16-year-old lead in the upcoming Moana, for starters). So it's thrilling that this reimagining of Beauty And The Beast could follow that developing tradition. And while Condon cautions fans to not "try to have the experience beforehand," he can't really blame us for getting excited, even if we are months away from seeing the film in full.

More like this
The 'Hocus Pocus' Sequel Finally Has A Release Date & It Makes Total Sense
By Shannon Barbour and Radhika Menon
'Derry Girls' Creator Teases Exciting Spin-Off Starring These Three Characters
By Olivia-Anne Cleary
Becky G Once Had A Fear Of Speaking Spanish. Now She's Topping The Latin Charts.
By Tess Garcia
9 Honestly Unbelievable Revelations From The WAGatha Christie Trial
By Frances Stewart
Get Even More From Bustle — Sign Up For The Newsletter