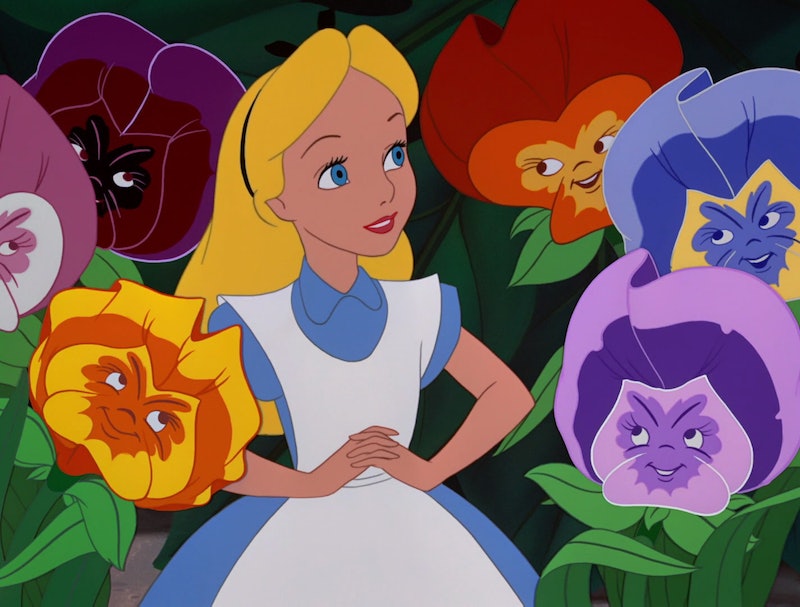 I used to think psychopaths were rare. I thought folks without empathy or remorse, who see others as fools to be manipulated and not three-dimensional people like themselves, were mostly to be found in Hollywood movies, not in real life. But in writing and researching my latest novel, My Sister Rosa , about a seventeen-year-old boy whose ten-year-old sister is a stone-cold psychopath, I discovered there are a disturbing number of psychopaths in real life.

Psychopaths also populate the classics of Western literature. I don't just mean the obvious villains like Cathy and Heathcliff from Wuthering Heights. There are also less obvious psychopaths hidden in plain view.

I'm sure you remember the children's classic Alice's Adventures In Wonderland . I bet you didn't notice what a disturbing tale it is. That's because its protagonist, Alice, is a psychopath.

Here are my ten reasons why. (All symptoms are from Robert Hare's Psychopathy Checklist. You can take our version, based on Hare’s here.)

As soon as Alice lands in Wonderland, she set about charming everyone she meets. No matter how strange she finds them:

“After a few minutes it seemed quite natural to Alice to find herself talking familiarly with them, as if she had known them all her life.”

Of course, moments later she's forgotten all about these brand new friends and is on to the next creature to charm.

Throughout her adventures in Wonderland, no matter who she meets, a talking rabbit or caterpillar, Alice is all about Alice. At one point she even declares:

“There ought to be a book written about me, that there ought!"

And a ticker tape parade too, I'm sure, Alice.

Later, the kind inhabitants of Wonderland give Alice a present. What is her response to such generosity?

“A cheap sort of present!" thought Alice. "I'm glad my parents don't give birthday presents like that!"

This one requires little explanation. What kind of person chases rabbits who talk and walk down a rabbit hole without a second's pause? Who takes odd potions and pills with no clear labelling as to side effects, or, for that matter, their effects.

Alice is heedless and fearless—the very essence of thrill seeking.

Alice spends much of the book complaining about being interrupted and contradicted:

“Alice had never been so much contradicted in her life before, and she felt that she was losing her temper.”

This is more than a little rich given how often she contradicts and interrupts other people, especially the March Hare and the Mad Hatter.

To Alice other people don't matter. Only Alice matters.

She shows zero respect for courts of law or authority figures. She directly defies the queen of this land she is a visitor in.

"Hold your tongue!" said the Queen.

Is she reminding you of a certain presidential candidate yet?

During the climatic court case Alice steals a pencil:

"One of the jurors had a pencil that squeaked. This of course, Alice could not stand, and she went round the court and got behind him, and very soon found an opportunity of taking it away."

Let us not sugarcoat it. That is violent theft. Alice is a 10-year-old juvenile delinquent with no impulse control. What is she going to be like when she grows up?

6. Lack Of Remorse Or Guilt:

Alice doesn't even realize stealing a pen violently from someone else is a crime. She exhibits no remorse and no guilt for any of her awful behavior while a guest in other people's home.

Alice is the worst.

7. Does Not Think Rules Apply To Them:

At no point does Alice pay any attention to the rules of Wonderland. When she visits the royal palace she notices that everyone around her is prostrate. Anyone who isn't a psychopath would realize that clearly this is the law of the land and would follow suit. Not Alice. Laws don't apply to her:

"Alice was rather doubtful whether she ought to lie down on her face, but she could not remember ever having heard of such a rule at processions; and besides, what would be the use of a procession of people had all to lie down upon their faces, so that they couldn't see it? So she stood still where she was, and waited."

To be fair, that quote could just prove she's British.

"What's your name, child?" the Queen asks her.

'"My name is Alice, so please your Majesty," said Alice very politely; but she added, to herself, "Why, they're only a pack of cards, after all. I needn't be afraid of them!"

Throughout the book Alice is peculiarly unaffected by this grand adventure she is on. Her emotions run the gamut from A to B. Her frights last mere seconds, as do her joys, and her appreciation of the sublime or the ridiculous.

Alice being Alice, she doesn't think the problem is with her, she thinks it is with the inhabitants of this new land. Why, they are only a pack of cards!

This is the very heart of psychopathy. Only the psychopath is a real person.

Her callousness in seeing everyone else as a mere playing card is clear. So is her lack of empathy. When the Queen asks her who the two humble gardeners are, how does Alice respond? Remember she knows the wrong response could lead to the Queen lopping off the gardeners' heads. Alice says:

"How should I know? It's no business of mine."

She does not care whether anyone but herself lives or dies.

Alice is all about Alice.

Exhibit A: The entire book.

We all know rabbits don't talk, right? Neither do hares or cats or any other animals.

To continue Alice's own metaphor, this entire story is nothing but a pack of Alice's lies. It is a brazen attempt to represent herself as a hero in a story where she helps no one, mocks everyone, steals their pencils, and feels no regret in doing so.

That is because, alas, Alice is a psychopath. They are everywhere.

Even in our most beloved children's books.

My Sister Rosa by Justine Larbalestier is available now.

More like this
The 20 Best Audiobooks To Fall Asleep To
By Aoife Hanna and K.W. Colyard
A 'Bridgerton' Star Just Dropped A Major Hint About Joining The Live-Action Barbie Cast
By Bustle UK
10 Must-Read New Books Out This Week
By K.W. Colyard
Akwaeke Emezi’s Romance Is *The* Book Of Hot Girl Summer
By Shahed Ezaydi
Get Even More From Bustle — Sign Up For The Newsletter