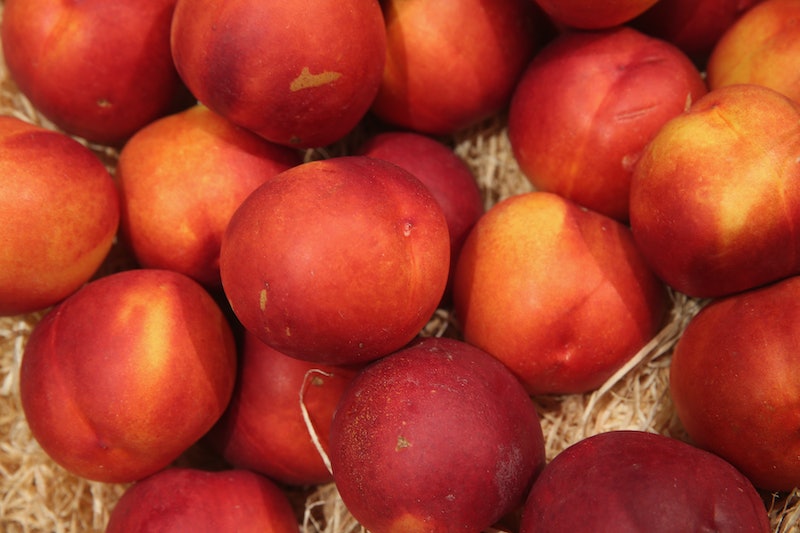 The world stopped turning earlier this month, and for a change, it had nothing to do with the election: When the beta build of iOS 10.2 came out, we found that the peach emoji actually looked like a peach now, rather than a... well, there's no delicate way to put it: A butt. Chaos ensued. Sadness rained upon us. But rejoice, my friends! For the peach emoji looks like a butt again in the latest beta version of iOS 10.2. The third version of Apple's mobile operating system's beta build returned the fuzzy fruit to us in its former shape, looking like a curvaceous backside. It makes the most sense, people. I mean, what were we supposed to do without it — write out the word "butt?" Even though we're still talking about a beta of iOS 10 (not the publicly released version), it would seem that Apple heard our cries for help and restored the fruit to its previous posterior-ness. (Bustle has reached out to Apple for comment and will update if/when we hear back.)

No one can say that Apple hasn't been responsive to our requests over the last few years, and their expanding options of emoji are proof of that. Just look at the selection of career women emoji, the woman runner emoji, the newer breastfeeding emoji, and the woman in a hijab emoji. Emoji are, in a way, a world language all on their own. Even the fruit.

So it wasn't all that surprising that the change to the popular peach was met with some dissatisfaction. It was in late October that the previous version of iOS 10.2 was released, and beta users were mega bummed when the software update changed the normally curvy peach into a more circular one.

This third beta version, released Tuesday, was met with a collective sigh of relief: The butt is back.

People take their emoji seriously, and for good reason. The inclusion and exclusion of certain images might be a reflection of something deeper — which is why we were so determined to bring more emoji options for women and minorities. And don't even get me started on the avocado emoji. Guac is life, and that emoji was long overdue. Seeing the butt peach emoji again has brought a wave of relief over me. Butts need love too.

So, everyone can calm down, because the booty fruit is back in action and the world makes sense again. Carry on. Text your friends suggestive comments about butts. Be happy.