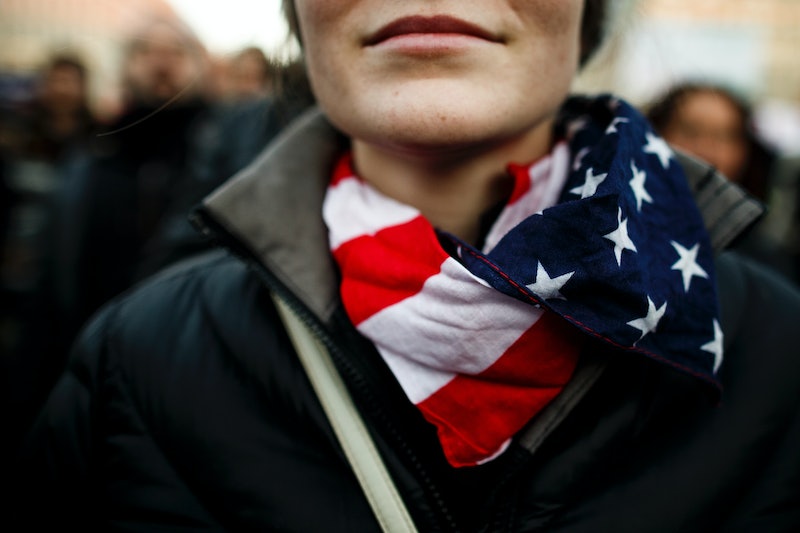 Every year, Oxford Dictionaries in the U.S. and U.K. each select a word to "reflect the passing year in language." For 2016, both sides of the Atlantic decided that Oxford Dictionaries' word of the year is "post-truth," and literally no one can be surprised by this.

Oxford Dictionaries defines post-truth as "relating to or denoting circumstances in which objective facts are less influential in shaping public opinion than appeals to emotion and personal belief." Although the post-truth concept isn't exactly new, usage of the term spiked by roughly 2,000% this year, a phenomenon attributed to coverage of Brexit in the U.K. and the presidential election in the U.S.

Post-truth was part of a shortlist of 10 words, most of which had political connotations. Some were obviously stronger contenders than others, but I'll let you decide which ones you like best. The nine other entries on Oxford Dictionaries' word of the year shortlist were:

What's your word of the year? Let's talk about it on Twitter!

More like this
Aesop's Queer Library Is Open
By Tomi Otekunrin
16 Novels That Paint A Realistic Portrait Of Abortion
By K.W. Colyard
5 Gripping Books To Read From Women’s Prize For Fiction Winner Ruth Ozeki
By El Hunt
Why You're Seeing Green Bandanas At Abortion Rights Protests
By Lexi Inks
Get Even More From Bustle — Sign Up For The Newsletter