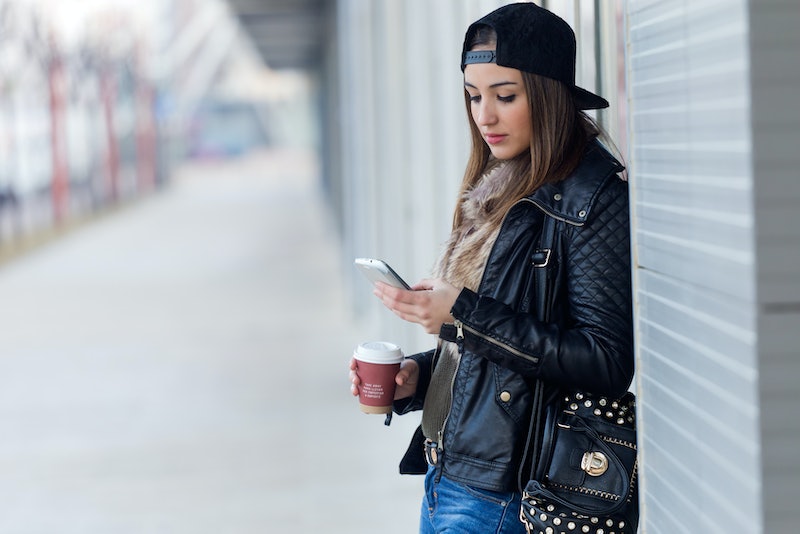 Things in America have definitely changed in the aftermath of the 2016 election. Since Trump's win became official, there have been protests and pushback, both on social media and IRL. Some people have experienced rifts with their parents thanks to political differences, and one woman even got a firsthand taste of her boyfriend's racism after Trump won. But it's not just our relationships with friends and family that have been affected — even our beloved dating apps are altering their experience in response to the controversial election results.

The League — an admissions-based app for the ambitious and educated — has been working its way across the U.S., launching in cities like NYC, Boston, and Chicago. Although they were set to launch the app in Washington, D.C. in January, CEO and Founder Amanda Bradford called an emergency meeting to push the D.C. launch date to November 17 in light of the current political climate. In a press release, the app explains: "The League will launch in D.C. not only to help strong men and women of all races, nationalities, and sexualities find partners who support them in their endeavors, but also to provide a supportive community for the thousands of women who may feel alienated by the current election results."

The nation's capitol has seen its fair share of anti-Trump protests since the election, and The League's premature launch is a step towards "bring[ing] progressive people of all backgrounds together," especially in a place as politically pertinent as D.C. But The League isn't the only app that's evolving in response to Trump's win. Here are two other dating apps who've introduced new features that are particularly relevant in the wake of the election.

Although not everyone is comfortable dating a Trump supporter, others are OK with political differences in a relationship. However, that doesn't mean that people like to argue about politics on a first date, especially now that tensions are running high on all sides. To (hopefully) prevent these arguments from arising, dating app Dine — which focuses on the "opportunity to experience someone's company and a new culinary adventure" — has introduced a new feature called "Let's Not Argue Politics" that allows users to flag their profile with the red and blue heart pictured above, which signifies that they aren't interested in political talk on the first date.

Though not everyone is disinterested in political banter, especially in the form of a healthy, mutually respectful debate, I have to admit, it's a simple, smart feature that might save less politically-minded users a lot of grief in these turbulent times.

Although Tinder's new trans-inclusive options were in the works long before the election results rolled in, they're especially important now given Trump's win. It's an open secret that dating apps tend to be pretty heteronormative: most just ask, bluntly, 'What are you? Male or female?' with no real thought for those in between. People who don't fit neatly into the gender binary can have difficulty finding love online when they aren't given proper options for expressing their gender identity and sexual orientation.

“Our goal is to provide a product that gives our transgender and gender non-conforming users a better experience on Tinder,” Tinder CEO Sean Rad said in a press release. “We’re really excited about the update and believe it is the right step to take as a company to create more meaningful connections between all of our users. Everyone is welcome on Tinder.” It's definitely a step in the right direction, though there's still a long way to go in terms of giving trans and GNC persons equal opportunity (in all respects, not just in terms of dating app visibility).

No matter what your dating app of choice is, it's safe to say that the landscape of online dating is being affected by the outcome of the 2016 election. Although Trump has perpetuated messages of hate towards many of marginalized communities, I'd like to think that if we're all a little more mindful of others and their struggles, we can spread love and make America a more accepting, safe place for all people.