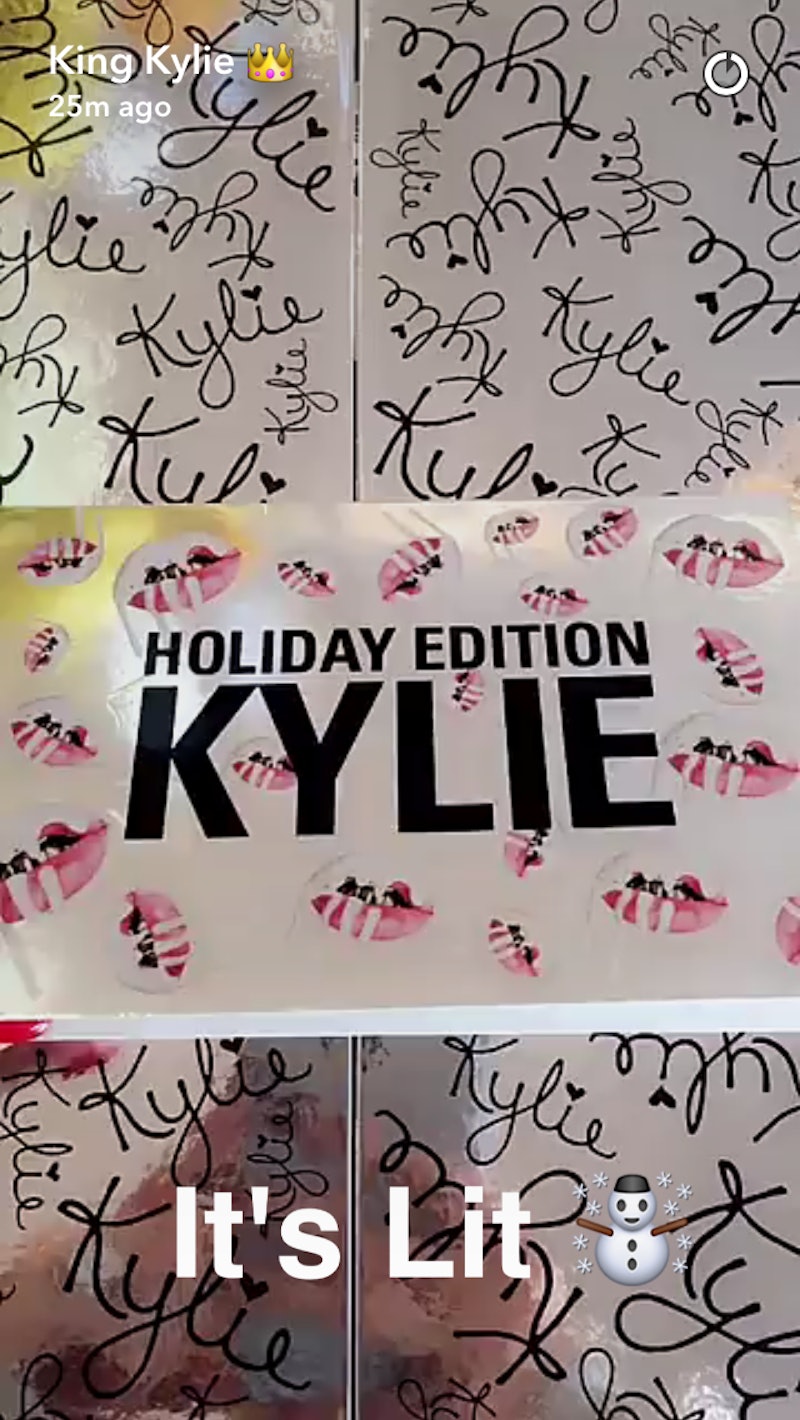 Wednesday night, Kylie Jenner took to Snapchat to reveal all of the goodies in her Kylie Cosmetics Holiday Collection, including five new lip kit shades, a set of mini glosses and a bunch of new eyeshadows. Of course, Twitter freaked out over all of the new products.

A lot of the items in her holiday collection are brand new, which helps drum up the excitement. Kylie will release five different exclusive lip kit shades, including a matte dark purple shade called Vixen, a matte rose shade called Angel, a metallic matte called Dancer, a bright purple shade called Blitzen, and a matte dark red called Merry. She also revealed a set of minis that are truly adorable, not to mention, the perfect stocking stuffer. Or you could just buy a Kylie stocking! That might be excessive though.

The news of her new lip kit shades, and the fact that several of the lip kits come in ornament packages, caused quite a stir on Twitter. People don't seem to be too impressed by the ornament packaging, but in her defense, what brand doesn't create some clunky "holiday" special edition packaging?

Kylie hasn't yet shared when exactly all of the items in her holiday collection will be released, but I have a feeling she might drop them on Black Friday.

People are anxiously awaiting their release.

The minis are pretty cute.

Stockings are for the hardcore fans — I'd be overwhelmed.

Fair, but 'tis the season.

And she might have the best roommate on the planet.