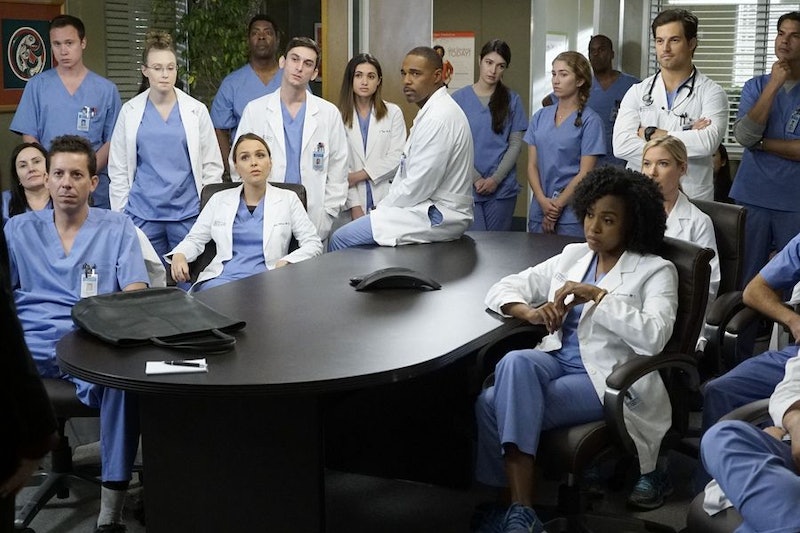 Let’s get one thing straight here — his name may not be on the hospital and he may not really be one of the stakeholders of Grey Sloan, but Richard Webber is that hospital on Grey’s Anatomy, and he’s been the hospital since the show started 13 seasons ago. That’s why it’s so shocking to me that it seems like Grey Sloan is going to let him float off into the either. Is Richard Webber getting fired on Grey’s Anatomy ?

This whole thing started when Catherine Avery, who is Webber’s wife, mind you, realized that a lot of the doctors at Grey Sloan are screw-ups. How she’s just realizing this now is beyond me, but hey — better late than never. Catherine attributed this to the education program in the hospital, which is run by Webber, and railroaded Chief Bailey into hiring an outside consultant to oust Webber and make their program great again (or however you want to phrase it). The only problem? Webber has no idea that Catherine is behind this coup (she is a bad wife TBH), and Maggie, who is Webber’s daughter with Ellis Grey, is none the pleased that this is happening. So, she’s taking a stand, and so are the other doctors. At the first sniff at the fact that Webber could get replaced, Maggie organized all of the other doctors to rise up and defend their mentor. But will it work?

I can’t really blame Bailey for being wishy-washy here, and Webber said as much to her, too. As chief, Bailey has to make the hard decisions, the decisions that run the hospital and keep things moving — she has to push aside the personal feelings she has for Webber and think about what’s right for the group. But as the group turns against her and the hospital, how will she handle it? These residents and interns and fellows aren’t going down without a fight. I think they’re going to battle back with everything they can for Webber. I’m looking forward to seeing their allegiance come into play, and I’m also interested in seeing what happens when Webber finds out his wife is behind all of this. Guess we’ll have to wait until 2017!