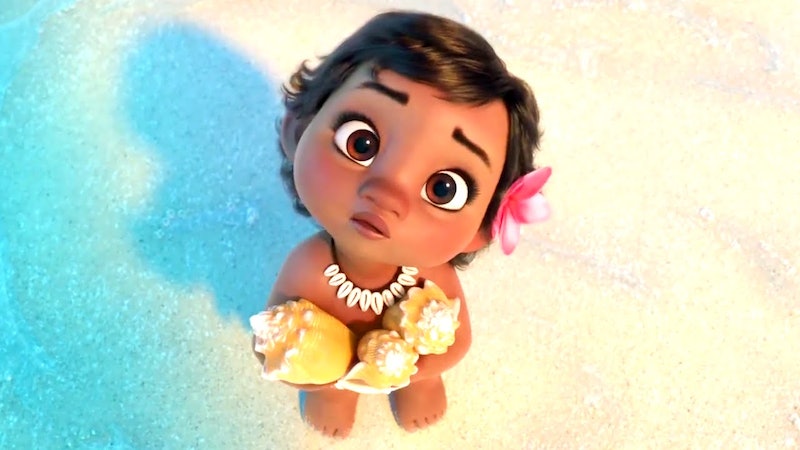 Disney's highly anticipated upcoming animated film Moana has an equally highly anticipated soundtrack, due in part to the fact that Lin-Manuel Miranda of Hamilton fame is involved with the music. Supposedly, the Moana soundtrack is on Spotify, but a lot of people are having trouble finding it. Especially me, and this is just unacceptable. So, is the Moana soundtrack on Spotify, or what? It turns out the answer is yes, but the album is surprisingly hard to find, so listen up.

If you click your way over to Spotify right now and type "Moana" into the search bar, what's going to show up below as the Top Result is the artist Maná. And, while I'm sure Maná is very talented, I'm real happy for them, and will definitely let them finish, they aren't the tale of a young woman setting sail across the world that I'm looking for. As it turns out, you actually have to type a surprising amount of the full name of this album into the search bar before it autofills with the Moana soundtrack itself.

The full title is Moana (Original Motion Picture Soundtrack/Deluxe Edition) , and, though you don't have to include that entire thing to find it, you do have to get as far as "Moana (Original Motion" before Spotify figures out what you want. Weird, right? It's like they don't realize how thirsty I've been for all these new tracks from Lin-Manuel Miranda. But at least you know now how to find the album, which was released in advance of Moana's Nov. 23 premiere, and you can listen to it to your heart's content. You know, by following the directions I described above or cheating a bit and just clicking the link I've included below. No magnifying glass or fingerprint powder required, you little kid detectives.

I'm not sure why Spotify has made it so tough to find, but I don't mind doing a little legwork if it means I get to enjoy the dulcet tones of Lin-Manuel Miranda, Auli'i Cravalho, or Dwayne "The Rock" Johnson. Just another case closed by this Moana soundtrack-seeking gumshoe.

More like this
Here’s How To Find Your Spotify Wrapped
By Emma Lord and Emma Carey
The 5 Best Smart Speakers For Spotify
By Claire Epting
This James Bond Event At Abbey Road Studios Was A 007 Fan's Dream
By Samantha Rollins
The 'Love, Lizzo' Harry Styles Scene Is Just 1 Moment That Made Fans Feel Seen
By Brad Witter
Get Even More From Bustle — Sign Up For The Newsletter