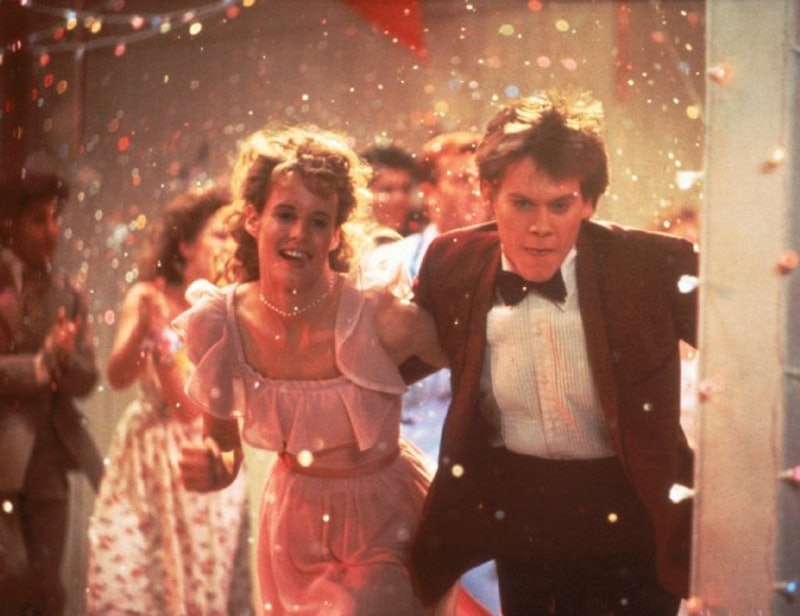 While most of us grow into our names and come to appreciate them as we get older, a case of parental naming regret seems to be universal to youth. As a child of the '80s, my coming of age was haunted by the baby names from the 1980s I wished my parents had actually given me during the decade. Actually, if we're really being honest, I still wish my mom and dad had given some of these names serious consideration. Not that there's anything wrong with Julie — it was one of the most popular baby names of the '80s — but there's a certain magic held by names that aren't yours, am I right?

The reasons we desired these names were diverse. Some came from our favorite characters on TV or in movies. Our imagination brought others to life as we turned the pages of dog-eared books. Music naturally kicked in some serious name envy, too. Even now, these things hold true. How many kids together are looking up to the Rowan Blanchards and Ariana Grandes of the world and wishing their parents had given them a name like that? Too many to count, probably.

So join me in looking back at the names we '80s babies wished our parents had the foresight to bestow upon us back then.

To this day, I'm not sure I've ever watched the entire Flashdance movie. But I watched just enough to spend my formative years trying to master Alex Owen's iconic dance routine. In fact, I blame that character for my unhealthy love of leg warmers growing up.

Thanks to the YA book series The Agony of Alice , legions of '80s kids kind of wished they could legally change their name to this classic five-letter moniker. Many lessons were learned in reading the series about Alice's many shenanigans, so Alice remains a solid choice for an imaginary namesake.

Remember Daisy Arujo in Mystic Pizza? It was one of Julia Roberts' breakout roles, and it's no wonder — she was impossibly charming as the bad girl with a good heart who fell in love with a rich boy from out of town. We all wanted to be her.

Show me a girl who grew up in the '80s and didn't pretend a some point or another she was Daryl Hannah's Madison from Splash, and I'll show you a girl who inexplicably never watched this must-see mermaid movie.

Ferris Bueller's Day Off hit theaters at the tail-end of the '80s, but that was all it took to launch our single-minded obsession with the movie's effortlessly cool lead, Sloane Peterson.

Diff'rent Strokes, The Facts of Life, Sixteen Candles, The Breakfast Club, Pretty in Pink, For Keeps . . . Molly Ringwald was all over our screens in the '80s, endearing herself to us as the beautiful but slightly awkward girl we all related to. Besides, this name is just about as precious as they come, no?

If no one ever introduced you to the feminist comic series Misty back in the day, you were missing out, my friend. When you couple that with the popular children's novel Misty of Chincoteague, and you had a recipe of viral name worthiness.

Yes, OK, anther mermaid. In our defense, though, The Little Mermaid wasn't our original inspiration where this name is concerned. Rather, it all started in a small town with a girl named Ariel and, well, Kevin Bacon. You know what I'm talking 'bout, fellow Footloose lovers.

It didn't matter how impractical having a name like Blondie would have been — practicality be damned! We wanted to be as rad as Debbie Harry's rock band, even if only by proxy.

While the Betty and Veronica comic series actually originated in the '50s, the first volume ended in the '80s and the second volume began toward the end of the decade, too. As such, you couldn't swing a stick without hitting a girl carrying these BFF comic books. And although Veronica was oh so glam, Betty was the girl next door you wanted really wanted to be like.

Two words: Julia Sugarbaker. My mom used to watch Designing Women in the afternoons while we played dress-up or pretend with our dolls, and I invariably always found myself glued to the screen whenever Dixie Carter came on. The spirited Southern belle made me wish I could simply swap the -e on the end of my name for an -a.

C'mon, not only was Tiffany the pop singer a total teen icon (don't pretend like you don't still know all the words to "I Think We're Alone Now"), but it also happened to be the name of the actress who brought Kelly Kapowski to life when Saved By the Bell hit the scene in 1989. In fact, is it just my imagination, or were an inordinately large number of cool girls named Tiffany?